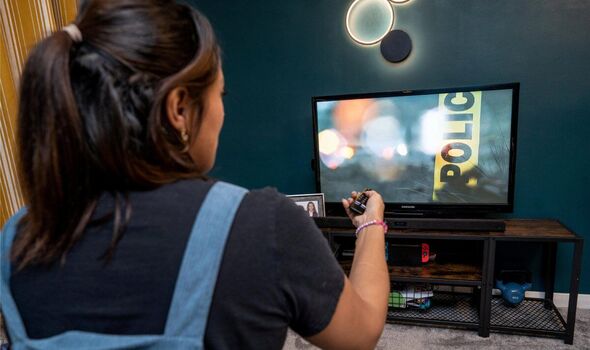 A study of 2,000 adults has revealed the intrigue of the private eye profession, and the impact that crime dramas have on the public.

Exactly half of those who watch crime dramas rate themselves as “armchair detectives”, picking apart clues and motives in TV shows.

And 91 percent can’t resist regularly chiming in throughout a police procedural to try and identify the killer.

The research was commissioned by new streaming service Viaplay, which has recently launched in the UK and includes Nordic Noir box sets, documentaries, and films.

“There’s a real thrill to watching the plan come together as the killer’s web begins to unravel, and we understand the thrill at home of trying to match wits with on-screen super sleuths.

“When it comes to Nordic Noir, this is especially evident due to its unpolished dark brutality and very authentic style of storytelling.”

When considering how a killer gives themselves away, 25 percent believe accidentally leaving DNA at the scene is most likely to be their undoing.

Leaving an incriminating item to be discovered by the detective, getting caught in the act on CCTV, and being found with a souvenir from the victim’s body, were all identified as other factors which catch slap-dash crooks out.

But despite confidence in their abilities as sofa-bound private eyes, the average Brit reckons they only guess the murderer right 36 percent of the time.

And one in three (34 percent) will only make a stab at the culprit once they know every character has been introduced.

For those who watch crime dramas, a plot full of twists and turns is the main factor which draws them to the genre, followed by a surprise reveal at the very end.

Other popular features of detective dramas include a clever, unflappable detective, a strong relationship between the protagonist and their partner, and a strong grounding in real police work.

If pressed to describe their own detective style, 37 percent consider themselves to be detail-oriented and analytical – poring over the evidence, inspecting the crime scene, and following clues.

The second most popular detecting type, however, was that of the loose cannon – hitting the streets, finding witnesses, and hunting the killer down the hard way.

Suspenseful crime shows were crowned the most popular sub-genre of detective drama by respondents, followed by psychological thrillers, and classic “whodunnit” detective fiction.

And the contents of these shows get under the skin of a third (32 percent) of viewers, who have incorporated extra safety measures into their own lives based on what they’ve learned watching detective dramas.

Of these, 43 percent now double-check that they have locked all the doors when in their home, and 36 percent are sure to keep friends and family updated when they are out and about.

In the study, conducted by OnePoll.com, it was revealed a morbid 24 percent feel at their most relaxed watching something bleak, while 20 percent can’t help but be intrigued by dark subject matter.

Filippa Wallestam, at Viaplay, which is currently offering a free seven-day trial and has recently released popular Danish Nordic Noir crime drama Face to Face, starring Lars Mikkelsen, added: “The detective genre is a versatile and varied one, full of misdirection and mystery by design.

“This winter, it’s understandable if people want to settle into their favourite detecting armchair and indulge in some bleak and intriguing crime content.”