9 times celebrities have fallen victim to the dreaded "Strictly curse"

Sequins, fake tan and Craig Revel Horwood’s scathing comments – there are are some things that just HAVE to happen every year on Strictly Come Dancing. Unfortunately, the dreaded Strictly curse also makes that list.

Is it just an urban legend? Sadly, the evidence suggests not. The 2018 series – just three weeks into live shows – has already thrown up its first relationship test. So the curse seems to be as alive as ever.

In recent headlines, Strictly pro Katya Jones and her celebrity dance partner Seann Walsh were spotted kissing outside a London pub. After the pictures were published by The Sun, the pair have spoken out to apologise for their “mistake”.

Both are in relationships – Katya is married to fellow Strictly professional Neil Jones, while Seann is in a long-term relationship with actress Rebecca Humphries. Seann’s girlfriend has also responded to the news by reaching out for support on Twitter.

Pretty much every year there’s a celebrity relationship that is rocked, either during the series or shortly after, as the show’s gruelling schedule takes it toll.

In fact, there’s a huge list of stars that have broken up with their partners after getting involved with the show. Seriously, what are they putting in the water over at Elstree?

One recent star who saw her relationship suffer after appearing on Strictly was Daisy Lowe, who had been dating Bradley ‘Frankie’ Wade for five months before she appeared on the show.

It was reportedly tough for the couple to find time together while the actress was training, and the strain eventually became too much for the couple to cope. Daisy later admitted the show was to blame, telling The Sun: “So it was a really tall order to start a relationship at the beginning of it. As wonderful and kind as Frankie is, I realised I had to put myself first and take care of both of us as a result. It was just impossible.”

Natasha Kaplinsky and Brendan Cole may have been the first people to fall victim to the curse back in 2004, as they were both in relationships when they met and danced together on Strictly. Both stars’ respective romances broke down, although Natasha would meet her now-husband Justin Bower shortly after winning the first ever series of Strictly – they married in August 2005 and are still together today.

Brendan’s ex Camilla Dallerup blamed Strictly for the end of her engagement to him in her book Strictly Inspirational. Responding to Camilla’s comments, Brendan said: “It’s nothing really new to me. It was a long time ago, I’m happily married with a child, so is she, she’s a married woman. I live now, not ten years ago.”

Back in 2013, Ben was paired with Strictly pro Kristina Rihanoff, and some months after finishing eighth in the competition, he revealed he was splitting from his wife of 11 years Abby Blayney.

In late 2015, former dance partner Kristina confirmed she and Ben were in love and a “committed relationship”. And last year, they welcomed their first daughter Milena into the world. However, Kristina has blasted the idea of a ‘Strictly curse’.

“It is bollocks, because the thing is, life happens,” she said. “And it happens everywhere, it’s just the difference is, that we watch the show and we watch these stories happening in front of our eyes on TV. But if you take any office, there are people who fall in love, who are divorcing, who are meeting at work – so what?”

Ben Cohen wasn’t the first Strictly star Kristina dated – as she previously enjoyed a relationship with Joe Calzaghe, whom she was paired with back in 2009. He split from his then-girlfriend Jo-Emma Larvin in summer that year, and started dating the ballroom pro straight after.

However, by August 2013 the couple had broken up, before Kristina struck up her romance with rugby star Ben. She later claimed: “[Joe] found it difficult when I danced with other men.” 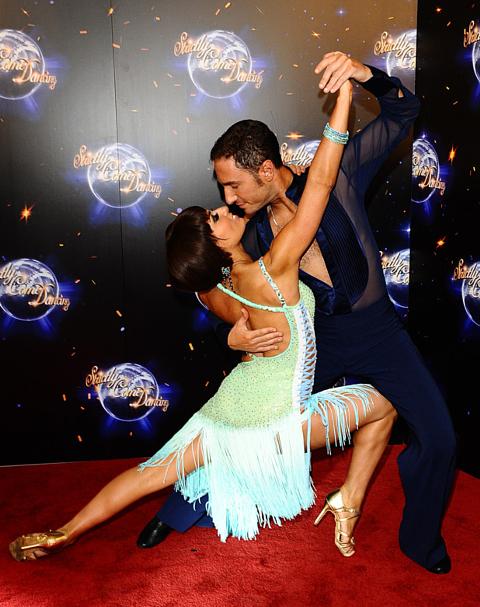 Flavia Cacace was dating fellow pro Vincent Simone when she was paired with Matt Di Angelo on Strictly in 2007. She later described the situation as “a disaster” and admitted the excitement and unpredictability of the show had led to the downfall of her relationship with Vincent, whom she’d been dancing with since she was just 14 years old.

Flavia, who later got together with Matt, said: “It all happened in the most atrocious way. My relationship with Matt was really hyped up, which was very painful for Vincent.” 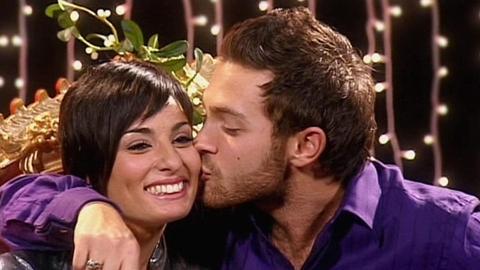 After three years with Matt, Flavia fell in love on Strictly again – this time, with her celebrity partner Jimi Mistry, which spelled the end of her previous romance with Matt in late 2010. Flavia later admitted there was concern she would be judged by the public after falling for another man on the show, telling The Telegraph: “Of course. I couldn’t believe it. I thought, ‘Oh God, please no!’ But we couldn’t help it. It was fate.”

However, Flavia didn’t regret her choice – she married Jimi in 2013, and they are still very happy together, with her husband totally understanding her working relationship with ex Vincent.

Countdown star Rachel Riley swapped quickfire numbers for the quickstep in 2013, but her experienced was dampened when she split from husband Jamie Gilbert after her stint on the show.

At the time, the star was quick to deny that her pro partner Pasha Kovalev had anything to do with the break-up – although the following year, they started a romance which is still going strong today.

However, she later denied the existence of the Strictly curse, although she admitted the show can make couples see when things aren’t working. Rachel explained to the Express: “I don’t think there’s a Strictly curse, but it does serve as a magnifying glass that shows up pre-existing fault lines.”

8. Georgia May Foote and Sean Ward

Two years ago, Coronation Street star Georgia May Foote was in a relationship with co-star Sean Ward as she got started on her Strictly Come Dancing journey – but they split shortly after the final, which saw her finish as a runner-up alongside pro partner Giovanni Pernice.

Georgia May and Giovanni initially denied claims of a romance, although they did enjoy a friendly getaway after the end of the series. They then got together – but their conflicting schedules meant their eventual relationship couldn’t last, and they called time on their fling.

Commenting on his future pairings on Strictly, Georgia told Now: “Whoever Giovanni gets is a very lucky girl. He’s a great teacher. Of course I’ll get jealous. I’m excited for whoever he gets and, yeah, he’s a great teacher, so I’m happy for him. I think it’s fine.”