Meanwhile, “Squid Game” (Netflix), “What We Do in the Shadows” (FX), and Marvel’s “Loki” and “WandaVision” from Disney+ won the major TV prizes.

In terms of an Oscar predictor, the production design race now comes down to “Dune” and “Nightmare Alley.” “No Time to Die” is not in contention, but the other nominees are “West Side Story” (20th Century), “The Power of the Dog” (Netflix), and “The Tragedy of Macbeth” (Apple TV+).

However, “Dune” is the world building standout from production designer Patrice Vermette and set decorator Zsuzsanna Sipos. They oversaw an assortment of large-scale sets at Origo Studios in Budapest. There’s the castle of the Atreides family on the ocean planet Caladan, distinguished by its Norwegian vibe with mottled hues. The interiors of the desert planet Arrakis have an Egyptian influence with stark browns, ochres, and arid reds. The Goth-looking planet, Giedi Prime, contains dark, cavernous interiors, where they also built the steam bath of the large, imposing Baron Harkonnen (Stellan Skarsgård). Additionally, Vermette, art director David Doran, and concept artist George Hull created the ornithopters: enormous winged flying vehicles that resemble dragonflies. 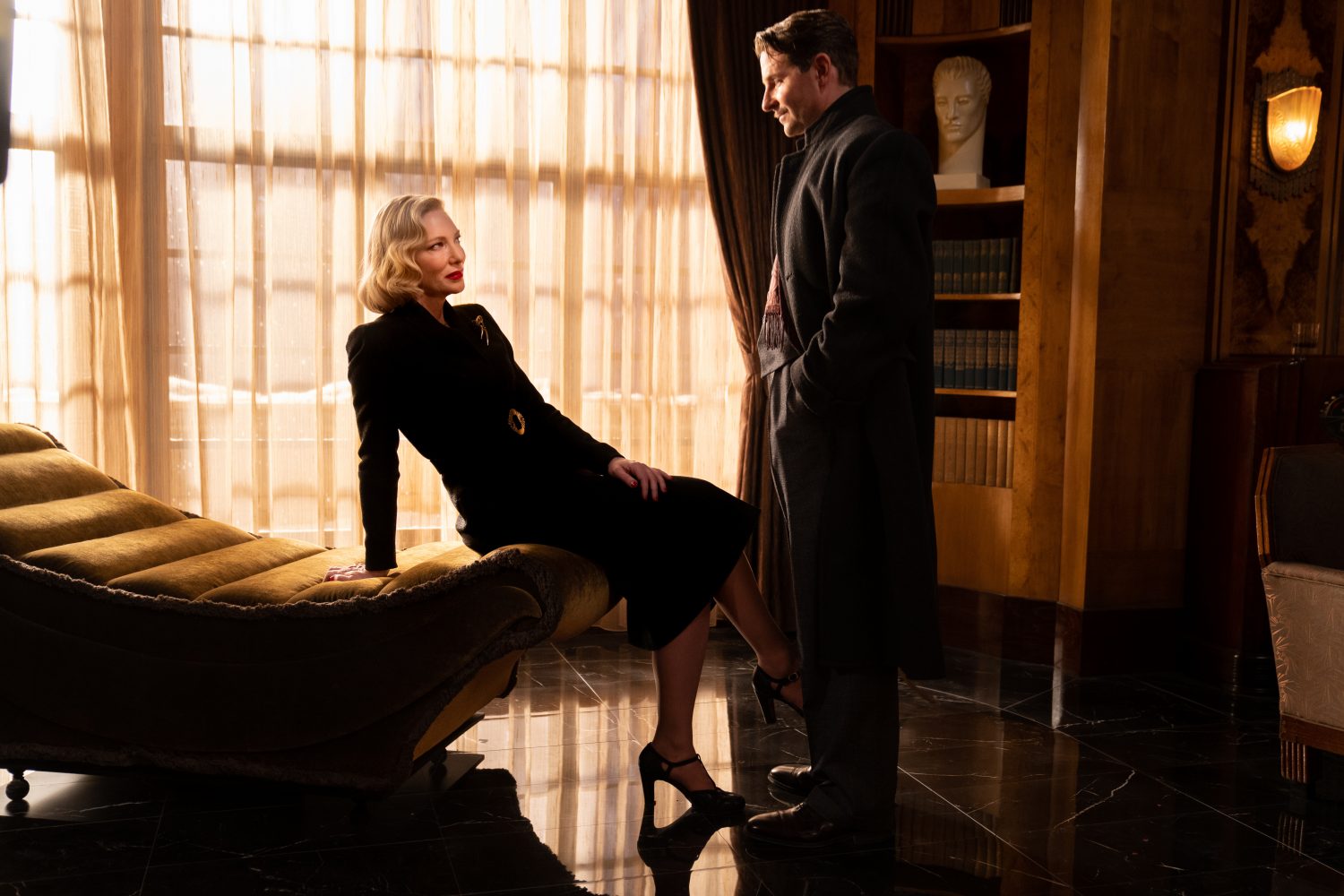 With “Nightmare Alley,” del Toro went noir for the first time, reworking the macabre cautionary tale of ruthless grifter Bradley Cooper. Production designer Tamara Deverell and set decorator Shane Vieau put together a working carnival with custom-dyed fabric treatment and authentic signage. The highlight was the funhouse, which del Torro described as the living hell that haunted his childhood dreams. By contrast, the Art Deco of high society Chicago is imbued with the facade of elegance in the hotel and nightclub, while the stylish office of psychiatrist Cate Blanchett is infused with fine Rorschach detail in the woodwork that hints of entrapment.

Campion, whose “The Power of the Dog” didn’t make the ADG cut, spoke out via Zoom against the Academy’s decision to pre-record production design and seven other craft and short categories for presentation in edited form during the Oscar broadcast on March 27. “I would definitely have included design in the main body of the awards because the designer is one of the very first people I bring onto a team,” said Campion, who also admitted she had COVID.

Here’s the complete nominees list, updated live throughout the evening starting at 10:15pm ET/7:15pm PR, with the winners listed in bold.