Given the actor is more familiar from the stage and in grittier roles on television, his decision may strike some unusual to say the least.

But he’s not the only surprising actor to have delved into the world of children’s television.

Here they are, from drummers in popular beat combos to Oscar winners, the more eyebrow-raising choices who have lent their voices to kids’ telly.

Prepare to have your childhoods’ collective brain blown. 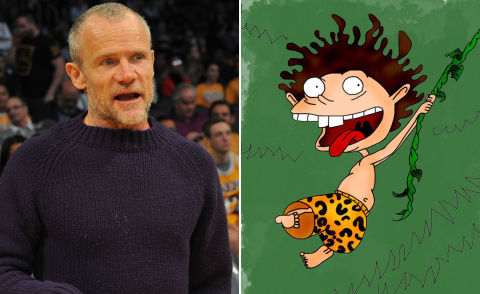 The Red Hot Chilli Peppers’ bass player made the rather surprising choice of joining the voice cast of Nickelodeon’s The Wild Thornberrys twenty years ago.

Although, maybe not that shocking, as he played feral child Donnie Thornberry, who was raised by orangutans after his parents were killed by poachers.

By the way, Flea just can’t stop with the kids’ series, having voiced The Milk Bandit in Sheriff Callie’s Wild West from the Disney Junior channel. We wonder if his character ever went under a bridge or resorted to the higher ground? 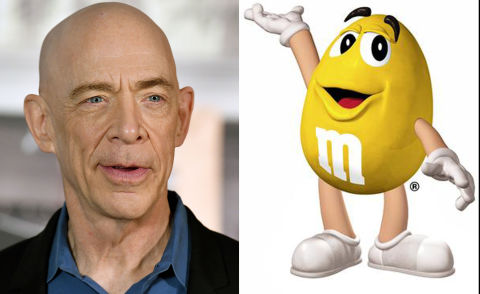 Terrifying Oscar winner Simmons (Whiplash) can be heard in children’s shows such as Phineas and Ferb, Gravity Falls and SpongeBob SquarePants – but you might be astonished to discover another role he’s played.

For over twenty years, JK Simmons has been the voice of the Yellow M&M in their advertising campaigns. FACT.

The Spiderman actor took over from Roseanne‘s John Goodman in 1996 and has never looked back. 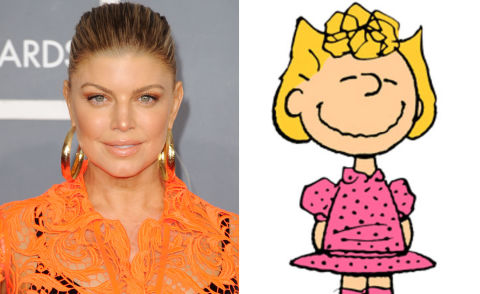 Before she got it started with The Black Eyed Peas, Stacy Ann Ferguson (aka Fergie) began her entertainment career in the world of Peanuts, the show that gave us Snoopy.

At the age of eight, Fergie recorded the voice of Charlie Brown’s sister Sally in two TV specials and in various episodes of The Charlie Brown and Snoopy Show.

She didn’t get the hump(s) with acting as her voice has also popped up in kids’ movies Madagascar: Escape 2 Africa and Marmaduke. 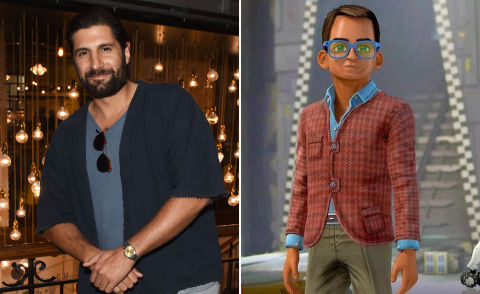 The Fonejacker himself, known for his adult and naughty hi-jinx, delved into the world of kiddies telly with the recent ITV reboot, Thunderbirds Are Go!, playing helpful, bespectacled know-it-all Brains. 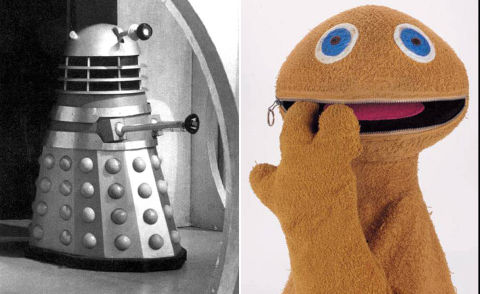 Ok, we know that Doctor Who‘s intergalactic pepperpots aren’t actually actors but two men who provided their shrills of “EXTERMINATE!” went on to provide the voice of loudmouth Zippy from ITV’s Rainbow.

Dalek voice actors Peter Hawkins and Roy Skelton both played the zippable blowhard on the long-running children’s show, with the latter taking over from the former in 1973 and playing Zippy for almost twenty years.

Hawkins would also go on to provided his talents for a number of animated series, The Family-Ness, SuperTed and Jimbo and the Jet-Set to name but three. Fact fans may also love the fact that he also recorded a voice for Gromit, from the Wallace & Gromit series, before it was decided the mutt would be mute (you know, like normal dogs). 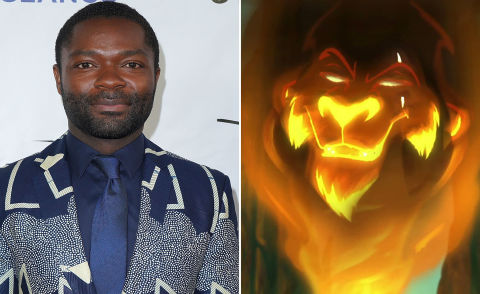 English actor Oyelowo is a double Golden-Globe nominee and has established himself in roles such as Dr Martin Luther King, Jr in Selma.

He can currently be heard as the voice of risen-from-the-dead bad boy Scar in Disney Junior’s The Lion Guard, a small-screen sequel series to the classic movie, The Lion King. 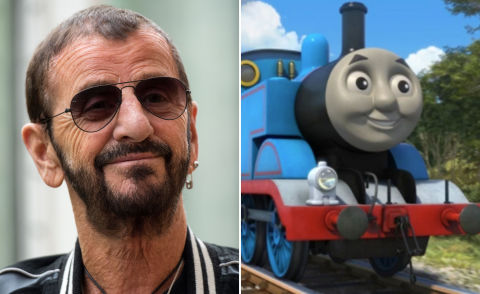 Probably doesn’t seem so weird now but the former Beatle was an odd choice to narrate the first Thomas the Tank Engine series.

Before the anthropomorphised locomotives came along he had some “acting” experience with the likes of the Beatles’ movies (he picked up a BAFTA nom for his work on A Hard Day’s Night) and That’ll Be the Day in 1973 with David Essex.

Ringo left the show after its second series to concentrate on his, erm, music career with The All Starr Band. 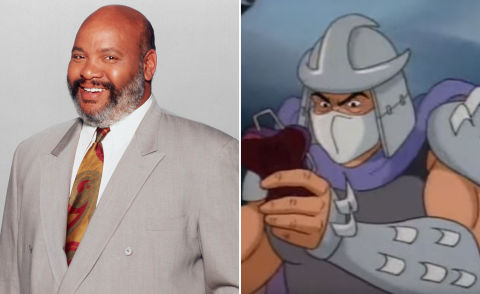 A familiar face from The Prince of Bel-Air was actually the archenemy from Teenage Mutant Ninja Turtles in its initial run beginning in the 80s. 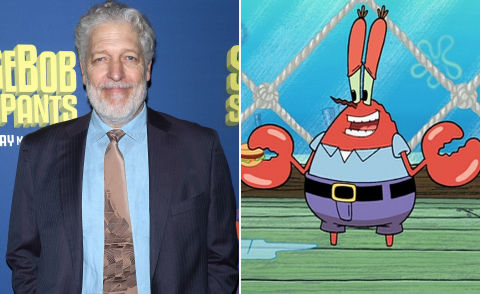 The Shawshank Redemption‘s detestable Captain Hadley is also Mr. Krabs from SpongeBob SquarePants (which is not getting cancelled btw).

He’s been in the role since 1999 and fans can look forward to hearing him on the big screen again in The SpongeBob Movie: It’s a Wonderful Sponge.

Brown, also known for playing Highlander‘s bad guy The Kurgan and hardass Sgt Zim in 1997’s Starship Troopers, has lent his vocal talents to many other cartoons including Lex Luthor in Superman, Justice League and Justice League Unlimited. 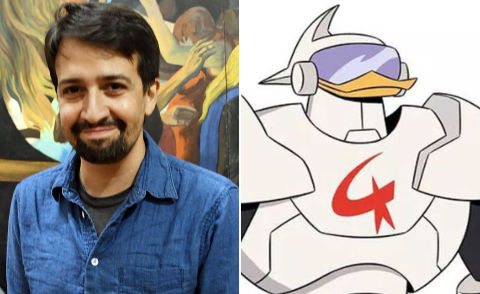 The man behind musical sensation Hamilton can be heard as Duckburg’s iconic superhero Gizmoduck in the recent Disney XD reboot of Ducktales (also starring one-time Doctor Who David Tennant).

Miranda has already popped up in Sesame Street as “Lamb-Manuel” and will be seen this Christmas opposite Emily Blunt in Mary Poppins Returns. 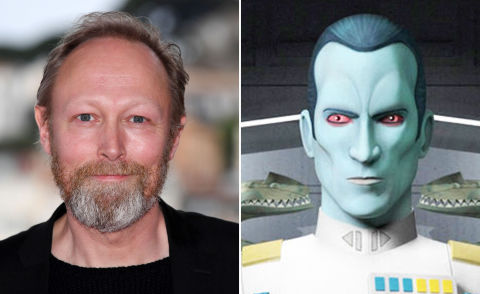 The great Dane has made his mark playing serious and menacing roles in the likes of The Killing and the third series of Sherlock, where he portrayed Charles Augustus Magnussen, another nemesis for Holmes.

In the world of kids’ cartoons, he made a memorable impression as Imperial villain Grand Admiral Thrawn in Star Wars Rebels.