Why Mainstream Rock Sucked in 2018

In 1983, Rolling Stone’s Encyclopedia of Rock & Roll opened with these words: “There’s no stopping rock & roll. It is the most vital, unpredictable force in pop culture, and the exception to every rule.” Pop culture has changed a lot over the last three decades — within a few years of that book’s publication, critics were questioning whether Depeche Mode was rock and Van Halen and ZZ Top were scoring hits with synthesizers — but one thing remains true: rock is unpredictable.

Although the genre remains vital — check out the records by Kurt Vile, Mitski and Courtney Barnett, among others, in our Albums and Songs of the Year lists — you wouldn’t know it from the charts. The separation between the mainstream and the underground hasn’t been this apparent in years. Commercial rock, already nearing its lowest point ever, may have hit rock bottom in 2018.

The year’s biggest hits included overproduced schlock like Imagine Dragons and Bad Wolves, expert forgeries like Greta Van Fleet and whole lot of music, quizzically, from last year. That’s right, multiple songs from 2017 comprise 2018’s biggest singles. Billboard’s year-end charts reflect a homogenized vision of rock where everyone sings of personal angst with a little grit in their voices, anemic guitar riffs (if there’s any guitar) and synthesized drums. The Top Ten of Billboard’s year-end Hot Rock Songs chart contains four songs by Imagine Dragons, a bit of pop fluff by a band you’ve never heard of and Weezer’s ultra-ironic cover of a song from 1982. Half of the year-end “Alternative Songs” chart’s Top 10 is exactly the same as the Hot Rock Songs’ (alternative to what?). It looks more like an exercise in marketing than an account of rock’s best and brightest.

Surely, rock’s definition has changed — it’s no longer Chuck Berry, Bruce Springsteen and Joan Jett wringing out the necks of their guitars — and all of the above 2018 artists could certainly be called “rock” even if they don’t rock. That’s how soft rock became a thing. But none of these artists sound fresh or are terribly exciting. During a year when the Big Rock Behemoths — Foo Fighters, Metallica, Radiohead — opted to own the road instead of the charts (with the exception of Paul McCartney, who did both), it left a gap for newer artists to rise to the top. Unfortunately, most of the songs sound like color-by-numbers duplicates of each other.

Earlier this year, I participated in a New York Times Popcast episode about the state of mainstream rock, with seemingly un-rock artists like Twenty-One Pilots and the 1975 dominating rock charts, and it got me wondering, what is rock & roll in 2018? Most definitions tend to focus on guitar and drums, but they overlook rock’s most important quality: attitude. It’s a rebellious nature that warrants N.W.A, Public Enemy and even Madonna’s inclusion in the Rock and Roll Hall of Fame, despite their apparent genres (sorry, Gene), but is that present in today’s so-called rock hits?

The Number One “Hot Rock Song” this year was Imagine Dragons’ “Thunder” — a tune set to finger snaps with hardly any guitar and a chest-thumping chorus. The drums sound synthesized and other than a little bit of grit in Dan Reynolds’ voice, it lacks bite. 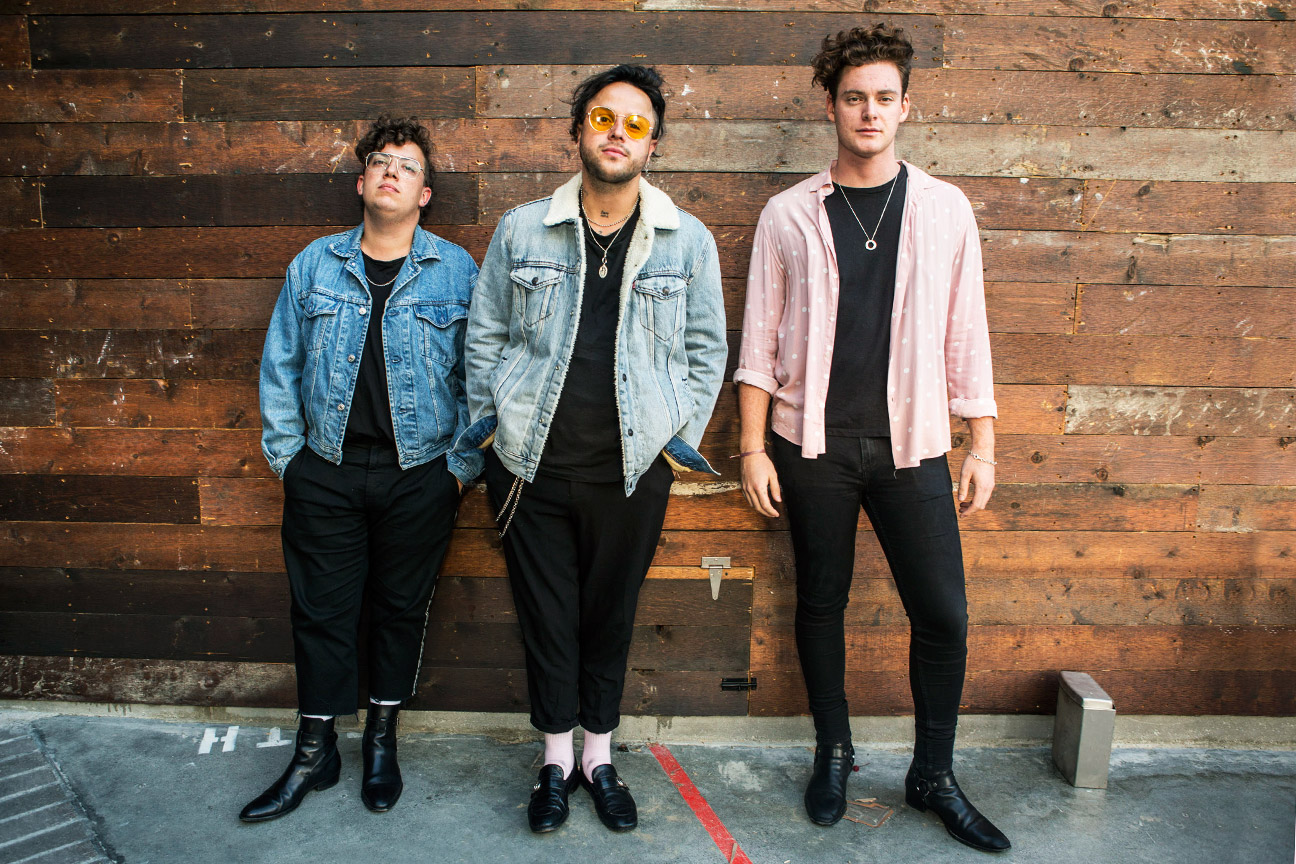 If you don’t like it, there are three other Imagine Dragons songs to pick from in the Top 10. “Natural” —notably the only new-for-2018 Imagine Dragons song to reach such rare air — sports a gospel vibe and a vocal melody that recalls Gnarls Barkley’s “Crazy” and practically no guitar. There’s also Lovelytheband’s breakout hit “Broken,” a wistful, whimsical tune with synth flourishes straight out of Gotye’s “Somebody That I Used to Know.” Rounding out the Top 10 are a Portugal. the Man hit from last year, Bad Wolves’ lackluster, heavy-handed cover of the Cranberries’ “Zombie,” Foster the People’s airy, R&B-influenced “Sit Next to Me,” Panic! at the Disco’s jaunty, near-orchestral “High Hopes” and, of course, Weezer’s “Africa,” which is so reverent, its true irony wasn’t apparent until “Weird Al” joined them in the song’s video. All the posturing gets samey and predictable if you listen too closely.

The reason why it’s so stilted is because they’re playing copies of copies. In 1973, Andy Warhol Xeroxed a drawing of Mao Zedong, and then copied the copy so many times that it distorted, stretched and tilted until it was barely recognizable. This is what has happened with mainstream rock. The members of a band like the 1975, who are arguably more pop than rock, are all a little under 30, so they grew up with the Killers and Coldplay, bands that looked up to U2 and R.E.M., which in turn looked up to the Stones and the Beatles, which idolized Howlin’ Wolf and Bob Dylan and so on. And then there’s a band like Greta Van Fleet, and, well … they know what they’ve done. They do indeed have attitude, but they seem inauthentic in a way similar to the Black Crowes aping Exile on Main Street. You could always throw on “Good Times, Bad Times” (but the one thing Greta has up on Led Zep is that they play live). The through-line to the past is still there with these bands; it’s just been obscured in most cases.

The place where the most traditional definition of rock flourishes is on Billboard’s Mainstream Rock Songs chart, though its Top 10 sounds even more homogenized than the general rock charts. And the things they sing about are just plain boring most of the time. Nu-metal stalwarts Godsmack are forever pissed off and hating the world on their Number One, “Bulletproof.” Badflower ruminate on suicide and want to haunt everyone on “Ghost.” And the professional ‘roid ragers in Five Finger Death Punch want to death-punch everyone who’s ever shit-talked them. The music on all of these is rock dialed to 11 (save Badflower, which is a little limp). It’s no wonder the active-rock station I grew up with in Colorado still plays White Zombie and Pink Floyd as much as, say, Papa Roach.

Incidentally, bands like Nirvana and Linkin Park are the artists most responsible for the state of hard-rock radio these days. Lyrically, so many singers have embraced what was once vulnerable confessions by someone like Kurt Cobain and turned them into sad-sack declarations, and musically, they’re all going for the slick, rap-inspired hyper-produced tones that Mike Shinoda & Co. perfected 15 years ago. The copy-of-a-copycat effect has been running rampant in genre ever since. But commercial rock’s banality runs even deeper.

Now that the Internet has made it so anyone can listen to anything, the songs that get the most consensus approval — the ones that rise to the top of the rock charts — have more to do with disposable pop culture than rock tradition. More offbeat niche sounds are relegated to lower places on the charts. This isn’t so much of a problem for other genres, like hip-hop, partly because rock has become more of an album format, rather than one with singles, and rock fans — especially metalheads — still like their physical media. (They also like their history more than fans of other genres, which explains why this week’s Hot Rock Songs chart contains five Queen songs in the Top 10, which is an anomaly of its own considering artists like the Struts and Panic! at the Disco are using Queen’s tricks to get hits these days, à la Greta Van Fleet.)

It’s also worth noting that rock is still living its best life on the road; Guns N’ Roses surprisingly was a top-concert draw in the past few years, and Metallica and U2 still play stadiums. But these are artists who defined themselves when the rock mainstream was something different. It’s a curious thing to wonder what newer bands could rise to those echelons, and improbably, perhaps, Greta Van Fleet seem the most poised to do so.

What this means is that rock fans have reached an unlikely place where the “hot,” “fresh” mainstream doesn’t really represent the masses; it’s too nuanced now. This year was actually great for rock and it’s many subgenres, thanks to smart records by Sleep, Death Cab for Cutie, Nine Inch Nails, Deafheaven, Breeders, Phantastic Fernature, Judas Priest, Superchunk, Halestorm, Lucius and many, many other artists. There are also younger artists blazing a trail for rock, like Snail Mail, Big Joanie and Goat Girl, that offer hope for the future. You just won’t see most them on the mainstream charts or hear them on the radio, where the lines of rock and pop will continue to blur like a photocopied drawing of Mao. You just have to look harder to find something incredible between the lines.