Andrea Bocelli has covered songs by numerous artists. For example, he covered Elvis Presley‘s classic hits “Can’t Help Falling in Love” and “Love Me Tender.” He revealed what he thought of the King of Rock ‘n’ Roll as a performer and why he decided to perform the songs.

During a 2013 interview with Billboard, Bocelli discussed working at a piano bar when he was young. “I used to work from Tuesday to Sunday, without any interruption and every night somebody asked me to sing ‘Garota de Ipanema,’ ‘Corcovado’ ‘Love Me Tender,’ ‘Tristeza,’ ‘Strangers in the Night‘ or Italian hits such as ‘Era Già Tutto Previsto’ or ‘Champagne,’” he recalled.

During a 2022 interview with the Daily Express, Bocelli discussed what he thought of Elvis as a singer and as a person. “There is no denying that Elvis had a great talent,” Bocelli opined. “He possessed a pliant voice with extensive range and a soft and enveloping timbre. Plus, he was an extremely charismatic person.” 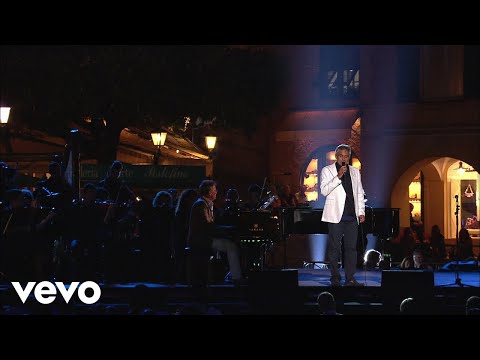 Bocelli revealed why he decided to cover “Can’t Help Falling in Love” and “Love Me Tender.” “It’s curious that they are both songs that have a long history behind them,” he said. “In both cases, Elvis Presley’s versions are extraordinary and memorable. Yet I have the wishful thinking that I too had something to say, to add, artistically speaking, to the performance of these classics.” 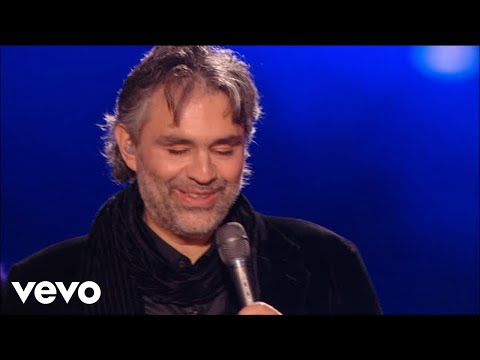 Both songs became massive hits. “Can’t Help Falling in Love” peaked at No. 2 on the Billboard Hot 100. It stayed on the chart for 14 weeks. Its parent album, Blue Hawaii, was a hit, staying atop the Billboard 200 for 20 weeks.

The Billboard Book of Number 1 Hits reports “Love Me Tender” was No. 1 on the Billboard Top 100 for five weeks. The track made history when it knocked a double A-side of “Don’t Be Cruel” and “Hound Dog” off the top of the chart. This made Elvis one of very few artists to have consecutive No. 1 hits.

“Can’t Help Falling in Love” and “Love Me Tender” are classic songs and they both impressed Bocelli.