Tupac Shakur Personal Items Are Being Auctioned Off

It’s been over two decades since the death of Tupac Shakur but his image has been magnified ten times since. The Juice star has several major projects happening simultaneously by his estate, including an unprecedented museum exhibit. Now, some of his coveted person items can now be purchased at an auction.

A handful of Tupac’s personal memorabilia is up for auction thanks to Sotheby. Daily Beast reports that the late rapper’s poetry, letters and other personal items – which are valued at an estimated $350,000 – go up for bid online, with online bidding closing on Wednesday April 6. He’s even been granted his own gallery for the in-person auction, Picasso-style, at the site. 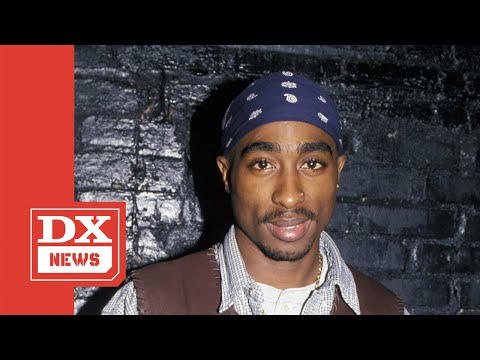 At the in-person auction stands a floor-to-ceiling image of Tupac and a video of readings of his poetry. There are several cabinets that display love letters Tupac wrote as a teenager. A book of poems and drawings he sent to his godfather, Black Panther Jamal Joseph during Josephs’ incarceration, is also on display. Per the report, the book of poetry is estimated to be worth more than $200,000.

Tupac’s items are part of Sotheby’s ambitious 120+-item auction that he says encompasses “the art and influence of Hip Hop culture.” He previously auctioned off items from the personal collection of Tupac’s friend turned enemy, The Notorious B.I.G. aka “Biggie.” Biggie’s famous gold crown was auctioned off for a whopping $2 million.

Amid the current auction, there’s a new 20,000 square foot immersive exhibit highlighting the rapper’s life and career. Tupac Shakur: Wake Me When I’m Free opened in LA on Jan. 21 and will close on May 1 before plans of touring other major cities in the country as a pop up exhibit. 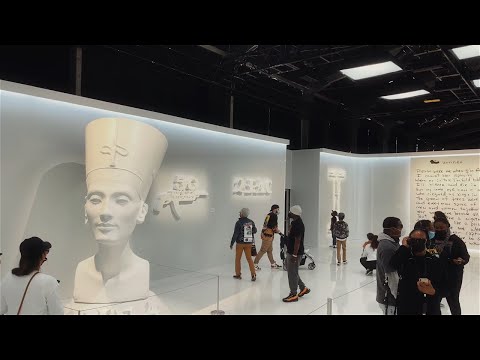 The museum is a collaboration venture between Tupac’s estate and Arron Saxe. Saxe is president of Kinfolk Management + Media and has worked with the estates of other famed artists such as Otis Redding and Donny Hathaway.

“There are thousands of pieces of paper, handwritten pieces of paper – which is everything from his lyrics to all of the songs and poetry that you know down to a grocery list for a birthday party,” Saxe told the Miami Herald of items featured in the exhibit. “The whole point of this exhibit was to not only show the kaleidoscopic nature of Tupac, but also show how he is relatable. There are incredible pieces of clothing. This exhibit is also a mix of contemporary art and technology, too. Many of the artifacts have never been seen before.”

His estate is at the center of a major lawsuit

With so many projects currently active regarding Tupac’s likeness, his sister Sekiywa has filed a lawsuit against Tom Whalley, the executor of his estate. According to Sekyiwa, Whalley has been embezzling millions of dollars from the estate and brokering deals and using his personal artifacts without her knowledge and/or consent.

In the lawsuit, Sekiywa claims Whalley is guilty of “blatant violations” including refusing to hand over Tupac’s personal valuables and sentimental belongings like his gold records, jewelry, artwork, and cars – some items which are currently on display at the LA museum.

“He has effectively embezzled millions of dollars for his own benefit,” Sekyiwa wrote in the lawsuit, Madame Noire reports. “Whalley has unreasonably enriched himself at the expense of the beneficiaries and in bad faith by taking excessive compensation in a position from which he should properly be barred based on the inherent conflict of interest.”

Whalley denies such. He also states that he was a personal friend of Tupac’s.