Travis Barker has just paid tribute to Taylor Hawkins in a big way. The Blink-182 drummer has always used his body as a canvas, displaying what he loves in beautiful works of art. Barker’s newest tattoo is no different; it pays tribute to his drumming counterpart, who died on March 25.

Barker wasn’t just a fan of Hawkins’ music; he was a friend.

Travis Barker got a tattoo that pays tribute to Taylor Hawkins

On April 14, Barker posted a series of pictures on his Instagram of his most recent trip to the tattoo parlor. The first photo shows Barker lying on a tattoo bed clutching Kourtney Kardashian, as celebrity tattoo artist Mark Mahoney works on Barker’s foot.

The third photo reveals Mahoney’s work, a hawk with its wings spread wide, while another shot shows Barker and Kardashian kissing in the mirror. Finally, the fifth photo reveals the whole tattoo, and the sixth is a touching throwback photo of Barker and Hawkins.

This isn’t the first time Barker has paid tribute to Hawkins. 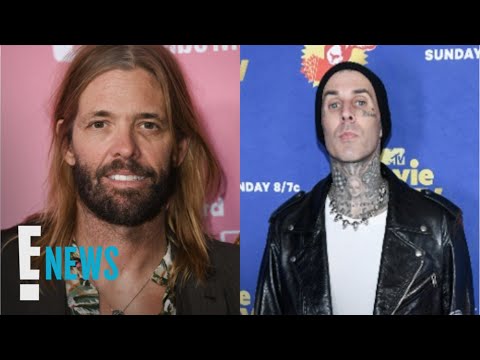 Following Hawkins’ death, Barker and many other celebrities took to social media to pay tribute to him.

On his Instagram, Barker posted a black and white photo of Hawkins backstage. He also wrote a touching letter to Hawkins about their friendship, being the drummers of two successful bands.

“I don’t have the words,” Barker wrote. “Sad to write this or to never see you again. I’ll never forget Laguna Beach days when I was a trash man playing in a punk rock band and you were playing with Alanis. You’d come watch me play in dive bars and be like, ‘kid you’re a star’.

“And I thought you were crazy but you gave me so much hope and determination. Years later we toured together with Blink and Foo’s in Australia and I have the best memories of smoking cigarettes in the restroom of flights we were on together and watching your set every night. To say I’ll miss you my friend isn’t enough. Till the next time we talk drums and smoke in the boys room … Rest In Peace.” 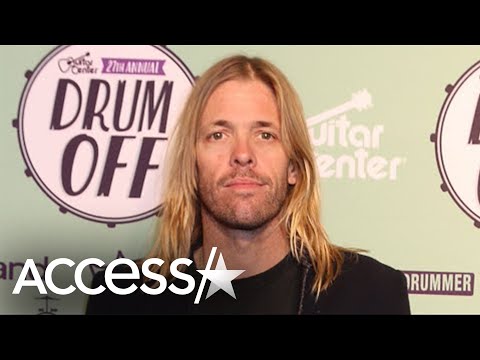 On March 25, Foo Fighters shared a statement on their social media revealing Hawkins had died.

“The Foo Fighters family is devastated by the tragic and untimely loss of our beloved Taylor Hawkins,” the band wrote. “His musical spirit and infectious laughter will live on with all of us forever. Our hearts go out to his wife, children and family, and we ask that their privacy be treated with the utmost respect in this unimaginably difficult time.”

Hawkins had played with the band days before on the South America leg of their tour. He was found dead in his hotel room in Bogotá, Colombia. Colombian authorities have since released a preliminary toxicology report claiming that Hawkins had 10 substances in his body at the time of his death, including marijuana, opioids, and antidepressants.

“We’re sorry for and share in the disappointment that we won’t be seeing one another as planned. Instead, let’s take this time to grieve, to heal, to pull our loved ones close, and to appreciate all the music and memories we’ve made together.
With Love, Foo Fighters.”

Foo Fighters were scheduled for numerous shows for most of 2022. The Grammys announced that Foo Fighters would perform a day before Hawkins’ death, but they canceled that too. Instead, the awards paid tribute to the drummer in a touching video.

So far, there’s been no word from Foo Fighters. Fans are left wondering about their future, but posts like Barker’s will surely help others realize they aren’t alone in mourning Hawkins.