Luke Bryan and Caroline Boyer Bryan married in 2006. Their social media accounts are full of happy family moments and make it clear that the Bryan family definitely likes to keep things a bit goofy. In an interview with People magazine in February 2021, Luke reflected on his 14-year long marriage and what makes it work.

Anyone who has been in a happy, healthy, long-term relationship can relate to what he said it is that makes his marriage work: good communication. Luke said, “It’s all about communication and giving each other time to go do the things that we’re passionate about. But the communication is so critical. When you get your wires crossed… I know it sounds cliché, but never go to bed mad. You really have to abide by that stuff.”

Caroline Boyer Bryan and Luke Bryan met in college at Georgia Southern University. They actually met at a local bar in Statesboro, Ga. called Dingus Magee’s in the fall of 1998. At the time, she was a freshman and he was a senior. Apparently, for Luke, he was drawn to his future wife on first sight. In an interview with Good Housekeeping, he said, “It was love at first sight with Caroline — those blue eyes of hers. I knew that, no matter what, I was going to make my way over to her.

Even though Luke said it was love at first sight, it was Caroline who made the first move. In a 2014 interview with People magazine, she said, “He was always a gentleman. We hung out as friends first and he never made a move on me. I kissed him first! He was always so scared of making a girl feel uncomfortable, he wouldn’t cross a line.”

As it turns out, Caroline had a sheltered upbringing in Georgia and prior to meeting her future husband she had only had one boyfriend. On the Get Real With Caroline Hobby podcast, Caroline admitted she was “terrified” when she met Luke.

It wasn't always smooth-sailing for the couple

Despite their “love at first sight” beginnings, it wasn’t always smooth sailing for these lovebirds. Caroline Boyer Bryan broke off their relationship after dating for a year and a half. Apparently, Luke Bryan started discussing marriage and she freaked out and broke up with him during Christmas of her sophomore year, Caroline said on the Get Real With Caroline Hobby podcast.

They were broken up for five-and-a-half years before reuniting in Statesboro, Ga. In a HuffPo interview, Luke said, “I was playing a little bar in Statesboro and she just happened to kinda be in town. We kinda saw each other and talked a little bit and then started emailing back and forth a little bit. And she was like, ‘Hey you want to come to my family’s Christmas party? I went to the party and the rest is history.”

He went on to clarify things about their breakup in the HuffPo article, saying, “She was three years younger than me in college. I was about done with school when we met. So I kinda went off and did my thing in Nashville and she finished up her college experience and it kinda allowed us to both go get our feet a little firmer on the ground.”

Tragedy has hit the couple's family again and again

If Luke Bryan’s early life had gone according to plan, he and Caroline Boyer Bryan might never have met. He didn’t plan on going to college. He wanted to move to Nashville to pursue a career in country music. However, just days before Luke was set to leave, his older brother Chris was killed in a car accident. In an interview with ABC News many years later, he said, “I’m kind of hyperventilating talking about it… You never truly… move beyond it.” So, Luke went to college instead.

Then, in May 2007, when Luke and Caroline were newlyweds, his older sister Kelly died at home just a few days after organizing a group of more than 120 people to go see Luke play his debut performance at the Grand Ole Opry. The cause of death has never been determined. In that same ABC News interview, Luke said “My only older siblings… gone from the world, in a flash in two, two different, crazy, tragic manners, that… we’ll never know and never understand.

In the meantime, Luke and Caroline have two sons. Thomas “Bo” Boyer Bryan was born in 2008. Tatum “Tate” Christopher Bryan was born in 2010. But in 2014, tragedy struck again, and Luke’s brother-in-law passed away, leaving behind a 13-year-old son, Tilden, who is being raised by Luke and Caroline. They also took in his late sister and brother-in-law’s two college-age nieces, as reported by ABC News.

Caroline Boyer Bryan started a charity to honor her niece

Tragedy struck the family on Caroline Boyer Bryan’s side too. Her brother’s daughter, Sadie Brett Boyer, died as an infant due to congenital heart disease. She was also diagnosed with Down’s Syndrome before birth. She sadly passed away at just 7 months old. Caroline supports The Brett Boyer Foundation, which was started by her brother and sister-in-law to raise awareness of and treatment for congenital heart disease.

Caroline also founded a complementary charity with Luke Bryan called Brett’s Barn. When Caroline’s niece Brett was just a month old, she made a promise to her to get her a white pony. After her death, Caroline decided to keep that promise and found a white pony, a goat, a pig, and another pony. It quickly turned into a full-blown farm with more than 20 animals, according to the foundation’s website. Brett’s Barn welcomes sick and disabled children to their facility to pet and love the animals, which include kangaroos, horses, dogs, and llamas in addition to the animals mentioned previously.

Color us jealous and impressed! According to TV Overmind, Luke Bryan and Caroline Boyer Bryan both confirmed that her incredibly handsome and famous husband gives her a foot massage every night before bed. The couple also makes a point to have “coffee dates” in the morning, where just the two of them have their coffee and talk before they get their respective days underway. With their hectic schedules, they cite this as one of the things that has been critical in keeping them grounded in their marriage.

Caroline has also appeared in a number of her husband’s music videos, including “Crash My Party,” “Huntin’, Fishin’, And Lovin’ Every Day,” and “One Margarita,” according to CountryFancast.

In an interview with People about their 14-year-long marriage, Luke joked, “The main thing with us is properly inserting alcohol in parts of the relationship — it does a really, really good job for us.” He was obviously joking though because although Caroline used to drink and smoke, she’s given those things completely up. She’s also a vegan, as TV Overmind revealed.

First-Ever Band-Sanctioned Led Zeppelin Doc in on the Way 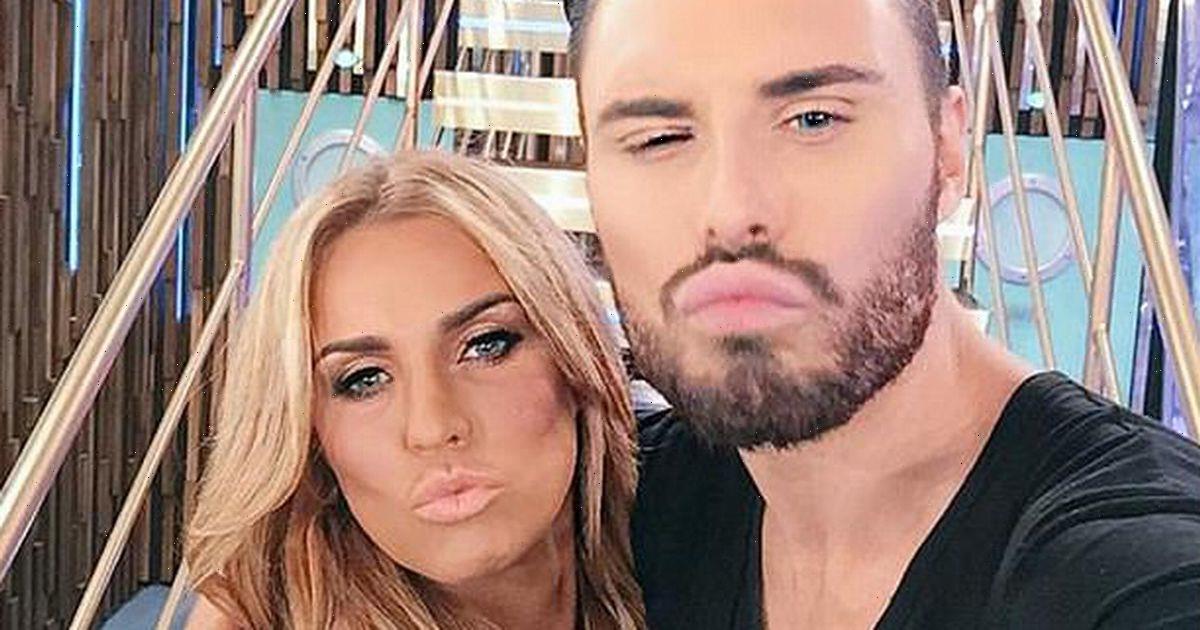