These are TikTok’s top 10 songs of 2020, according to the viral app 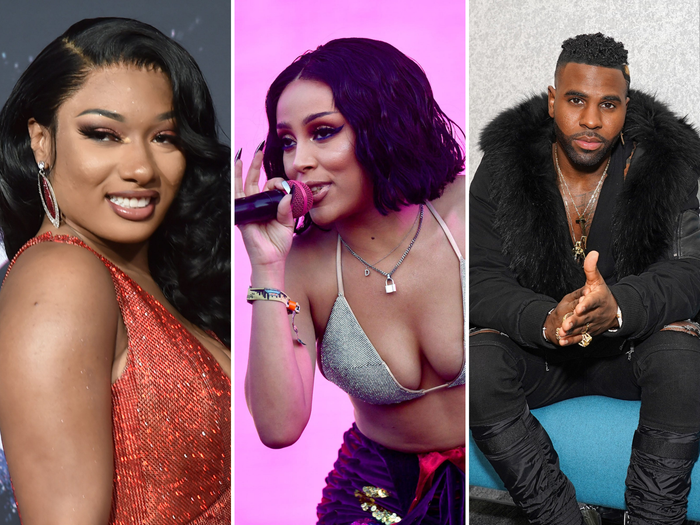 Over the course of the past several years, TikTok has proven to be a musical force. It's helped catapult songs like Lil Nas X's "Old Town Road" or Doja Cat's "Say So" to number one on the Billboard Hot 100 singles chart, and revived old hits like Fleetwood Mac's "Dreams."

On the app, songs usually spark specific challenges, ranging from dances to trends like showing off your culture.  Genres vary wildly, although hip-hop, rap, and pop tend to thrive the most. Anything with a strong beat or thematic hook will do as well.

Still, certain songs rise to the top. These were the top 10 songs on TikTok in 2020, according to TikTok's Top 100 report released today.

Dancing to 10k followers so my kids will think I’m cool. 😂 The things you do for 5th graders. #teacher

One upload of "What You Know Bout Love" has been used in 12.1 million videos.

not my usual content but this song was too catchy to not make a dance to LMAO🥺🥺 try it and tag me !! ##foryou ##foryour ##foryoupage ##foryourpage

Attached to a dance trend created by @zoifishh, BENEE's "Supalonely" blew up in 2020 — the official upload on TikTok is attached to 9.9 million videos. Still, the artist told Insider that she wasn't fazed by the song's success.

"Listen, if I compared my new sessions that I'm doing now to the success of 'Supalonely,' and I was out here trying to make another thing that would blow up, I feel like I wouldn't be making music that I want to make," she told Insider's Callie Ahlgrim. "So I try not to think about that."

'Cause that type of shit don't faze a player, uh #rodwave #rags2riches

This rap ballad was attached to both a dance challenge and a trend of people brushing off the haters.

This song, which has been used in approximately 2 million videos on TikTok, had a long stay at the top of the Billboard Hot 100 and was nominated for best rap song, best melodic rap performance, and song of the year at the 2021 Grammy Awards.

With catchy lyrics and an inescapable dance challenge, Saweetie's "Tap In" was used in over 7 million videos.

Propelled by a viral dance challenge from creator Haley Sharpe, "Say So" has been used in at least 17.7 million TikTok videos. It also hit number one on the Billboard Hot 100 singles chart, and earned Doja Cat nominations for best pop solo performance and record of the year at the 2021 Grammy Awards.

NEW DANCE ‼️ This is our mood when @iamcardibposted our video on her instagram! @kltkatnat##wap ##dance ##cardib

A collaboration from two of TikTok's favorite artists (Megan Thee Stallion and Cardi B) was sure to go viral on the platform. "WAP," which has been used in at least 6 million videos on TikTok, sparked not only a viral dance challenge choreographed by Brian Esperson, but also an impetus to mash up Megan Thee Stallion's iconic "gobble me, swallow me" verse with anything and everything.

3. "OUT WEST (feat. Young Thug)" by JACKBOYS and Travis Scott

One of the earliest viral hits of the year, "OUT WEST" sparked a dance challenge and has been used in at least 14.9 million videos.

My first attempt at the #savageremixchallange 😭😂 🐝🐎

Megan Thee Stallion's "Savage" was already a viral hit on the platform (helped along with a dance challenge from @keke.janajah), but the Beyoncé remix took the track to new heights. "Savage" has been used in at least 29 million TikTok videos, and its remix in hundreds of thousands more.

I can’t stop watching this @justmaiko

This song started with New Zealand teen Jawsh 685's viral song "Laxed — Siren Beat," which soundtracked a challenge about showing off your culture on TikTok. Variety reported that Jason Derulo reached out to Jawsh 685 about collaborating, but later posted "Savage Love" without crediting Jawsh 685. Later, everything was ironed out officially, and "Savage Love (Laxed — Siren Beat)" made it to the top of the Billboard Hot 100 with BTS (who released a remix of the song) credited as well due to the volume of sales owed to the BTS version.