The Real Reason Ariana Grande Recorded Different Versions of 'Thank U, Next' 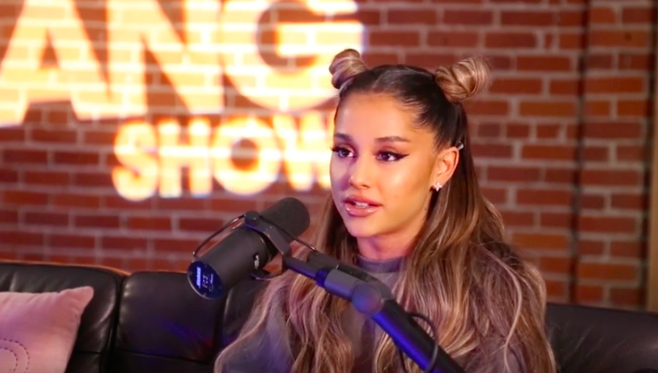 Ariana Grande’s hit song “Thank U, Next” could have been entirely different, the singer revealed in a recent interview. Most notably, she recorded several different versions, including one that didn’t mention her ex, Pete Davidson.

How Grande’s ‘Thank U, Next’ could have been entirely different

There was almost a version of “Thank U, Next” released where Grande didn’t mention any of her past boyfriends in the lyrics. Her split with Davidson was factored heavily into the mix and, for a time, she considered omitting any reference to the SNL comedian, she says because she wanted “to be protective.”

The single “Thank U, Next” was released in November, a month after Grande and Davidson called off their engagement and broke up.

Some of her ex-boyfriends “loved” the song

In addition to referencing Pete Davidson in her “Thank U, Next” lyrics, she also mentions ex-boyfriends Big Sean, Ricky Alvarez, and late rapper Mac Miller.

The song includes the following lyrics: “Thought I’d
end up with Sean / But he wasn’t a match / Wrote some songs about Ricky / Now I
listen and laugh / Even almost got married / And for Pete, I’m so thankful /
Wish I could say ‘thank you’ to Malcolm / ‘Cause he was an angel.”

Grande explained during an interview on the Zach Sang Show that Big Sean and Alvarez had heard the song before it dropped and both “loved it.”

Though Big Sean and Alvarez were fans, Davidson hasn’t quite embraced the shoutout in the tune following their split. From Grande’s interview, it sounds like she and Davidson no longer talk, as she noted: “Everyone that I am still in touch with has been very supportive of it.”

There are two alternate versions of ‘Thank U, Next’

During the interview, Grande revealed that she recorded two
other versions of “Thank U, Next.” One of the versions didn’t include any of
her ex-boyfriends’ names, as she noted: “I was also trying to be
protective.”

Grande touched on what she and Davidson had been through,
explaining: “In my relationship [with Pete]
at the time, things were like up and down and on and off, and so I didn’t know
what was going to happen and then we got back together, so I had to make a
different version of it, and then we broke up again, so we ended up going with
that version.”

Grande took a risk with ‘Thank U, Next’

Grande knew that releasing a song that called out her exes
could be dicey, noting: “It was a big risk and a very scary thing to
do, because it is my life. I understand that to a lot of people, I’m not a real
person, or it’s easy to just kind of like see me as like, a song or a picture
or like a thing that kind of exists in their head and they know what they know
and that’s it.”

The singer continued, through tears: “But at the end of the day, these are people and relationships… It’s real s**t to me. It is real life and I spent a lot of time with each of those people… it was like scary to put in a song.”