The Beatles Were in Awe When They Met Elvis in 1965

In August 1965, The Beatles were far more than an upstart. Since landing in America the previous year (February ’64), the Fab Four had gone on a run of No. 1 hits no other recording artist — not even Elvis Presley — could match. And the late ’60s would belong almost entirely to The Beatles.

But that didn’t change the dynamic when the lads from Liverpool went to meet the King during a stop in Los Angeles late in summer ’65. By all accounts, Elvis controlled the meeting at his home while The Beatles paid their respects.

Looking back a decade later, John Lennon recalled being “nervous as hell” about visiting his idol. While Paul McCartney noted a certain wariness on Elvis’s part, he recalled nothing but fond memories about meeting their “greatest idol.”

Everyone remembers the awkwardness between Elvis and The Beatles 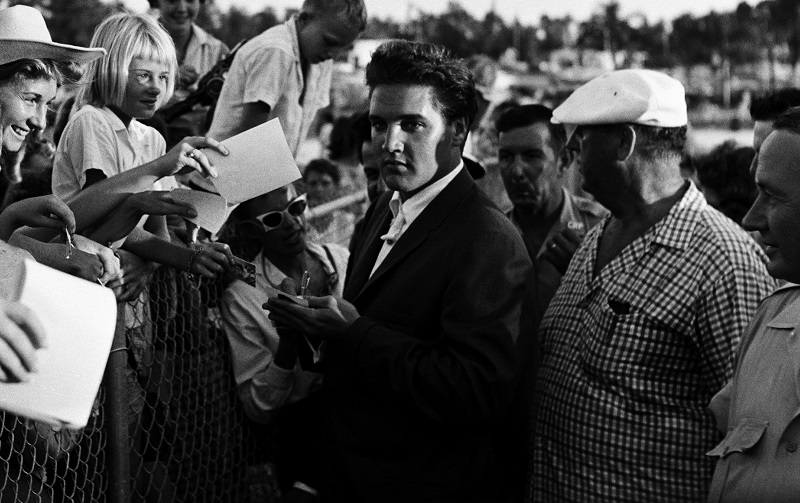 When they arrived at Elvis’s Bel Air mansion, The Beatles were quite stoned, which probably didn’t help their nerves.”We were terrified. He is our idol,” Lennon recalled in 1975. After they walked in and got introduced, there was a great deal of awkwardness.

Elvis was sitting there watching TV with the sound off and no one seemed to know what to do. “We were really just watching him,” Lennon said. Tony Barrow, the Beatles’ press officer, recalled an “embarrassing silence” while the five megastars sized each other up.

“It was a little bit awkward because they just kept looking at him and not really saying anything,” said Priscilla Presley in 2015. After a few more false starts, Elvis started playing a bass guitar he’d plugged into an amplifier.

That got Paul excited, as he could start talking about bass with the King. “So there I was: ‘Well, let me show you a thing or two, Elvis,’” Paul said in Anthology. “Suddenly he was a mate. It was a great conversation piece for me.”

The Beatles relaxed when they began jamming with Elvis 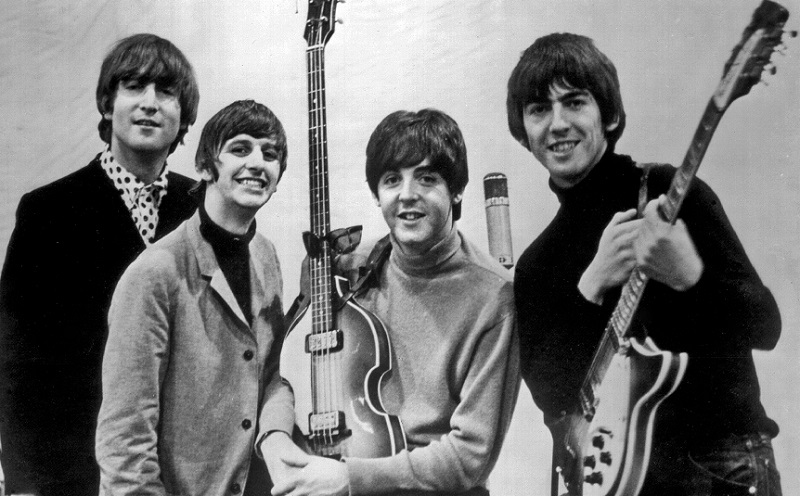 Since Elvis was a bit shy and The Beatles were having a case of the nerves, something needed to give. That happened when Elvis called for guitars to be brought out for everyone. Soon enough, they started jamming.

“Up to that point, the party really had been a bit lifeless and unexciting,” Barrow told the BBC. “But as soon as Presley and The Beatles began to play together, the atmosphere livened up. I can’t remember all the things that they played, but I do remember one of the songs was ‘I Feel Fine.’”

Since it was agreed that there would be no photographs or recordings, we’ll have to imagine what it sounded like. But it didn’t last a long time. After an hour or two, Elvis manager Colonel Parker signaled that the night had come to an end. Soon after, The Beatles filed out to their limousines.

Even with 10 years between him and the meeting, Lennon remembered the night vividly. “I just remember sitting there and him playing the bass,” he told Spin. “And me thinking, ‘It’s Elvis! It’s Elvis!!’ It’s actually Elvis. He looked great then, no weight on him.”

Also see: Who Paul McCartney Had in Mind When He Wrote ‘The Long and Winding Road’