Ray Galton, perhaps best known as the co-creator of classic sitcom Steptoe and Son, has passed away aged 88.

Galton (pictured above left) had a career spanning many decades and worked closely with Alan Simpson, with whom he co-created Steptoe as well as Hancock’s Half Hour.

His family confirmed in a statement (via BBC News) that he died on Friday (October 5) after a “long and heartbreaking battle with dementia”, adding: “Ray passed away peacefully, surrounded by his family.” 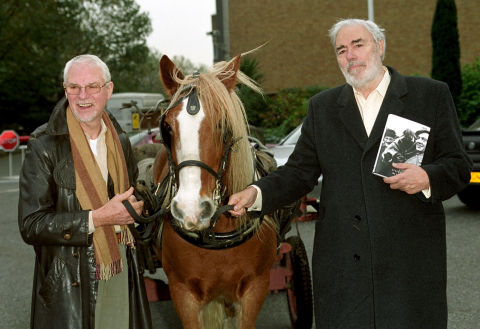 “I have had the great honour of working with Ray for over 50 years and for the last 40 as his manager and friend,” said manager Tessa Le Bars. “With his lifelong co-writer, the late Alan Simpson, they were regarded as the fathers and creators of British sitcom.”

She added that it was “the end of an iconic era, but the legacy of Hancock’s Half Hour, Steptoe and Son and over 600 scripts is huge”.

Simpson passed away early last year aged 87 after a long battle with lung disease, Le Bars adding that “they will endure, inspire and bring laughter to the nation for evermore”. 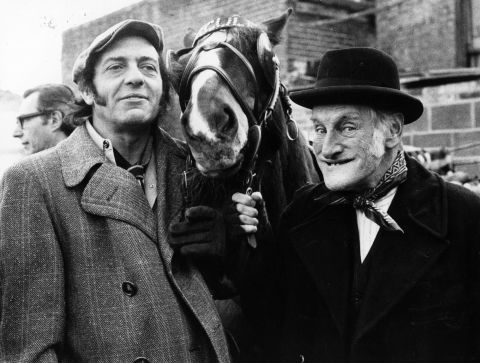 The pair also wrote for comic legends such as Frankie Howerd, Peter Sellers, Leonard Rossiter and Arthur Lowe during their career.

Steptoe and Son ran between 1962 and 1974, and followed the exploits of a father-and-son pair of rag-and-bone merchants in west London.