Sonny and the Sunsets: Smith returns to the road

“In my 20s, I was pretty nomadic,” says Sonny Smith, the leader of San Francisco-based outfit Sonny and the Sunsets. “I was a true vagabond. I lived in Europe, in Central America, all over the States … I’d end up in some corner of the world, trying to live as cheaply as possible for as long as possible.”

Once, after heading out on “a hike with a stranger”, Smith ended up on a communal farm in the Costa Rican jungle. “There was a lot of things you could probably predict,'' he says, such as ''passionate debates over anarchism versus capitalism,” before adding “any fringe place tends to attract fringe personalities. Whether that’s a jungle in Panama, places in Alaska, or far eastern Europe, you tend to meet some people who are at the extremes.” 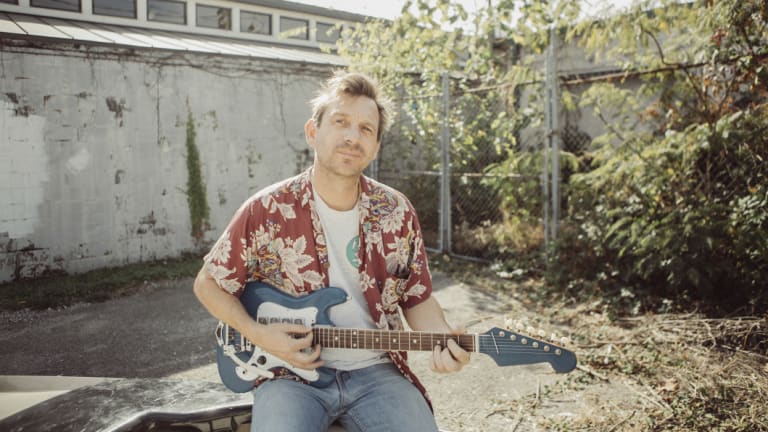 Smith also travelled for his latest album. Rod For Your Love was recorded in Nashville with Dan Auerbach of the Black Keys. “It was as close to going to Nashville and working with Nashville session dudes as I’ll get,” Smith says. It was released as a Sonny Smith album, even though, as Smith readily admits “the line is pretty fine” between band and solo project.

The reason for releasing it under his own name were the songs themselves. “I was contemplating memories, thinking about my son, trying to be a lot more personal,” he says. “Normally, I like fiction and characters. I don’t always sing in the first person … but this one, I was feeling in an autobiographical mood.”

Having made seven solo albums and six Sunsets albums, Smith is grateful he’s been able to make music – and keep travelling – for so long. “Even though I’ve dabbled in making music that’s pop-friendly or clean, my music still feels pretty hand-made to me. It doesn’t seem commercial enough to be super-successful.''

He's back on the road this month, returning to Melbourne (one of his favourite places to get around the local music scene) and Sydney.

Smith fondly recalls his first visit to Melbourne in 2011, during a time when his hometown was in the media spotlight for its music. “I went to Melbourne and there were so many great bands. Every time I’ve been back, there’s even more great bands.

Sonny and the Sunsets play the Curtin, Melbourne, on October 20 with RVG, Mod Con, Terry, Native Cats and Ciggie Witch; the Factory Floor in Sydney on October 22; and Kyneton Musical Festival on Saturday, October, 27.