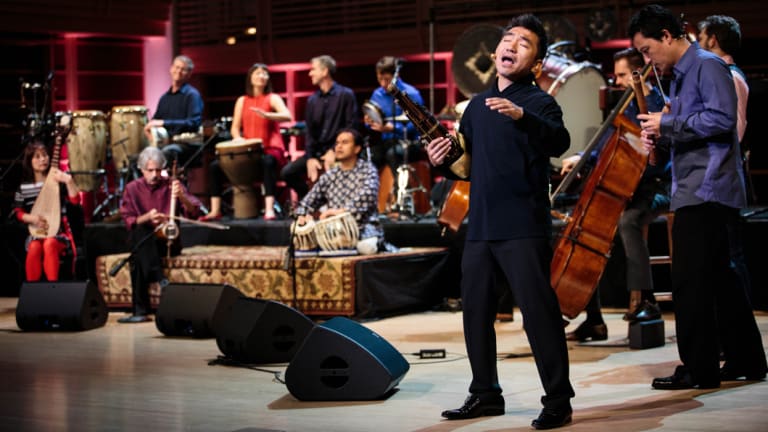 The Silkroad Ensemble made their Australian debut at Melbourne Festival last week for the dance-opera Layla and Majnun. And this week, the abundant gifts of these 10 musicians were drawn into even sharper focus in a stand-alone concert that referenced a wide array of cultures and traditions.

Violinist Johnny Gandelsman shone on the ravishing Beloved, do not let me be discouraged (which also featured Tong’s unearthly vocals) and offered a rousing, improvised solo on the Balkan-flavoured Turceasca.

Disappointingly, the concert program was cut 20 minutes short without explanation, and the performers exited the stage without returning for an encore. After such a spellbinding journey, it was a shame the spell was broken so abruptly – as though, having enjoyed a sumptuous meal, we’d had dessert snatched half-eaten from our plates and been promptly ushered out the door.