Rapper dies months after being arrested for murder 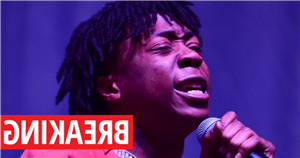 Rapper Lil Loaded has died at the age of 20, just months after he was arrested for a fatal shooting, according to reports.

The star – best known for his songs 6locc 6a6y and Link Up – has been the subject of countless tributes from fans, with many refusing to believe he has died.

Another said: "Damn WTF I thought he was in jail for the accidental murder of his bro."

Loaded was arrested back in October 2020 on suspicion of murder, after shooting and killing his 18-year-old friend Khalil Walker with a rifle, in an incident in Texas.

He was charged in March 2021 with one count of manslaughter after the teen died.

On the afternoon of October 25, 2020 police were called to the victim's Dallas home.

He had been shot in the chest and later died from his injuries after being rushed to the Methodist Charlton Medical Center.

Following the shooting, Loaded thanked fans for their support and paid tribute to his friend.

He wrote: "I appreciate all y'all support.They try to make u look guilty wen u innocent regardless .. we going to get pass this [sic].

"RIP my brother love you."

Lil Loaded's death has not yet been confirmed, however fans have been sharing tributes on his latest Instagram post.

His most recent post, from late last week, was a celebration of his single 6locc 6a6y being classified as Gold by RIAA.