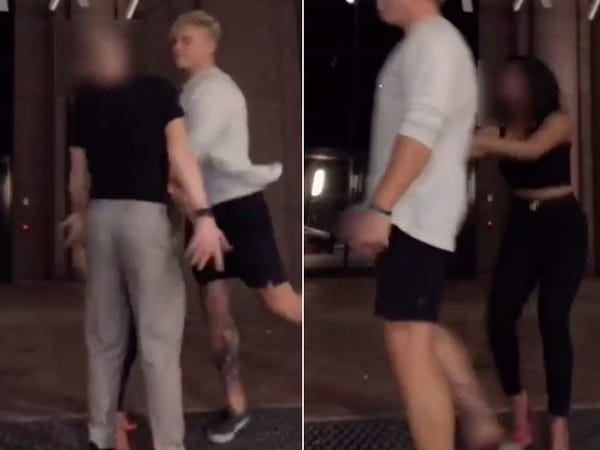 New York City police are looking for an individual in connection with an attack that took place as two friends filmed a TikTok video on September 26.

The 24-year-old victim and his female friend were filming content for the app at approximately 11:35 PM in front of 85 Broad Street in the financial district, police say, when they were approached by an individual who used an anti-gay slur and punched one of the creators in the face and back of the head.

The altercation was caught on video.

In the clip provided to Insider, the victim's friend attempted to restrain their assailant before he fled in an unknown direction.

The victim ultimately suffered a laceration to his lip and a bloody nose.

Police are investigating the incident as a bias crime, WABC reported.

The suspect is described as a white male with blond hair, 5'9" to 5'10", and 200 lbs. He was last seen wearing a white long-sleeved shirt, black shorts, and black sneakers.

Anyone with information in regard to this incident is asked to call the NYPD's Crime Stoppers Hotline at 1-800-577-TIPS (8477).