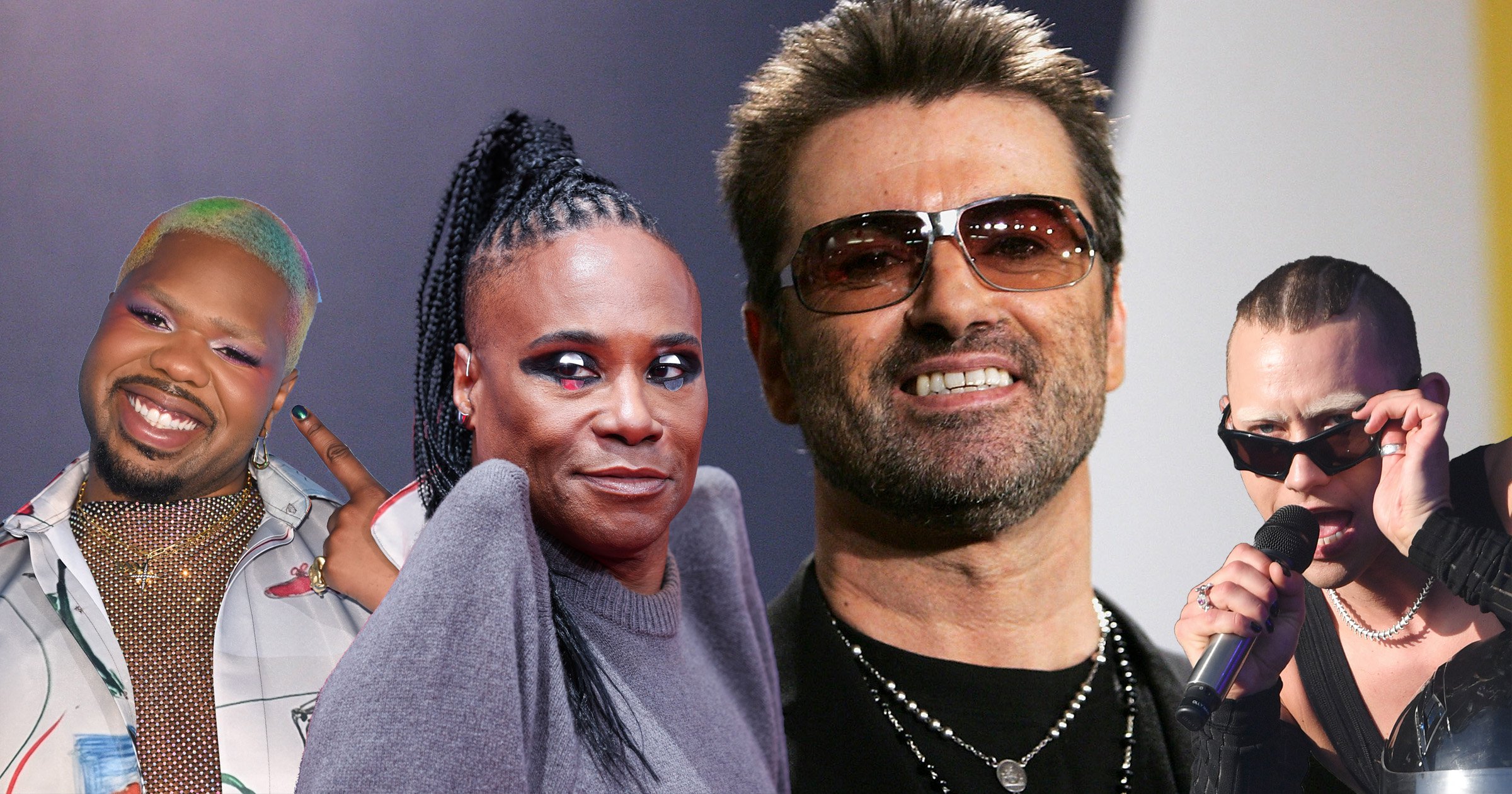 Olly Alexander, MNEK, Billy Porter, and more stars are joining forces for a George Michael tribute in honour of Pride.

Michael’s death shocked the world when he died at home on Christmas Day in 2016 at the age of 53, but his music still very much lives on.

To honour his legacy, the streaming service asked some of the most exciting and diverse artists in music today to reimagine songs from his iconic catalogue.

Each artist was chosen because, as well as being huge Michael fans, they reflect his boundary-pushing work and songwriting excellence.

The covers – all available in Spatial Audio – include personal interpretations of tracks including the classics Faith, Careless Whisper, Fastlove, Outside, and more.

It’s A Sin star Olly of Years & Years covers Outside as part of the project, sharing that one of the things he loved most about the late musician was ‘his ability to own his narrative.’

‘He was a huge, huge star. I’m sure he struggled with some of the attention and issues that come with worldwide fame, and he still remained so iconic, so true to who he was. He still had fun with it. He was always trying new things and taking risks and unashamedly himself,’ Olly said.

Adding that he personally takes ‘so much inspiration from that,’ the Starstruck singer continued: ‘He got arrested in 1998 — I think the terminology is ‘soliciting a police officer in a public toilet — then goes and writes a song about it. And it’s such a banger. Wow! I just think it’s so incredible for him to just own that narrative and really go, “Yeah, I like to have sex outside.” And it’s such a bop.’

Meanwhile, Who You Are singer MNEK covers Fastlove and takes inspiration from Michael for being an ‘incredible songwriter.’

‘I don’t think anyone ever really realised that he was writing and producing his material all himself, and he was a genius. There was no one who made music quite like him,’ he expressed.

MNEK added that ‘George is just the epitome of the white man who can really just turn it and be respectful of him being a guest in R&B and dance and electronica and Black music, which he was clearly a fan of and just really good at.’

As for American star Billy Porter, who covers Monkey, he hails Michael as ‘a white boy who really had soul, but he wasn’t trying to be Black.’

‘It was like he was subliminally speaking to all of us through his music. There was an inherent sass in it that not a lot of men were doing,’ he said.

Scissor Sisters frontman Jake Shears covers Amazing, and he credits Michael for giving him ‘a licence to have fun with music’, recalling seeing Wham!’s faces ‘everywhere’ growing up following the release of smash hit Wake Me Up Before You Go-Go, when Jake was just four-years-old.

He added that songs like Enjoy What You Do? helped him shape early Scissor Sisters songs, allowing him to ‘get a little bit goofy with the writing.’

The pop-rock singer said it’s an ‘honour’ to be part of the project and he hopes Michael himself will be ‘out there somewhere digging it.’

This year marks 50 years of Pride, so it seems only fitting that Metro.co.uk goes above and beyond in our ongoing LGBTQ+ support, through a wealth of content that not only celebrates all things Pride, but also share stories, take time to reflect and raises awareness for the community this Pride Month.

And we’ve got some great names on board to help us, too. From a list of famous guest editors taking over the site for a week that includes Rob Rinder, Nicola Adams, Peter Tatchell, Kimberly Hart-Simpson, John Whaite, Anna Richardson and Dr Ranj, as well as the likes of Sir Ian McKellen and Drag Race stars The Vivienne, Lawrence Chaney and Tia Kofi offering their insights.

During Pride Month, which runs from 1 – 30 June, Metro.co.uk will also be supporting Kyiv Pride, a Ukrainian charity forced to work harder than ever to protect the rights of the LGBTQ+ community during times of conflict, and youth homelessness charity AKT. To find out more about their work, and what you can do to support them, click here.