Olivia has been making waves in the music industry over the past few months with her debut album Sour which was released just weeks ago. Throughout 2021 the 18-year-old has achieved a slew of number one hits, including Good 4 U. Her first smash hit was Drivers License, which reached number one in the US, UK, Canada, Australia, Denmark, Ireland, New Zealand, and many more, before going multi-platinum.

In the touching song, Drivers License has Olivia talking about driving around her old haunts, just like she had talked about doing with an ex-boyfriend.

While similar artists, such as Taylor Swift, use fictional storytelling to write their music, fans have become convinced Olivia’s breakout hit is actually biographical.

Her listeners have pointed at a few moments in her life that could be the basis for her song.

It all stems from her relationship with fellow Disney star Joshua Bassett. 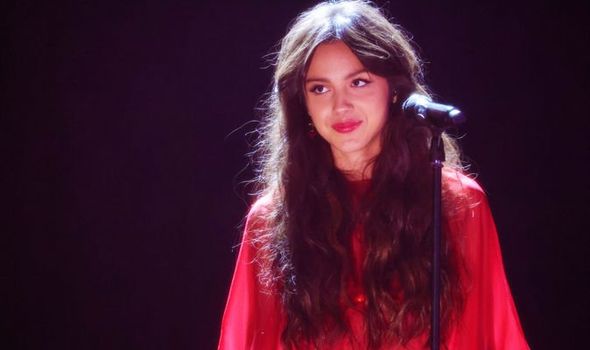 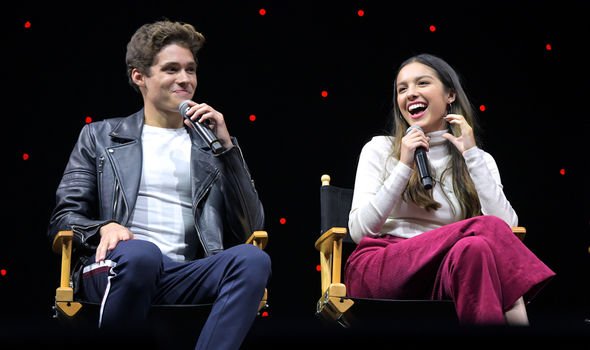 Olivia and Joshua played a couple on the Disney Plus show High School Musical: The Musical: The Series, where their real-life relationship blossomed.

However, after splitting up the song was written and released.

The final cut of the track includes a lyric referencing an “older blonde girl who always made [her] doubt”.

SCROLL DOWN TO WATCH THE SNL SKIT 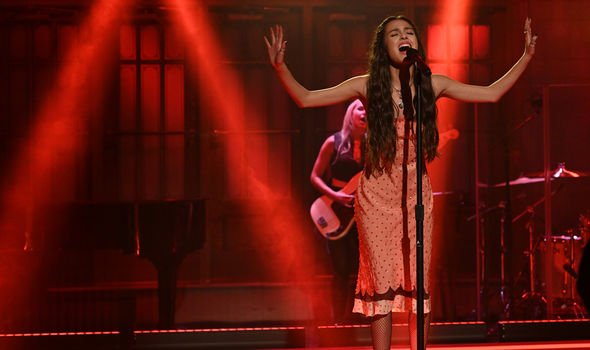 WATCH THE SNL SKIT ABOVE

Although Olivia has never mentioned Joshua or Sabrina by name, the theory was all but confirmed in February.

In it, he mentioned Joshua and Sabrina by name, before a comment was made by another comic who said: “My b***h ex Gina is Joshua Bassett.”

Shortly after this skit was release, Joshua himself responded to the claims.

On his own website, Joshua started selling shirts that read: “My b***h ex Gina is Joshua Bassett.”

Neither Olivia nor Joshua have publicly commented on the origins of the song, or the end of their relationship, so fans will simply have to continue speculating over it all.

CheatSheet reports that Olivia is currently single, following her split with her co-star.

The youngster recently spoke out about the inspiration behind her debut album.

Speaking to Sunday World, Olivia pointed at another teen pop sensation, Lorde, as the beginning of her musical work.

She said: “[Lorde] talks about driving to the suburbs and going to school and all her friend-group drama.

“I remember thinking: ‘she’s taking this normal experience that we all go through and turning it into something really beautiful and artful.’

“I always wanted to write a record like that, but never felt like I had that normal life experience.”

Olivia Rodrigo – Sour is out now.