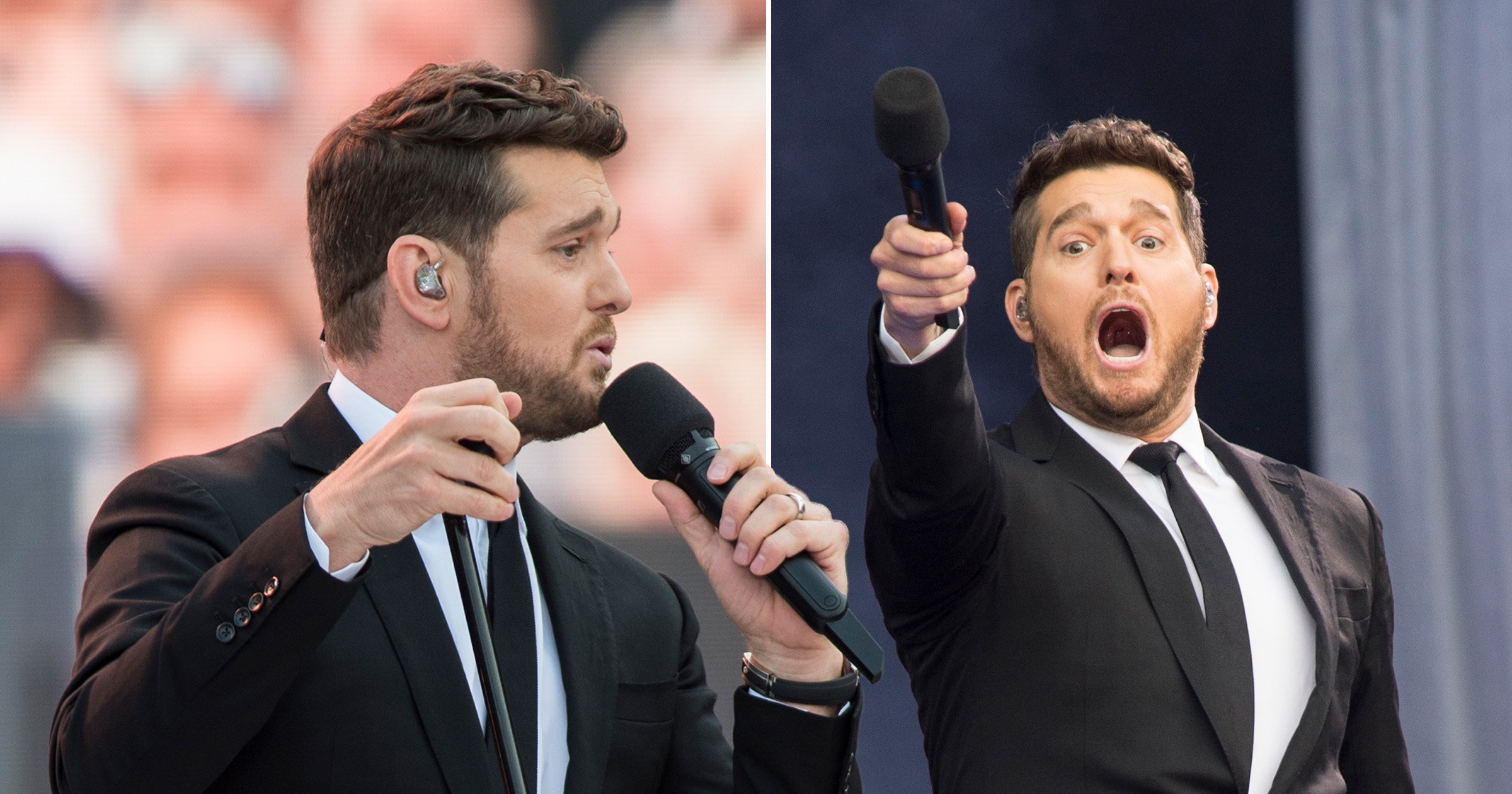 Michael Buble has been praised for halting his latest UK tour show to help a fan in need after noticing the crowd were screaming for his assistance.

The Just Haven’t Met You Yet singer has spent the past month performing around the country on his An Evening With Michael Buble tour.

It was a long time coming for fans of the Canadian crooner after the jaunt was postponed from last year due to Covid restrictions.

On Monday night, Michael, 46, performed the final night of the UK leg at Exeter’s Powderham Castle when an incident occurred in the audience.

The singer was forced to abruptly halt the show when a section of the crowd began shouting loud enough for him to realise something was wrong. He appealed to the crowd for information and gathered that one audience member required medical attention, the Mirror reports.

Concert-goer Carla Snell told the publication: ‘There were people in the back of the crowd and Michael said: “What’s going on why is all these people shouting?” And then he asked for the paramedics to go and he talked to the crowd about not being scared.

‘People in the audience were shouting and trying to get his attention as paramedics were required.’

Carla added that Michael attempted to lighten the mood by making a ‘joke of it’.

The end of Michael’s tour didn’t end entirely smoothly as many complained of traffic build-up outside his concert at Hertfordshire’s Hatfield House, causing many to face difficulties trying to leave for some time.

Michael, who has been promoting his latest album Higher, is no doubt looking forward to putting his feet up and enjoying a much-needed rest having toured since 2019.

An Evening With Michael Buble began in February that year and has spanned across the world, with legs including North and South America.

However, he’ll probably be just as busy at home as his wife, Luisana Lopilato, is currently pregnant with their fourth child after announcing the news in February.