Madonna CANCELS eighth show of Madame X world tour ‘I must listen to my body’: Here’s why

Madonna is currently on her world tour but last night cancelled a show in Lisbon, Portugal with just 45 minutes notice. According to the BBC, an email informed ticketholders at 19:45 before the 20:30 show: “We regret to inform you that Madonna is unable to perform this evening.” The 61-year-old posted on Instagram: “Thank you again Lisbon! Sorry I had to cancel tonight but I must listen to my body and rest!!”

Commenting on a previous performance in an attached video, Madonna added: “That white port got me through the rest of the show!

“See you on Tuesday fingers crossed.”

Madonna is due to perform at Lisbon Coliseum on Tuesday, Wednesday and Thursday next week before a string of dates from late January to mid-February at the London Palladium.

The move was the eighth time Madonna has cancelled a show on her current world tour. 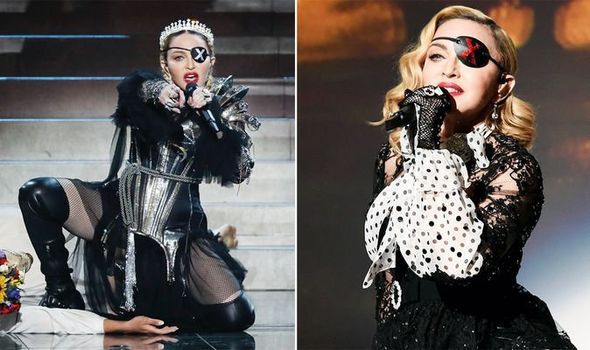 Madonna has not revealed why she cancelled the show, but in a previous post on Instagram this week the singer showed herself warming up while “injured”.

The footage saw the star wearing knee supports and back in November at a San Francisco gig she said how she had been suffering from a “torn ligament” and “bad knee.”

Meanwhile, other video haves have seen her having post-show ice baths to soothe “multiple injuries” that have been causing “overwhelming pain”.

Back in 2017, Madonna reacted strongly to calls for her to retire from music. 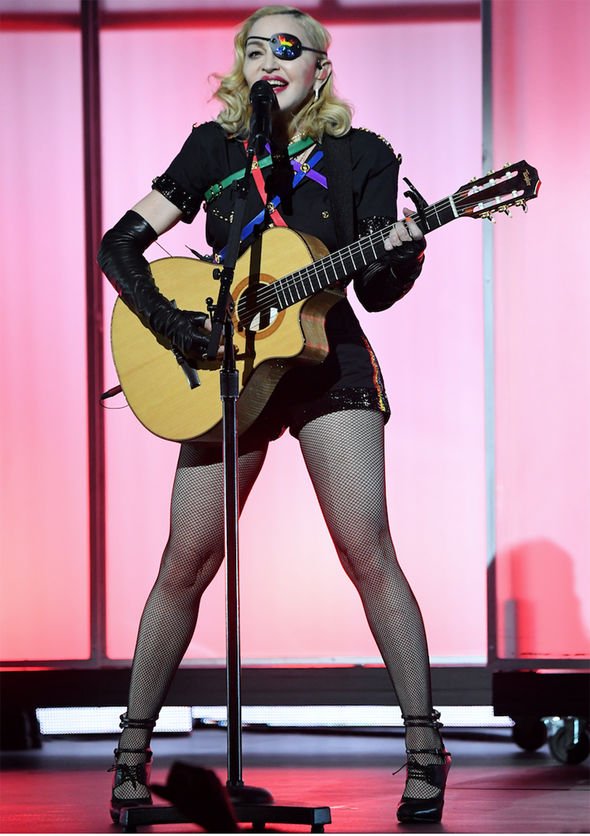 “And I’m like, ‘Why do I have to explain myself?’ I feel like that’s a very sexist thing to say.”

“Does somebody ask Steven Spielberg why he’s still making movies?

Madonna continued: “Did somebody go to Pablo Picasso and say, ‘Okay, you’re 80 years old. Haven’t you painted enough paintings?’ No.”

“I’m so tired of that question. I just don’t understand it.

“I’ll stop doing everything that I do when I don’t want to do it anymore.

Madonna is the best-selling female music artist of all time with claimed sales of as much as 300 million since her first charted record in 1982.

Meanwhile, she’s the fifth most successful music act ever after The Beatles, Elvis Presley, Michael Jackson and Elton John.

Madonna is also the highest-grossing solo touring artist of all time, having made over $1.4 billion from concert tickets.

Her Madame X Tour will continue until March 11, 2020 with dates at Le Grand Rex in Paris, France.