Little Mix are officially back with a brand new single, and we’re pretty sure this sexy floor-filler will be topping the charts for quite a few weeks to come.

Jesy, Leigh-Anne, Jade and Perrie have dropped ‘Woman Like Me’, their pop-reggae collaboration with Nicki Minaj they’ve been teasing on social media for nearly two months now. Have a listen below:

‘Woman Like Me’ is basically the all-star collaboration to end all collaborations. ‘Hold My Hand’ chart-topper Jess Glynne originally wrote it with Ed Sheeran and mega-producer Steve Mac for her new album, but ultimately gave it to Little Mix.

Earlier in the day, the group tweeted: “The feeling of releasing new music for you never gets old. #WomanLikeMe is going to be all yours at midnight. We hope you love it.”

The track kicks off an all-new era for Little Mix, who have spent some time out of the public eye since wrapping up their ‘Summer Hits Tour’ in Scotland back in July. 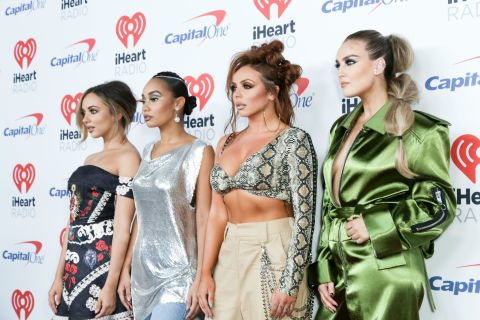 During the tour, the ladies received huge praise from the LGBTQ+ community for releasing the ‘Only You’ music video, which depicted American actress Peyton List having a romantic rendezvous with a mermaid.

Earlier this year, the girl group reached a hugely impressive milestone when ‘Reggaetón Lento’ led to them matching the Spice Girls’ record for platinum records, with eight.

We’ll let you decide how ‘Woman Like Me’ stacks up to ‘Cannonball’, ‘Shout Out To My Ex’ and ‘Power’, but Digital Spy recently did rank all of the group’s number-one singles. Click here to check out our ranking.