Katie Crutchfield on the Art of Songwriting

Katie Crutchfield of Waxahatchee has been making noise since her teens, when she started out in the Alabama punk rock scene. She began writing songs at a tender age, learning to play guitar alongside her twin sister Alison Crutchfield, who fronts the band Swearin’. Since then, Katie Crutchfield has become one of indie rock’s most acclaimed singer-songwriters—not to mention one of the most wildly prolific. The sisters have been in and out of bands together, including P.S. Eliot, the Ackleys and Bad Banana. But Katie is best known for the music she’s made since 2010 as Waxahatchee, piercing hearts with cult classics like Cerulean Salt and American Weekend. Waxahatchee scored a major breakthrough last year with Out in the Storm, the band’s biggest and best album, as her urgent tales of heartbreak finally got the attention they deserved. The brand new Great Thunder EP collects stray tunes Crutchfield stashed away on cassettes by her side project Great Thunder over the years. (Swearin’ just dropped an excellent new album too, Fall Into The Sun—these Crutchfield sisters do not waste time.) Katie Crutchfield spoke to Rolling Stone about songwriting, growing up punk in Alabama, collaborating with a twin, worshipping Lucinda Williams and karaokeing country songs.

You’re almost maddeningly prolific. Do you write a song a week? Or do you save them up and binge them?

I save them up. There’s pockets of ideas and there’s melodies and there’s lyrics and there’s little pieces of the puzzle, fragmented and scattered all over the place in my life. Then when I have a moment to really organize everything, that’s when the full songs come to fruition.

How did you start making music as a kid?

My twin sister Alison and I really loved musical theater. We watched a lot of musicals as kids, and we also danced for our entire childhood. So performance was always important to both of us. Then the typical sort of teenage angst set in, and we started to discover underground music. We had one friend who really liked Nirvana. So we got into grunge when grunge was just out of fashion—the least cool grunge has ever been.

You were growing up in Alabama?

Yeah. That’s where we started our first band, when we were 14. We didn’t have a lot of friends, so we got into playing music. She learned how to play drums as I learned how to play guitar. That became our whole world—we would write music and practice every single day. And through that we found a very small music scene in Birmingham—teenage punks that all played music together, which is interesting in a place like Alabama.

So Alison started writing songs after I did. She was really just the drummer and my biggest champion. Then she started to strike out and do her own thing too.

You’ve had a lot of bands together.

Many, many bands. P.S. Eliot was before Bad Banana. What was exciting about making music was the “us against the world” mentality. We were the pop band in a hardcore scene, and it was very male-dominated. We were the only women in the scene at all, playing music, at least. So P.S. Eliot was an early venture into feminism. “We’re going to do this thing. We’re going to play music and it’s going to be about our experiences in this misogynistic music scene. And we’re going to make it super weird, and make the recordings super shitty. Everyone hates us, but we believe in what we’re doing.”

Who were some of your music heroes?

R.E.M. was a big influence. I saw R.E.M. on their last tour, in an arena. I mean, I’m from the South and everybody loves them there, but honestly, at the time, R.E.M. was the same as the Eagles as far as how cool they were. Music my parents would like. But then I saw them and they just blew me away. I completely got it. The Velvet Underground was another big influence. Allison and I were into British Invasion music—the Kinks, the Beatles. The music that I was relating to, and wanted to emulate, was more on the pop side. But the state of mind that I was really into was punk rock.

Out in the Storm was a real leap forward last year—it’s like Carole King’s Tapestry or Fleetwood Mac’s Rumours, where you’re singing about adult emotions in such a cathartic way.

It’s funny—when I’m getting ready to make a record, it’s usually all-consuming, and every aesthetic choice is something that I pore over. But Out in the Storm just fell into place. I didn’t really think too much about it—I just let what felt right happen. And I think it’s a unique record in my catalog because of that. 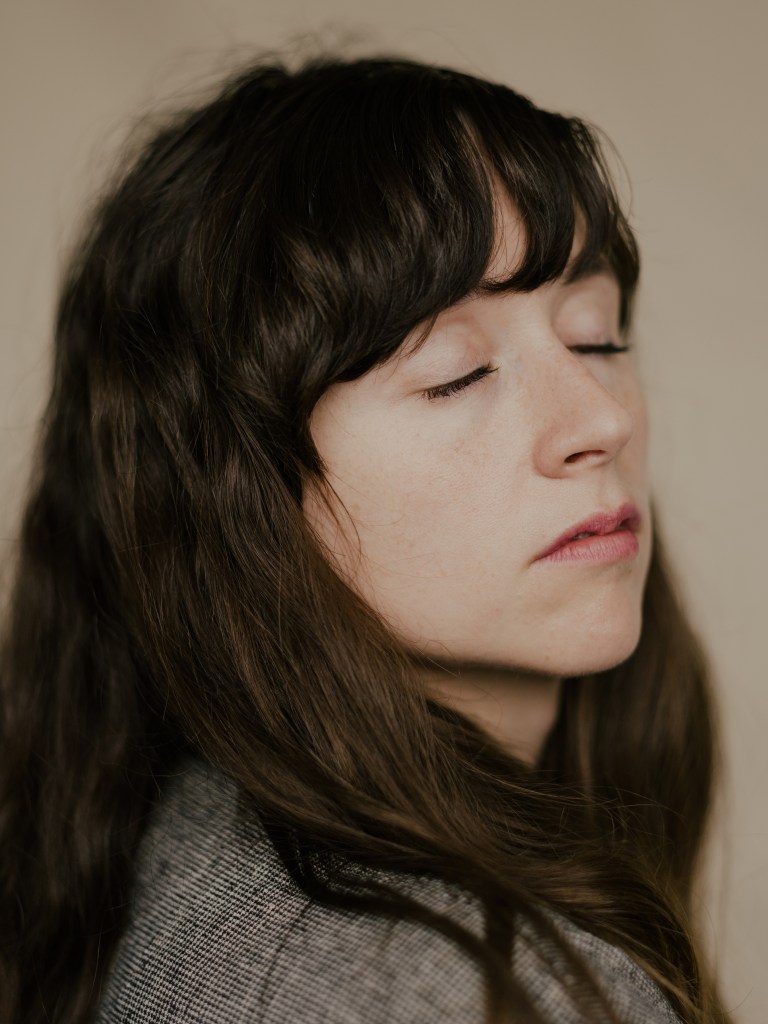 Photograph by Daniel Dorsa for RollingStone.com

The new Great Thunder—those songs go back a bit?

Great Thunder was a project I did simultaneously with the first couple of Waxahatchee albums. It was a wild project with my former collaborator, Keith Spencer. We would do albums that were 30 songs long, just crazy and experimental. For me it was always more like a creative practice than a serious thing. I liked the freedom, where we got into the headspace of “There are no rules, there’s no genre off-limits. Just go in whatever direction you want and see what happens.” It led me to write some of my favorite songs that I’ve ever written. But then the project faded into obscurity, which is why I wanted to bring the songs back and give them new life.

Giving those stray songs a home?

Yeah, exactly. They were stray and they were really cool, interesting songs. I feel like after doing Out in the Storm, which is very much like a big rock album, I wanted to do something quiet and minimal.

It has one of my favorite songs you’ve ever written, “Singer’s No Star”—this heartbreaking piano ballad where you’re singing, “Shoop, shoop, shoop.” Is that a Whitney Houston shoop? Or a Salt-N-Pepa shoop?

I would have to say Salt-N-Pepa is the shoop that I identify with the most. People have brought up Cat Power, too—there’s a lot of different shoops. But it isn’t specific to any of those artists. It’s just what came out.

Your songs are all over the map emotionally—some really upbeat, some just shattering. Which kind is more fun to write?

I feel like my favorite sweet spot is this juxtaposition between an upbeat-sounding melody with really sad, dark lyrics. If I can marry those two things, that’s where I feel the most at home in songwriting.

Do you have a go-to karaoke tearjerker?

My sister and I did “D-I-V-O-R-C-E” by Tammy Wynette once together. We practiced the harmonies in the backyard because we’re psychos. We did a pretty good job of it, I think. It was one of those nights where everybody was super drunk, doing Kelly Clarkson songs. And then we came out with that. We thought we were going to nail it, and everyone was like, “What is this weird old song you guys are singing?” I grew up on country. That’s my parents’ music—Loretta Lynn, Tammy Wynette, George Jones. When I was first starting to make music, country was the stuff I felt furthest away from. But I came back around in a big way.

You guys have been making music, together and separately, for such a long time. How have you and Allison influenced each other musically?

Well, we have a really specific kind of creative relationship. People think that we write songs together, which we don’t ever. We never really are in the room with each other. That process for both of us is pretty solo, pretty private. But she still has remained so important to my process, because we started at the bottom together—we’ve always made music for each other. So once I finish writing something, I need her to respond to it. I need her reaction in order to move forward, or to feel comfortable with sharing it. I think we need each other to ground the other one. When I finish a song, I think, “I made this for myself, and I made this for Allison. And if we both feel good about it then whatever else happens is fine.” That’s the test of “is this a good song or not?”—if we both feel good about it.

Like John Lennon and Paul McCartney—they didn’t write songs in the room together, but they wrote to impress each other.

Totally. It’s not competitive, but we’ll influence each other. There will be this collective consciousness between the two of us.

It’s my only experience in life, being a twin, but yeah, it’s pretty wild—the shared life experience that you have. I know a lot of twins who have diverged at a certain point, where they go down their own routes, but Allison and I have stayed doing the same thing parallel to one another. It does feel very cosmic.

Are there artists that you look at and say, “That’s the kind of career I would use for a model”?

I think about Neko Case. She’s kind of my hero—she’s always continued to make amazing albums and grow creatively. I really look up to her. Lucinda Williams, she’s my number one favorite songwriter of all time. It’s funny, I only really discovered her music a few years ago. I’m resistant when people push anything on me—and so many people were like, “You have to listen to this. This is your music.” And when I finally just made the space for it, it hit me really hard. As I dig through her catalog, I just keep finding more songs where I say, “No, this is the greatest song of all time. No, this is the greatest song of all time.” There’s just so many moments of brilliance. 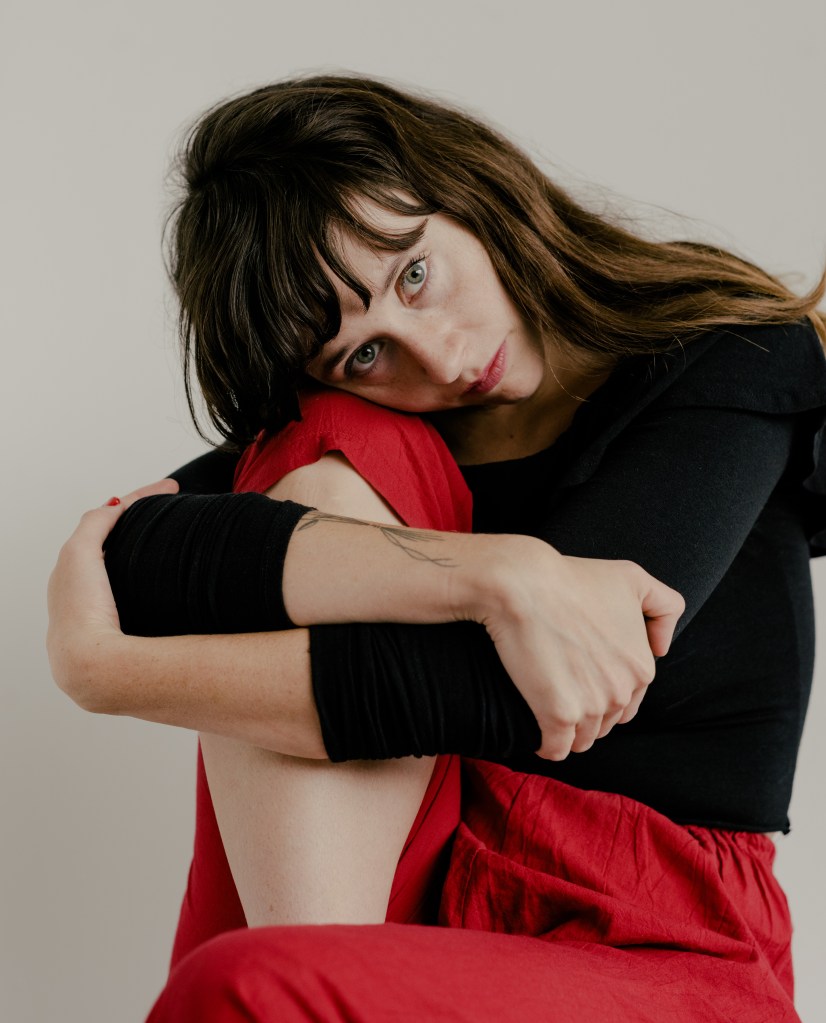 Photograph by Daniel Dorsa for RollingStone.com

There’s a lot of pop in what you do.

Honestly, I’m a really big fan of modern pop music, I love Kendrick Lamar, I love Beyoncé. Those are the artists, to me, that are pushing the envelope right now, creating the culture. I really liked that Harry Styles album a lot.

This year there are so many great young singer-songwriters with guitars— artists who sound in part like they’ve been influenced and inspired by you. What advice would you give them?

There’s been so much good music coming from young women lately. My advice would be slow down. Take care of yourself. Drink water, get enough sleep, say no to things. There’s always that pressure to take every single opportunity. And that’s important to work, obviously. But there are times when I look back and think, “Wow, I was so spent and tired.” Maybe I would’ve benefited from taking it a little slower and focusing more on writing. Those are just lessons that you learn, I guess. Say no sometimes. Prioritize your creative practice and your self-care. I have to tell myself to slow down a lot—it’s something that doesn’t come naturally. I feel like I’m both giving that advice to others and to myself.

Leonard Cohen always said, “What I like most about the songs is their doneness.”

Yeah. 100 per cent. I’m a project-driven person, and the finished tangible thing at the end is why you do it. So the doneness is the best part.