Jerry Jeff Walker, known for the hit song "Mr. Bojangles" and being a pioneer in outlaw country, passed away on Friday, Oct. 23 after a long battle with throat cancer. 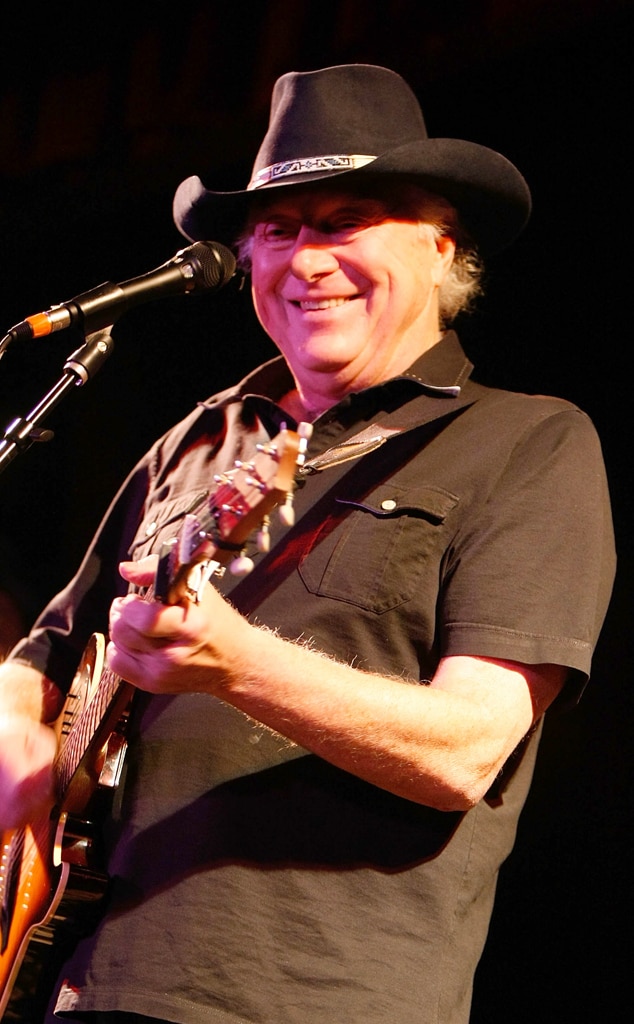 The world of music has lost a star.

Country singer and songwriter Jerry Jeff Walker has passed away at the age of 78, multiple outlets report.

Known for his hit "Mr. Bojangles" and being a pioneer of outlaw country, the legendary musician died on Friday, Oct. 23 following a long battle with throat cancer, Rolling Stone confirmed through the star's publicist.

E! News has reached out to Walker's reps for our own confirmation and have yet to receive a response.

The singer and songwriter was born Ronald Clyde Crosby in Oneonta, New York in 1942. However, he lived most of his life in the South, most notably in Austin, Texas.

While living in the "Live Music Capital of the World," as Rolling Stone notes, Walker became a star with his outlaw country sound, where musicians like Willie Nelson, Waylon Jennings, Ray Wylie Hubbard, and Michael Martin Murphey were performing a similar style.

Following the news of Walker's death, many took to social media to pay tribute and honor his legacy.

Bill Clinton shared on Twitter, "I was saddened to hear about the passing of Jerry Jeff Walker. I'll never forget seeing him at the Armadillo music hall in Austin in 1972, or his performance for my 1992 campaign the night before Election Day. He was a true original, and his music will live on."

Jack Ingram expressed on Twitter, "Jerry Jeff Walker died yesterday. He was an absolute treasure in my life & a real hero. Every time you have ever seen me jump off some kind of cliff on stage like a teenage kid on a BMX bike and you thought, WTF is he trying to do… & then we nail the landing! Jerry Jeff Walker!"

Musician and composer Kathy Valentine wrote, "RIP @jerryjeffwalker who wrote and sang part of the soundtrack to my life. Austin would not be what it was, what it is, without him. Condolences to his family and loved ones."

Musician Jason Narducy recalled the unforgettable experience he had the first time he met Walker. "I went to a Chicago radio station early one morning in 1993 because there was a rumor Pete Townshend might show up to do an interview. I was hoping I could meet Pete. I shared an elevator with a man carrying a guitar so I introduced myself. It was Jerry Jeff Walker," he remembered.

Shonda Rhimes Reveals the Disneyland Debacle That Made Her Leave ABC

A Year After His Deportation, Joe Giudice Has A Lot to Say

"He was doing an interview at the same station. I was honest with him about why I was there. JJW said 'Oh yeah – Pete's great. Say, why don't you pretend to be my assistant so you can come into the station with me. You'll have a better chance at meeting Mr. Townshend that way,' Jason continued. "I accepted his offer and was excited to get into a little harmless mischief with a legend like him. I stood in the control room while JJW was interviewed. A station employee asked me, 'Does Mr. Walker need anything?' I looked up and said 'What?' I'd already forgotten my role."

Jason explained after the interview, the staff grew suspicious that he really wasn't Walker's assistant.

"He was really having fun now and I was on my own. I could no longer hang out waiting for Pete," he added. "So I jumped in the elevator to get a couple more mins w/ Jerry Jeff Walker. I was 22 and starting to get a little attention from the "music industry". I told him ASCAP wanted to sign me & asked him if BMI was better. He got off the elevator & before the doors closed he said… 'They'll both fuck you, son.' The doors closed."