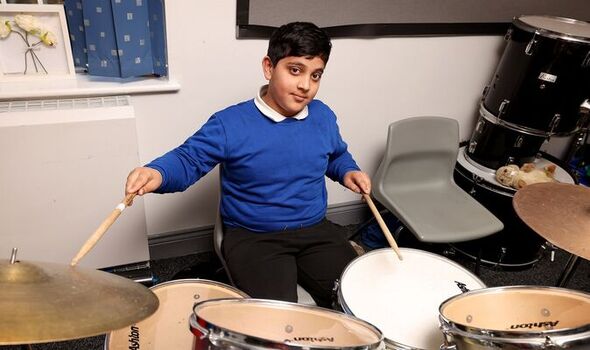 Research by the Royal Philharmonic Orchestra revealed that 85 percent are keen to make music part of their education. It also revealed that children’s access to music is vital for developing greater inclusion and equality across society.

The national poll of 1,000 pupils aged six to 18 listed the top 10 instruments that children would want to play.

Piano, guitar and drums were, perhaps unsurprisingly, the most-liked instruments but a majority (62 percent) named an instrument more likely to be found in an orchestra than in a pop group.

Based on the choices of primary pupils, the orchestras of tomorrow will look very different – with lots of drums, recorders, pianos and ukuleles but few horns, trombones or cellos.

The trombone was the most unloved instrument, despite its use by music legends such as Glenn Miller and Tommy Dorsey.

Interest in learning an instrument was high in all regions. The appeal of orchestral instruments peaked at 82 percent in London and 66 percent in Yorkshire, Humber and eastern England.

Interest was higher than average for children from low-income homes (88 percent) or in single-parent households (87) and for those with disabilities (92).

Even though many of the bigger concert halls are in cities, the allure of learning an instrument was high in remote areas (84).

The National Plan for Music Education unveiled by ministers last month was broadly welcomed by industry bodies but most insist it is “only the start” of turning around the ailing topic.

The Strike A Chord crusade wants music education transformed after it emerged that free or subsidised lessons have disappeared from many state schools.

Children’s interest in learning an instrument drops from 90 to 58 percent between the ages of 11 and 17. For orchestral instruments the fall was steeper – 70 to 30 percent in six years. James Williams, managing director of the Royal Philharmonic said: “We are passionate about music’s power to create a more equal and inclusive society, but this starts in the classroom.

“Children from more diverse backgrounds must be given the opportunity to learn an instrument and discover the genre.

“The recent pledge by the Government to make a multi-million pound investment into music education was a step in the direction but it will impact tens of thousands of students not millions.

“We need to see music treated more seriously as a GCSE and A-level subject and for children of all regions and backgrounds to have the same opportunities. The talent must be nurtured to populate tomorrow’s bands and orchestras, and we must never forget that music is one of Britain’s greatest commercial exports.”