Dolly Parton is her own creation. When she first started out, lots of people tried to tell her how to design her music career. She recently shared the worst piece of advice she ever received. If she’d taken it, the Dolly Parton we know and love today would cease to exist.

In the latest episode of the WorkLife with Adam Grant podcast, Parton spoke about the worst advice she ever received. In fact, she received the same terrible advice over and over.

“The main advice that people wanted to give me was to change my look,” she said. “To go simpler with my hair. And the way that I dressed. Not to look so cheap. Nobody was ever going to take me serious, they would say.”

But the “Dumb Blonde” singer knew what she was doing when she created her persona. She wanted to be larger than life, a reflection of how she felt on the inside.

“The way I look and the way I looked then was a country girl’s idea of glam, just like I wrote in my ‘Backwoods Barbie’ song,” she said. “But people wanted me to change. They thought I looked cheap.”

Well, yeah. That was kind of the whole point.

Dolly Parton’s look was inspired by ‘the town tramp’

Growing up incredibly poor in the mountains of East Tennessee, the “Jolene” singer wasn’t exposed to a lot of glamour. The woman she looked up to the most in terms of style was the town tramp.

“I patterned my look after the town tramp,” she said. “And everybody said, ‘She’s trash.’ But in my little girl mind I thought, ‘Well, that’s what I’m gonna be when I grow up.’ It was really like a look I was after. I wasn’t a natural beauty. I just like to look the way I look. I’m so outgoing inside, I need the way I look to match all of that.”

It’s hard to imagine a Dolly Parton who listened to advice that told her to soften her look. Her hair would be of normal height, there would be far fewer sequins, and the colors of her ensembles might live more in the earth tone family rather than the Northern Lights. How boring.

Parton knew what she was doing all along. Her schtick opened many a door when she was a young performer. Not many people would take a chance hiring an earnest up-and-coming singer/songwriter. But a few more might take a chance at one that, at the very least, looked entertaining. 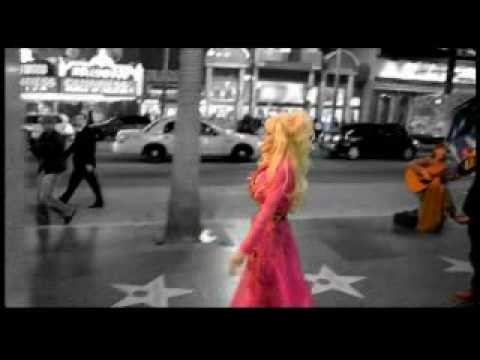 Parton’s relationship with her public persona (look included) wasn’t without complications, though. There was a time when she viewed Dolly Parton the performer as a part she played, “like a ventriloquist does his dummy.”

At this point, though, the line has blurred.

While there are parts of Parton that are loud and sequin-dazzled, there are also parts that crave being alone in nature, walking through the woods barefoot in search of butterflies as she did as a girl.

And it’s up to her which faces she shows the public.

“I’m just a backwoods Barbie, too much makeup, too much hair/ Don’t be fooled by thinkin’ that the goods are not all there/ Don’t let these false eyelashes lead you to believe that I’m as shallow as I look/ ‘Cause I run true and deep.”