How Is Chrissy Teigen Really Doing Amid Her Bullying Scandal?

It’s been a tumultuous time for Chrissy Teigen, and many fans have been wondering how she’s truly doing behind closed doors, considering the fact that she’s been mostly absent from social media over the past month.

It all started when Courtney Stodden, a model and singer who infamously married Doug Hutchison when he was 50 and she was only 16, called Teigen out for her problematic tweets. In said tweets, Teigen bullied Stodden, and even told them to take a “dirt nap” and “go to sleep forever” (via TMZ). Teigen did initially respond to Stodden’s claims, tweeting an apology and stating that she “tried to connect with Courtney privately.” According to Stodden, however, Teigen did not reach out privately, and moreover, Teigen apparently had Stodden blocked on Twitter — meaning that they couldn’t see Teigen’s public apology, either. Stodden did ultimately accept Teigen’s apology — however, many fans felt like it was too little, too late for Teigen to bounce back from all the drama.

Fast-forward about a month, and Teigen had been laying low on Instagram and Twitter, platforms on which she’s usually very active. Teigen finally broke her silence when she posted a lengthy apology on June 14, in which she called herself a “troll.” (Later that day, fashion designer Michael Costello accused Teigen of cyberbullying him as well). Despite the apologies, Teigen has already lost a number of partnerships and deals, and her reputation has been notably damaged.

So, how is Teigen really doing? Keep reading to learn more.

Chrissy Teigen may be doing better than we think, according to John Legend 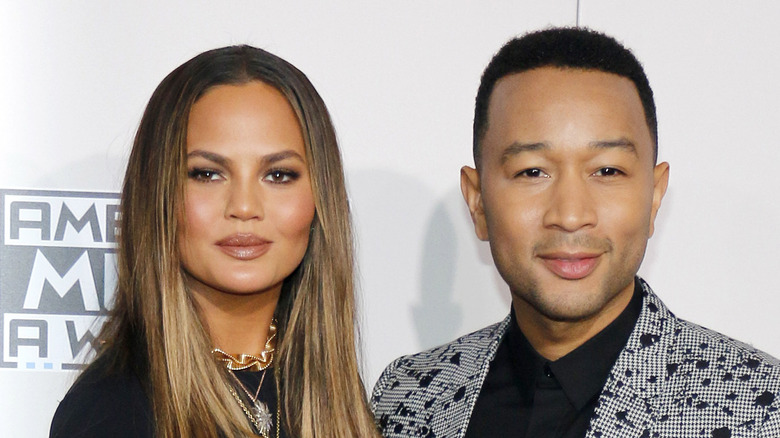 In light of her bullying scandal — which includes past tweets directed towards Courtney Stodden, Lindsay Lohan, former Teen Mom star Farrah Abraham, and, more recently, incriminating messages to designer Michael Costello — Chrissy Teigen has been laying low both online and in real life. While Teigen has eased her way back into social media by posting a lengthy apology and a picture of her new tattoo, many fans are wondering how Teigen is handling the scandal privately.

Thanks to Teigen’s husband, John Legend, we now have a little more insight into how the model is dealing with the backlash behind closed doors. On June 16, the singer was spotted walking near his and Teigen’s Beverly Hills home when someone asked how Teigen is doing (via the Daily Mail). Legend’s response? “Great!”

While Legend seems to be shrugging off the whole controversy, it may not be so easy for other people to do so. “Chrissy Teigen is not a good person, and you can’t change my mind,” one person tweeted, amid a sea of criticism against the model. People remain pretty divided on what to make of Teigen’s apologies, but if Legend’s response is any indicator, she isn’t having too hard of a time adjusting to a quieter life with much, much less social media.