Hollyoaks‘ actor Gary Lucy has split from his wife Natasha.

Lucy, who plays Luke Morgan in the Channel 4 soap, began dating Natasha in 2004. The couple wed 10 years later and have three children together.

In a statement to The Sun, they said: “It is with great sadness that we announce the end of our marriage.

“This was a very difficult decision, but was reached mutually and amicably. No other parties are involved. 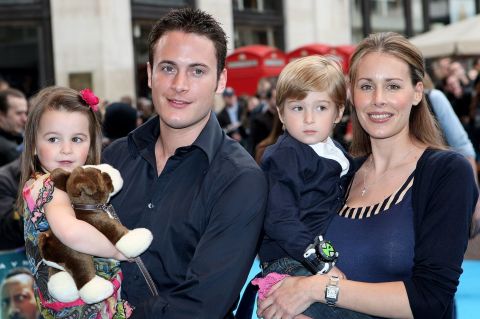 “Our priority is, as always, our children. There are no secrets nor salacious events at the root of our decision, just two best friends realising it’s time to take some space and help each other live the most joyous, fulfilled lives possible. We are still a family and will always be loving, dedicated parents.”

The actor is currently on hiatus from Hollyoaks as he stars in the Full Monty stage show.

His character left the village after discovering his wife Mandy was having an affair with their best friend Darren.

But it looks as if Luke could be back soon, as Mandy gets some life-changing news next week when she discovers she’s pregnant with Darren’s baby. 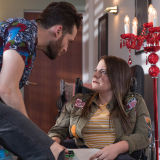 Digital Spy Soap Scoop video – hit play below for all the latest Hollyoaks spoilers, as Liam blackmails Courtney, and Sinead gives into temptation with Sami again.