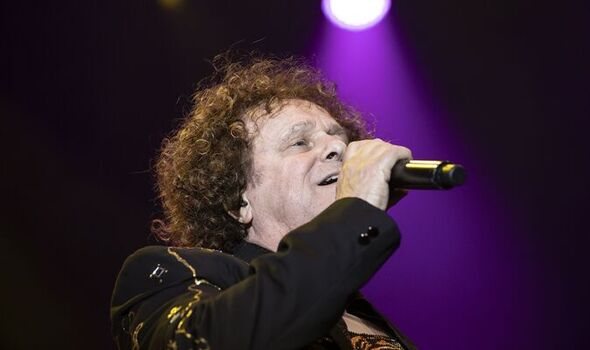 “People ask me, ‘When are you moving back to England?’ and I’m like, ‘Erm, I’m not sure about that,'” Sayer smiles. “I love living in Australia, with the open space.”The star is talking over Zoom from the recording studio at his home in Berrima in the Southern Highlands, about a 90-minute drive from Sydney, where he and his Italian partner Donatella Piccinetti first settled in 2005. He describes it as a sleepy village with a population of just 600 which reminds him of Shoreham-by-Sea where he grew up. “It’s lovely and quiet, and it kind of looks like a Sussex village. We’re very happy here.”

A citizen of his adopted homeland for 13 years now, there’s a slight Aussie twang to his voice. And at the age of 73 he still has the mop of curls that made him stand out when he stormed the charts in the 1970s with hits like The Show Must Go On, You Make Me Feel Like Dancing and When I Need You.

No lesser moptop than Paul McCartney, he says, advised him not to cut it when he was starting out.

“My dad had a full head of hair until the day he died so I suppose it’s hereditary, although I do have to dye it these days,” he admits.

His chart heyday may be well behind him now but Sayer continues to make records, the latest of which is called Northern Songs: Leo Sayer Sings The Beatles. A bold move, I venture, especially when the lead track is a reworking of Eleanor Rigby mashed up with Michael Jackson’s Billie Jean. But the man who used to dress as a pierrot in his stage act enjoys shaking things up.

“I don’t know why the idea for the Billie Jean beat popped into my head but it fit. I played it to friends and they went, ‘Ooh, that’s a bit brave’ but it seemed logical to me,” he says.

“I wanted to add some groove to The Beatles with some surprises, have some fun with it and put my own spin on it.”

Thus the album also features Yesterday with a Cuban rhythm and A Hard Day’s Night in the style of Van Morrison, the singer explaining: “I didn’t want to do literal covers and of course there’s been some criticism because there are diehard Beatles fans who go ‘You can’t touch that’.

“But mostly the reaction has been very enthusiastic. Knowing some of The Beatles personally, I had this rather unique take on looking at the work of friends.”

Sayer has always collaborated with other artists. It was while he was working with the late Lonnie Donegan that he first met Ringo Starr.

The former Beatle was on drums and Leo was on harmonica for the skiffle star’s 1978 album Puttin’ On The Style.

“We ended up hanging out and Ringo is such a beautiful character. He was lovely to be around and very funny.”

Sayer had already encountered John Lennon when working as a graphic designer before his singing career took off.

Yoko Ono had a flat above the design studio and Leo and Lennon bonded over cigarette breaks in the communal yard.

“But I never had the courage to say, ‘I’m a big fan’. I kept my cool and asked, ‘Want a light?'” A few years later, when Sayer was working on his first album, he bumped into Lennon and the Beatle said: “It’s you! We shared a fag, didn’t we?”

He knew George Harrison best of all, having formed a bond with him over their mutual love of Formula 1.

“We’d go to races together and found we had a lot in common, like a love of blues music. I’d see him in Australia, England and America,” he recalls. Sayer also enjoyed hanging out with British F1 champions James Hunt and Nigel Mansell.

And Paul McCartney? Macca turned up at lunch after Leo signed with Adam Faith as his manager in the late 1960s and told the fledgling popstar: “Anything you want to know, just ask me.”

A starstruck Sayer asked him what type of microphone he favoured and Paul shot back, “You’ll learn all that stuff,” followed by, “I’ll give you one piece of advice, ‘Don’t cut your hair’.” Having changed his first name from Gerard to Leo because his co-writer David Courtney joked that his hair looked like a lion’s mane, he went on to huge success both here and in the States.

Adam Faith, he says, was a good teacher because he’d been in the business since the late-1950s and knew about the fame game.

“He prepared me for it brilliantly,” he recalls. “He made me do a thousand gigs before we cut a record, he’d come to every gig and he’d always tell me I’d done something wrong. He was so critical and tough, and he was like a Svengali to me. He trained me so well.”

When he appeared on The Old Grey Whistle Test with The Show Must Go On in 1973 in a pierrot costume he felt primed and ready.

“If you look at it on YouTube you can see I’m pretty cool. I knew what I was doing and had some little bits of stagecraft. When fame and success followed Adam had already prepared me for it.”

It’s been well documented that Sayer, having lost millions of pounds through bad investments, eventually sued Faith for mismanagement and received an out-of-court settlement. So why didn’t he part ways with Faith sooner? “I couldn’t bear to leave him because he was so powerful, although I should have done because he started ripping me off, but those first few years were amazing. He opened so many doors for me and I count myself very lucky.”

He even attended Faith’s funeral in 2003 and was one of the pallbearers. “He still owed me millions but I loved him even though he was a rogue,” Leo adds. “He had such flair and charisma, and I still say he was the best introduction I could have had into the music business.”

Sayer was divorced from his wife Janice in 1985 after 12 years of marriage, and he’s never remarried, although he and Donatella have been together for more than 35 years.

They made a conscious choice not to have children but I wonder if he regrets that?

“No, never. I was travelling everywhere, giving birth to songs, keeping busy, so I don’t feel like I’ve missed out.”

“And let me tell you, it was nasty at this age,” he sighs. “I had Omicron so I could still smell and taste but I had incredible fatigue and no appetite.

“Even fully vaccinated, it saps all your energy. I was bed-ridden with it for seven or eight days. It was rotten.”

Sayer doesn’t mince his words when asked how he thinks the Australian government is handling the pandemic.

“The bureaucracy here is c***,” he feels. “They’re completely over the top, whereas you guys are maybe veering the other way and kind of ignoring it.

A TIRELESS tourer who still loves hitting the road, Sayer laments the fact that, with Covid restrictions, music is playing second fiddle to sport in Australia.

“We have fantastic sporting events, like the Australian Open and The Ashes, and they let everybody into these big stadiums.

But it’s not the same with music, which is sad.

“Live performance over here is almost dead at the moment. If we get a gig it’s a miracle. I did one in January in Sydney Harbour, outdoors, but there was this vibe of ‘Are we doing the right thing?'” That’s why he can’t wait to head home in September for an extensive UK tour, on which he’ll be doing all the old hits as well as a few songs from the new album. His first port of call? Leo grins.

“Marks & Spencer. In the middle of the afternoon when I’m in the studio I’m dreaming of their tuna sandwiches. I love it here, but I do miss a good M&S sarnie!”

Northern Songs: Leo Sayer Sings The Beatles is out now on CD. Tickets for his 2022 tour are available now through leosayer.com