Festival Nrmal at 10: Inside Latin America’s Most Egalitarian Music Fest

Festival NRMAL has long been the black sheep of Mexico’s vibrant live music landscape, first emerging as a party for Monterrey’s esoteric indie kids and now as the country’s foremost D.I.Y. and experimental music spectacle. Yet even after expanding and relocating to Mexico City in 2015, the festival’s mission has remained constant in its commitment to artists and movements rising outside the mainstream gaze and fostering spaces for challenging art to thrive and inspire.

On Saturday, Festival NRMAL adds another chapter to its impeccable curatorial track record with a 10th anniversary celebration, featuring headlining performances by Death Grips, Mazzy Star and Spiritualized. While these exciting bill toppers are expected to dazzle Mexico’s underground cognoscenti, NRMAL’s devoted community of fans will quickly inform you the weekend’s true treasures are usually printed in smaller fonts.

NRMAL was founded in 2008 by Pablo Martínez and Armando Cantú; conceived as an insurrection against stagnant booking practices that heavily favored regional music and (typically male) rock en español stalwarts. The two used Monterrey’s proximity to the U.S. border to tap the stream of international talent regularly pouring into Austin, Texas for its annual South By Southwest festival; subsequently launching their own festival in March 2010, hosted at the city’s French Alliance and boasting Anglophone indie acts like Yacht, Nite Jewel and The Death Set. The inaugural event notably rivaled the MtyMx festival — organized at the same time by New York promoter Todd P. — who parachuted into Monterrey to curate his own, more costly post-SXSW fest. Yet unlike the more grassroots venture of NRMAL, MtyMx did not live to see another year. 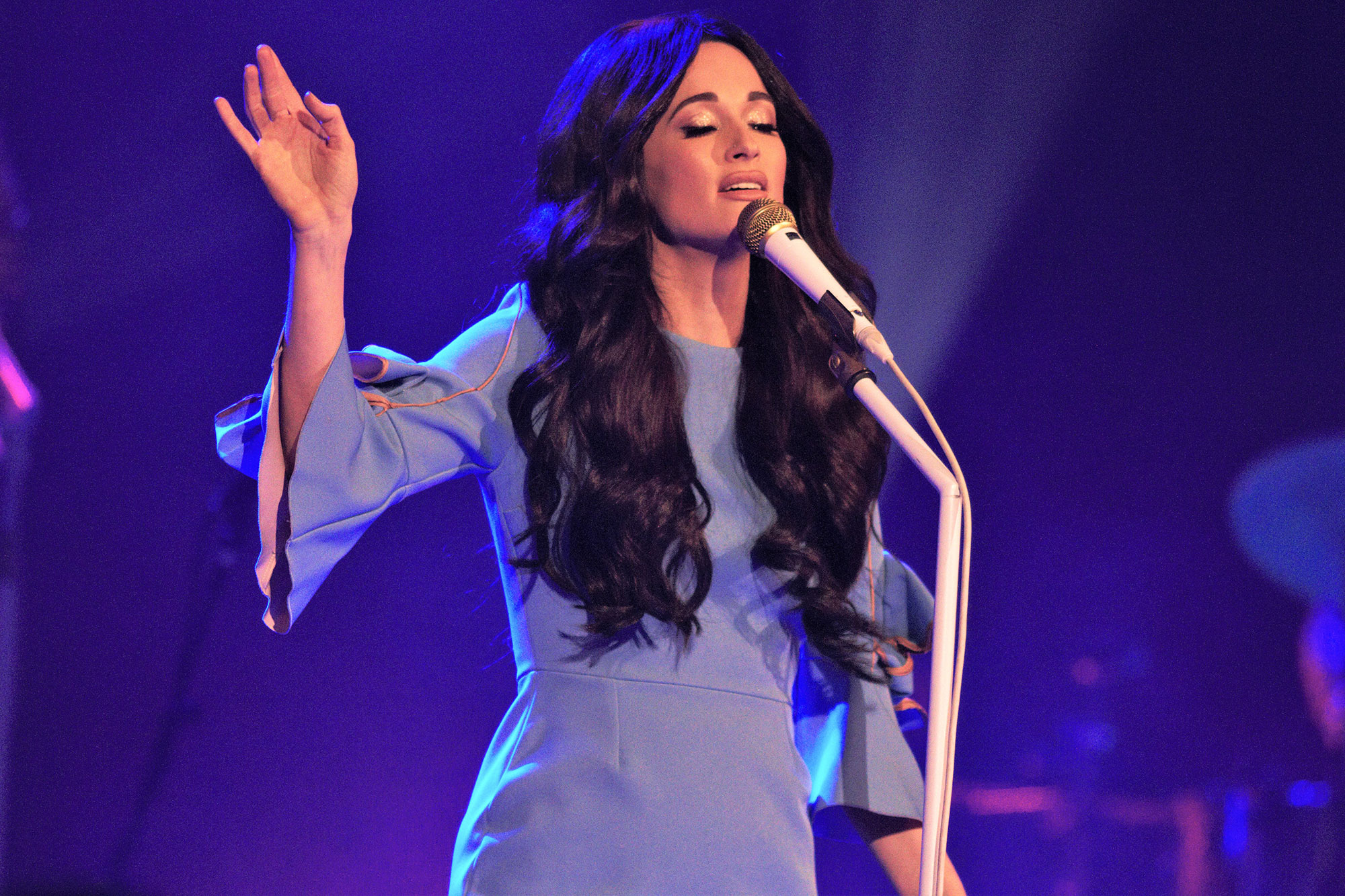 “NRMAL is what it is because it was born in Monterrey,” says festival director Mónica Saldaña, reminiscing on the organization’s infancy and trajectory from their Mexico City offices. Saldaña joined the NRMAL team as a journalism student, contributing content to the organization’s blog ahead of the festival’s first edition. As buzz around their events grew, so did administrative roles. “We just decided if no one else was going to bring these bands,” adds Saldaña, “we might as well do it ourselves.”

Aside from their left-of-center tastes, NRMAL’s eagerness to book local underground talent immediately set them apart from Mexico’s crowded festival calendar. Early editions of the fest featured Monterrey talents such as She’s A Tease, Chico Sonido and the illustrious 3 Ball MTY — who not only encapsulated the city’s electrifying musical essence of the day, but would go on to make international pop acclaim. Suddenly, a new spotlight had been firmly placed over obscure punk, dance music and hip-hop scenes blossoming within the Happy-Fi arts collective and D.I.Y. venues like El Garage.

NRMAL’s curation is particularly groundbreaking because it equates the creative value of Latin American musicians with that of their Anglo-European contemporaries, who are often perceived as artistically superior and more profitable. These prejudices come up across the continent in varying degrees; in some instances traceable to economic constraints causing certain scenes to develop more slowly, while in others a direct product of colonial social structures.

In Mexico, the sentiment goes back to 1971 when the Avándaro Rock Festival — the country’s first such event — was met with sensationalized reactions from media, church and government officials who deemed rock n’ roll and its derivatives a danger to society. Prohibition and censorship followed, driving an entire generation of musicians underground and leading anodyne pop music and imports from the US and Europe to dominate airwaves for nearly two decades. It wasn’t until the rock en español boom of the late 1980s, and the equalizing advent of the Internet later on, that subversive new movements put Mexico back on the map as a musical juggernaut.

NRMAL had the most balanced gender distribution of any major lineup in Latin America, with a 52.5% male / 47.5% female ratio. Last year, NRMAL reached their first 50/50 gender ratio.

Though NRMAL is hardly the first Mexican festival to feature internationally loaded lineups, tipping the scales back in favor of homegrown music has proven a long and arduous task. “Some of our decisions are heavily questioned,” reflects Saldaña, “like scheduling [punk rockers] San Pedro El Cortez to play right before Deerhunter, or having Lao [of Mexico City dance music collective NAAFI] as one of the biggest names on the [2016] bill. We just say, ‘Fuck it!’ We believe these bands are worthy and we want to give them that moment to shine.”

NRMAL has also broken ground as a platform for women’s visibility in indie music. In 2017, the research team at Ruidosa, a Chilean festival and online publication studying and promoting the work of women in the music industry, found NRMAL had the most balanced gender distribution of any major lineup in Latin America, with a 52.5% male / 47.5% female ratio. Last year, NRMAL reached their first 50/50 gender ratio and, while their 2019 lineup boasts a whopping 68% of acts led by women or integrated in gender-diverse projects, organizers also understand the importance of cultivating multiplicity behind the scenes.

Calling from their home in the Dominican Republic, Cristabel Acevedo and Rachel Rojas of dembow-fusion trio Mula confirm NRMAL’s preoccupation with equality, down to the smallest details. “You could tell they were trying to keep things as inclusive as possible,” remembers Acevedo. “And while we were looking for visuals to use in the show, they sent us samples from 10 different graphic designers; five of [whom] were men and five who were women.”

Mula’s performance at the festival’s 2018 edition was a resounding success, with a packed early show that left fans sweaty and euphoric from a set of electrified merengue and reggaeton-flavored pop. The band also received a wave of support from international bookers, who helped expand the band’s reach further throughout Latin America. “I think playing NRMAL positioned us as a band that has played at NRMAL,” says Rojas, honing in on the critical prestige NRMAL can carry. “We suddenly went from being ‘Mula, the band I saw at a bar’ to ‘Mula, the band I saw at NRMAL.’ It becomes a badge of honor of sorts.”

The weight of a NRMAL booking is seldom lost on Latin American artists, who view it as a unique benchmark within their field. “It’s cool to think you might someday join the roster of artists who’ve played NRMAL,” says José Cortés, guitarist for experimental quartet Vyctoria, one of three Mexican bands performing at this year’s festival. Formed in 2013, Vyctoria have toured internationally, opened a DIY venue named 316Centro and are currently preparing the release of their third album on Audition Records. And still, a mid-January call from Alfonso Muriedas inviting them to play NRMAL 2019 felt like a career high all on its own. “We’ve oscillated between psych, post-rock and noise scenes for years,” adds Cortés, “but this booking carries a certain validation for fans who at times literally saw us performing for one person.”

NRMAL’s decade long journey has been neither smooth nor straightforward. For their fifth anniversary in 2014, dual fests were held in Monterrey and Mexico City, so that organizers could test the waters in the nation’s capital. By the following year, the organization made a complete relocation to circumvent the increasing bureaucratic difficulties of securing spaces in Monterrey and the narco-related violence that almost caused their first edition to be canceled, back in 2010. Of course, the move came with new challenges, including navigating the monopolies held by corporations like OCESA, who control major ticketing sites, several venues and security companies.

“I loved the vibe of the Monterrey festivals because folks from all over the country would come together for this weekend of madness,” remembers Tony Gallardo, the rowdy experimental producer who helped pioneer Tijuana’s tropical and jagged Ruidosón scene with his balaclava-clad persona María y José. Gallardo worked at the NRMAL offices between 2012 and 2016, joining the team as a graphic designer attracted to the festival’s surreal visual output. He also holds the distinction for most appearances at NRMAL, a total of three times; shifting between alter-egos as the malevolent María y José and his ghostly synthpop project Tony Gallardo II. “At the end of the day, NRMAL is still a business,” he reasons, “but I feel like over the years it’s been able to stay weird and true as it has grown.”

Showcasing acts that highlight the breadth of Latin American sounds, from Chilean electropop artist Rubio to Ecuadorian darkwave trio Sexores, NRMAL’s main event takes place on Saturday — the culmination of a staggering body of work, with a rapturous after party slated for later that night. On Sunday, if not too hungover, revelers are also invited to Casa del Lago in the city’s Chapultepec Park, where a free all-day showcase will feature more emerging gems like Belafonte Sensacional and Siete Catorce.

“That’s why I still maintain we are an independent festival,” says Saldaña as our interview comes to an end. “To me, independence is not about who gives you money, but about who tells you what to do.”