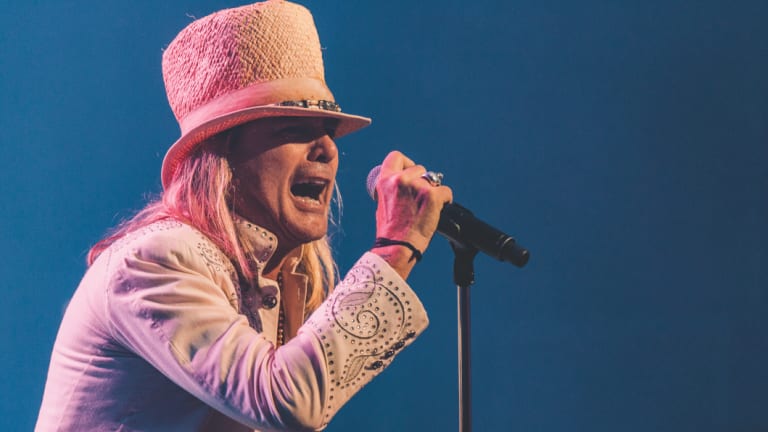 It's actually three albums they've released in two-and-a-half years, if you include last year's Christmas Christmas with mostly, you guessed it, covers of Christmas-themed songs. There was nothing from that album in this show, but there were other covers spread throughout a set otherwise filled with their smash hits and a few fillers.

The Beatles' Magical Mystery Tour and the Move's California Man point to just how long Cheap Trick have been around; they play these songs not just because they like them, but they genuinely influenced the way they go about making their own music.

Cheap Trick have never really gone away since they first came together in Illinois in 1973. They've had chart success across the decades, played thousands of shows around the world and these days count Nielsen's son Daxx (on drums) among their touring members. The older Nielsen, Zander and original bass player Tom Petersson are still strutting their stuff like nothing's changed since those heady nights at the Budokan in '79. 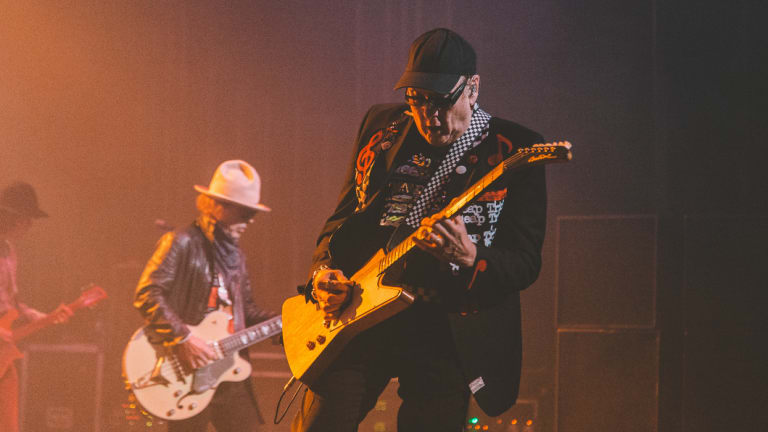 It was that live album from Japan that really put the band on the rock'n'roll map and songs from that album – including Surrender, Big Eyes, Fats Domino's Ain't That a Shame and I Want You To Want Me – all got a good workout at the Palais.

Zander looks like he's been working out – at 65 he's fighting fit physically and his voice is strong, too. But Nielsen wore an ill-fitting black suit jacket and sneakers that looked so old they could fall apart at any moment. It's a surprise to see a guy who's no doubt made decent money from songs like If You Want My Love and Dream Police dagging around in something akin to rags and bits of flimsy rubber strapped to his feet.

Nonetheless, the 69-year-old still wields his guitar like it's part of his own body, constantly peering out over the crowd to make sure everyone's having fun. Just in case they're not, he constantly throws plectrums off stage to keep fans on their toes.

At one point late in the show, somewhere between their epic cover of the Velvet Underground's I'm Waiting For the Man and the aforementioned Dream Police, Nielsen tired of throwing one plectrum at a time, returning instead from side of stage several times to throw handfuls of the things into the crowd. It was all good fun, if somewhat wasteful.

The fans, however, loved every minute of it.