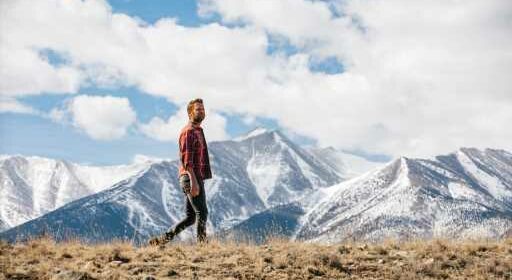 As country artist Dierks Bentley sings in his newest song, “Gold”: “It ain’t easy; nobody said it would be.”

And it certainly hasn’t been for the artist’s Seven Peaks Festival, a multi-stage, Labor Day weekend country music fest he started in 2018.

Originally held on a ranch at the edge of Buena Vista, Seven Peaks was canceled in 2020 because of the pandemic and again in 2021, when Chaffee County shared that the festival exceeded its capacity limit of 5,000 people two months before the festival was to be held. More than 7,000 tickets had been sold and had to be refunded.

This year, from Sept. 2 to 4, the festival will make a permanent move to Villa Grove, an unincorporated community in Saguache County, about three hours southeast of Denver.

“It’s kind of like starting all over again,” Bentley said in a recent interview with The Denver Post. “It’s a chance to dive back in.”

In March, county commissioners approved a special permit for as many as 20,000 concert-goers to attend the festival. Villa Grove’s population, in contrast, is just 400, though locals estimate that only about 40 people actually live inside the town limits. The festival is selling camping passes in the otherwise largely remote location.

The mountain town’s remote location doesn’t appear to phase Bentley, who called the village “quaint” and likened the feeling of driving off the highway and up the gravel road to the festival to his new song and upcoming 2023 album, which carry themes of gratitude, being present, and changing perspectives to find beauty in the ordinary.

“It might be gravel, but it feels like gold,” he sings in the song. He added, “You’re definitely taking the gravel road to get into this festival. It’s gonna feel like gold for all of us.”

The festival will be held on property owned by one of Bentley’s friends, located just off Highway 285. The lineup includes Bentley as well as Morgan Wallen, Ashley McBryde, and Tracy Lawrence all on the main stage, along with more than a dozen other artists. Bentley called it “a huge party” and an ideal place to hang out, surrounded by mountains.

“It’s really about the hang, about the community, about creating something,” he said.

Down the road in the center of Villa Grove, there are just a handful of businesses, including a pottery shop, upholstery shop, post office, dispensary and a general store.

And “that’s it,” said Jamie Williams, owner of Villa Grove Trade. Her store triples as a restaurant and three-room motel.

The store posted on Facebook that it’s been preparing for Seven Peaks “for months,” stocking additional souvenir items for purchase and inviting vendors to join them. The Colorado State Patrol widened the highway near the festival and lowered the speed limit in town down to 35 mph, Williams told The Denver Post, and she’s having a friend bring in a food truck to help alleviate the greater number of customers expected to dine at her restaurant.

“We’re also bringing in a bunch of local artists and some consignment stuff, and we’re gonna have like a block party thing outside,” Williams said. “We’re super excited for this.”

She said she last heard that 12,000 tickets had already been sold.

Bentley, who last played in Colorado for the Avalanche hockey team at his bar, Whiskey Row in downtown Denver, is ready to put on a show worth the drive.

“A lot of people are coming from a long ways to get here, and putting their trust in me personally that this is going to be an awesome experience,” he said. “We put a lot of time and effort into making sure that it is, even though it’s a brand new spot.”

Subscribe to our weekly newsletter, In The Know, to get entertainment news sent straight to your inbox.