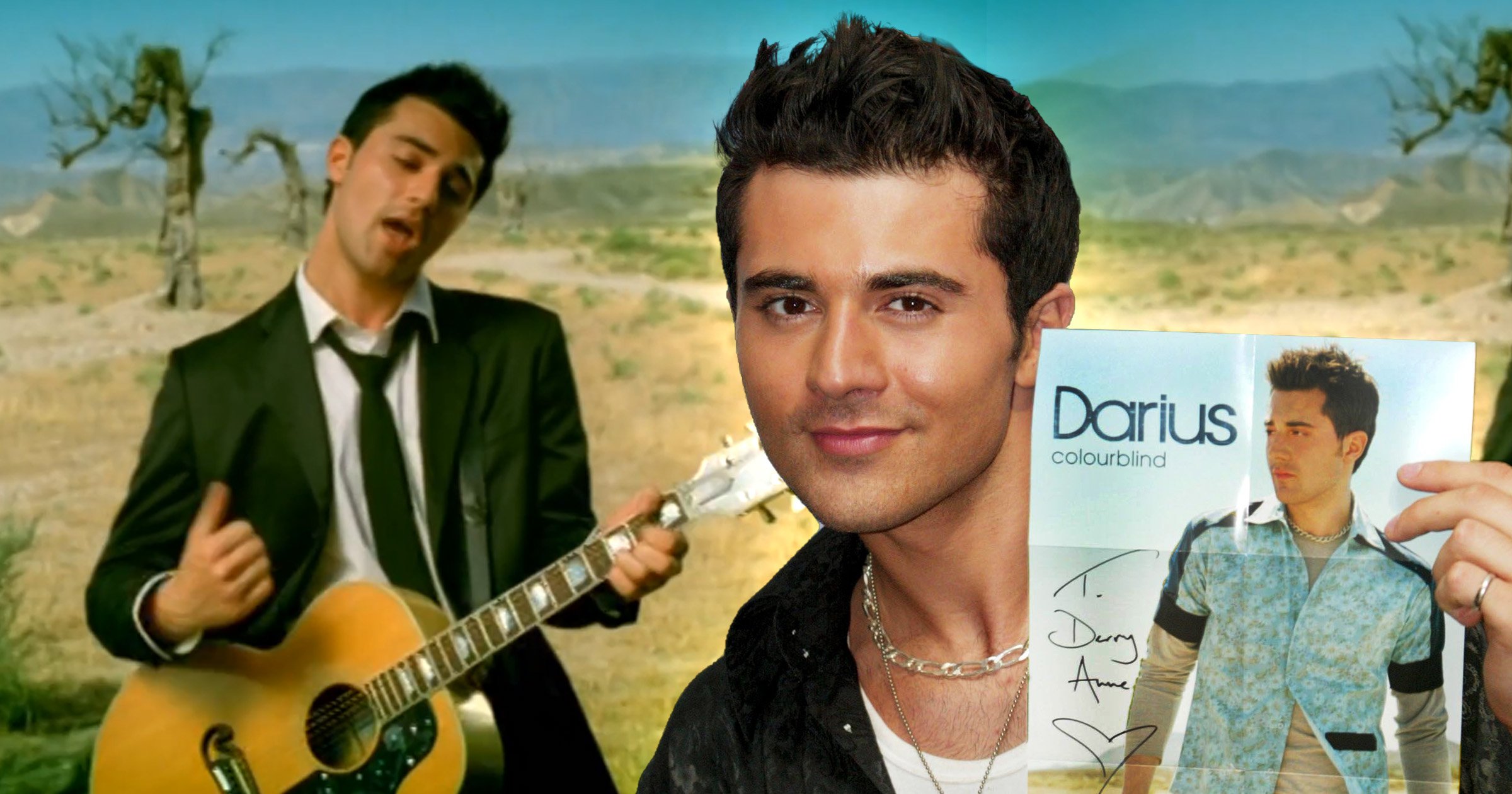 Darius Campbell Danesh was flying high in the charts exactly 20 years ago his week, as he enjoyed his hit single Colourblind reaching number one.

In a heartbreaking turn of events, Campbell Danesh’s death was announced by his family on Monday, aged just 41, two decades after he soared to the highest heights of the UK Singles Chart.

A statement from his family read: ‘It is with great sadness that we announce the passing of Darius Campbell Danesh.

‘Darius was found unresponsive in bed in his apartment room in Rochester, Minnesota, on August 11 and was pronounced dead in the afternoon by the local medical examiners’ office.

‘The local police department have confirmed that there were no signs of intent or suspicious circumstances. The cause of his sudden death is unknown at this stage while medical examinations continue.

‘We ask that you kindly respect our wishes for privacy at this time whilst we come to terms with the tragic loss of our son and brother.’

However, as news of his unexpected death came in, sparking tributes from across the industry, many fans paid homage in particular to his first song Colourblind as an ‘anthem’ and ‘an absolute banger’.

The noughties favourite reached number one with the track on August 10, 2002, where it spent two consecutive weeks at the top.

‘On this day 20 years ago, Darius was number 1 with Colourblind…’ tweeted one fan.

‘Colourblind popped up on tiktok last night, it’s been 20 years since it was number 1,’ wrote another, adding: ‘This is so so sad.’

Since Monday, the song has gone straight to the top of the iTunes chart, with fans calling for it to reach the top on the Official Charts again in memory of the beloved star.