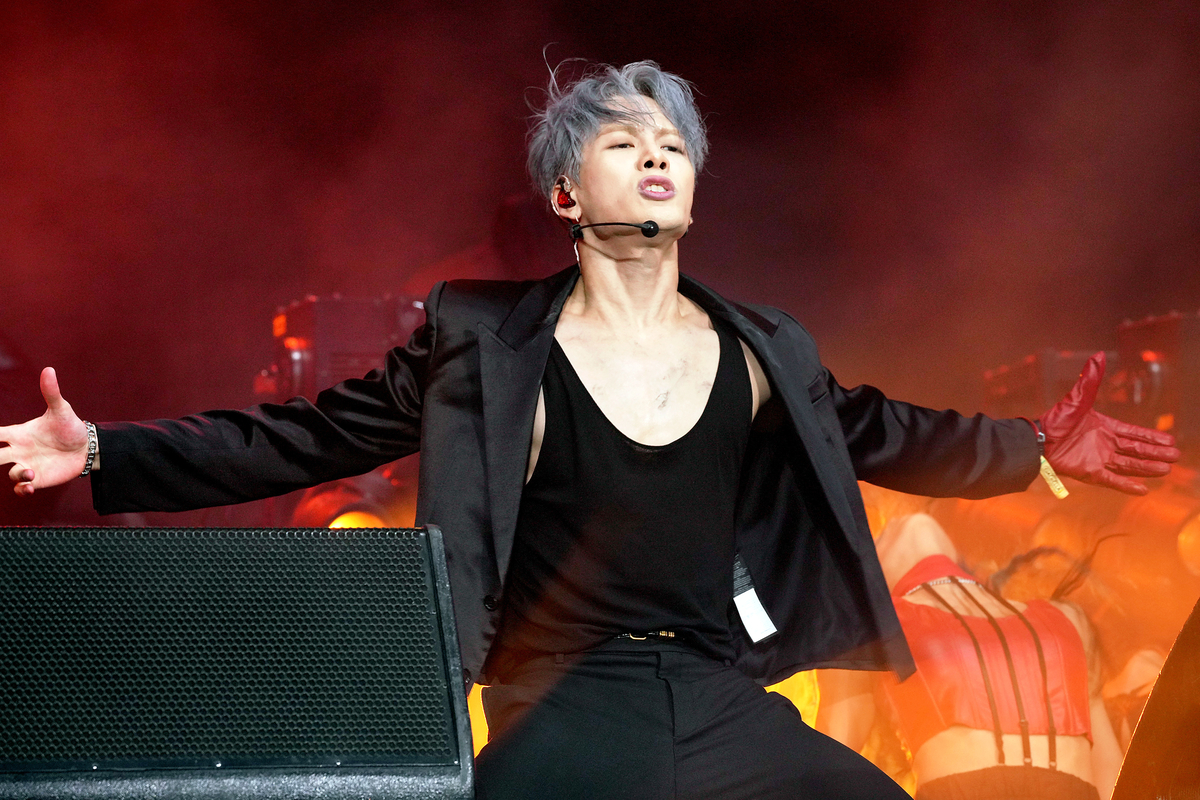 International solo singer, rapper, producer, and fashion mogul Jackson Wang was ready for his moment on Saturday. The 28-year-old K-pop star took Coachella’s main stage with labelmates from 88rising. The record label and collective put on a show titled Head In the Clouds Forever, a nod to their own yearly festival.

Wang was one of the last 88rising performers on the setlist. He looked confident as he appeared with silver-blue hair, a cutting jawline, and Michael Jackson-inspired red gloves. Wang started his 10-minute set with 2020’s “100 Ways.”

He then played the new song, “Blow” and debuted another track from his upcoming album, “Cruel.” Wang performed full choreography during all three songs, sometimes letting a backing track provide the vocals.

By the end of his set, Wang was shirtless, showing off a toned physique. Green lightsticks were visible throughout the crowd. Wang is a member of the K-pop group GOT7, so the fandom showed up at Coachella to support him with their official GOT7 lightsticks.

‘My name is Jackson Wang, and I’m from China!’

The audience was not the only ones fired up by Wang’s Coachella performance. Upon finishing his set, he shouted into the microphone, “This is a moment in history. This is magic man. This is Jackson Wang from China!” Magic Man is a reference to Wang’s upcoming English language album.

Later that evening, he shared a heartfelt message on his Instagram story for his 27.5 million followers, “Thank u to all my supporters. My crowd. We are in it together. The journey, it’s never me. It’s me and all of us. One day. I said it. I will make you all proud officially. Before that. It’s the process. Cherish the process.”

Wang continued with, “Lots of negative vibes we don’t give a s**** about. Wait for the final hit. We doing this together. As my crew, my bond. We will get there. Trust me. We can. We have already come this far. We still have a long way to go but it’s a good start. Let’s go.”

“#JacksonWangCoachella” was the number one global trending topic on Twitter Saturday evening.

Jackson Wang wasn’t the only one to make history during 88rising’s Coachella stage. K-pop group 2NE1 reunited for the first time since 2015. The four members enthusiastically sang their groundbreaking hit “I Am The Best” for a joyful crowd that seemed to understand the significance of the moment.

Head in the Clouds Forever was a sample of what fans can expect from the Head in the Clouds festival held in Pasadena, CA in Aug. 2022. The event has grown as Asian music continues to expand its footprint in America. No word on the official lineup for this year, but fans are hoping Wang makes an appearance. 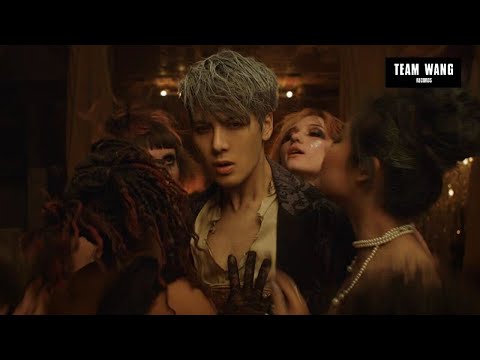