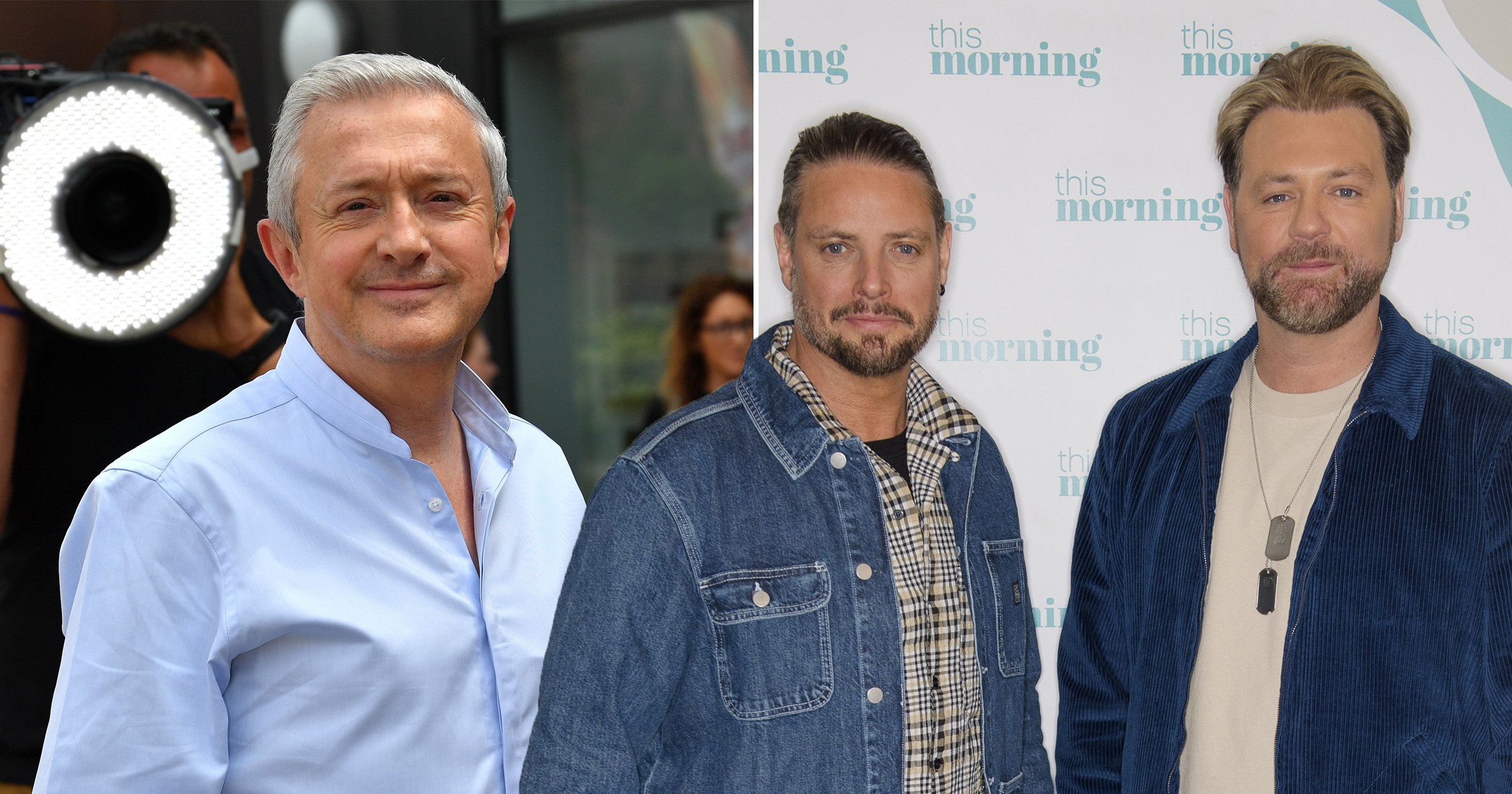 The former Boyzone and Westlife singers teamed up in 2016 to form their own pop duo, with their first album, Strings Attached, a perfect mix of the biggest hits from their respective boy bands.

Keith, 47, and Brian, 42, are now back with their second album, Old School, and this time they’ve written new original material.

Former X Factor judge Louis, who managed both Westlife and Boyzone, has had some unsavoury things to say about Boyzlife in the past, including that he doesn’t want to see them ‘murdering all those great classics’.

However, Brian and Keith have revealed it’s all banter with their longtime manager.

‘You take everything Louis says with a pinch of salt, I think he was dropped on his head as a baby a few times so I wouldn’t take what Louis says too seriously because he doesn’t either,’ Brian laughed to Metro.co.uk.

‘We’re friends with Louis so whatever he said, he would have been saying it as a joke but when it’s written down on paper, people take it very serious and think that there’s a problem so there’s no problem with Louis Walsh.’

Keith added: ‘Yeah, you can’t fall out with Louis because he tries to be funny and he’s the most insulting man in the whole entire world and when you say it to him, he just doesn’t get it. He goes, “what do you mean, I was only joking!”’

Brian said it all comes down to attention, chiming in: ‘He says things that are derogatory so that people will pick them up and so that he has his say and his moment. But the reality is, we have stood the test of time now, we’ve been going over five years, it’s our second album – our first self-penned album and the work speaks for itself.

‘We don’t even have to defend ourselves now, we just enjoy what we do and we love every minute of it and our fans keep coming and we keep selling out.’

Old School is the first album Keith and Brian have released together featuring brand new songs, and harkens back to the era of pop power ballads and 80s bangers.

‘These songs give you goosebumps, they go to places you want them to go to and they’re not complicated. The lyrics aren’t trying to change the world and they’re just simple pop songs that make you feel good,’ Brian said.

He noted that he and Keith wouldn’t have been able to make this music years ago because record labels would have told them to ‘make modern music that’s hip’.

When asked if there are any modern artists now who they respect for keeping the essence of classic pop alive, Brian replied with a laugh: ‘No.’

He then explained: ‘I’m a huge fan of Ed Sheeran, he’s an incredible songwriter but even Ed’s music is sort of modern. One minute he’ll be doing an acoustic ballad and the next he’ll be on a six-piece collaboration with Eminem and Drake etc.’

‘We’re not trying to be modern, we’re trying to go completely back to that easy listening 80s power ballads. There’s people who are doing a song here and there that might have the influence but for us, this is going to be our sound going forward and we’re going to do it unashamedly and be proud to do it.’

‘We’ve personally achieved it because we’re very happy with what we’ve done,’ he added.