Arlo Parks Gets Soulful With 'Softly' Performance on 'Colbert' 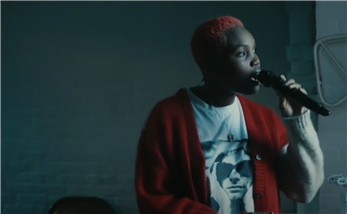 Arlo Parks appeared on The Late Show to perform her recent single, “Softly.” The intimate performance, filmed behind the scenes and on the stage of a concert venue, marks Parks’ first time on the late-night show.

Parks released “Softly,” along with an emotional music video directed by Zhang and Knight, in February. The song reflects on the disintegration of a relationship.

“‘Softly’ is a song about yearning, about how fragile you feel in the dying days of a relationship when you’re still desperately in love,” the Grammy-nominated singer explained in a statement. “The song is about how it feels to brace yourself before the blow of a break up and reminisce about the days where it all felt luminous.”

“Softly” follows Parks’ 2021 debut album, Collapsed in Sunbeams, which arrived last year via Transgressive Records. The record is up for Best Alternative Music Album at this year’s Grammy Awards, where Parks is also nominated for Best New Artist.

Parks is currently on tour with Clairo across North America, with the trek ending at Coachella. Parks will join Harry Styles for his show in Dublin on June 22, and is set to headline Iceland Airwaves festival in November. She was also recently tapped by Florence and the Machine for their upcoming fall tour.