After spending some time in Florida, Andrea Bocelli headed over to Saudi Arabia with his family for a world-first concert this week. On Thursday evening, the Italian tenor became the first person ever to perform live inside the ancient city of Hegra, located in the desert region of AlUla in the northern part of the Middle Eastern country. Hegra is a UNESCO World Heritage site, having been erected in the first century BC by the Nabataean kingdom.

Hundreds of tombs marked with incredible carvings are located in the ancient desert city.

It was here, in this stunning location, that for the first time Andrea Bocelli performed with his talented children Matteo Bocelli and Virginia Bocelli in the same concert.

Just 300 lucky people attended the socially distanced show, which was live-streamed on the tenor’s official YouTube channel on the day.

While the backdrop to the performance was the 20 carved tombs of Al Khuraymat, some of the best-preserved in Hegra. 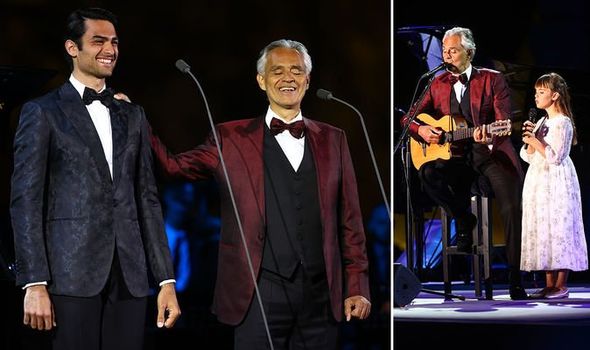 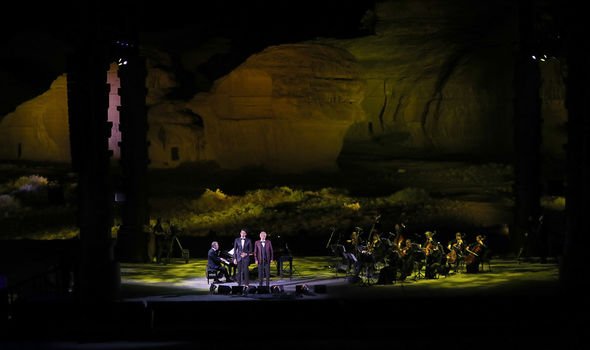 Speaking with The Independent, Bocelli said of the honour of singing there: “It is amazing.

“It is very emotional because the place is so very different. Its culture is very far from our culture.”

The 62-year-old took to the stage with his 9-year-old daughter Virginia for a rendition of Leonard Cohen’s Hallelujah, which they previously duetted for a live-streamed concert in December called Believe in Christmas.

While Bocelli sang Fall On Me with his 23-year-old son Matteo, a track that features in the Disney movie The Nutcracker and the Four Realms. 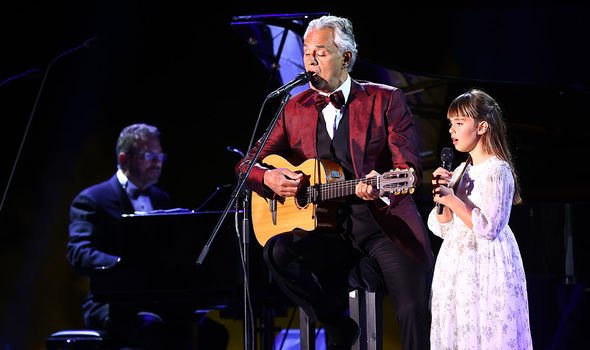 Other songs performed throughout the night included tunes from Carousel, The Greatest Showman and Bocelli’s latest album Believe.

While, of course, singing his signature Time To Say Goodbye as the encore.

Joining the tenor for the concert was the Arabian Philharmonic, plus special guests including soprano Francesca Maionchi and singer Loren Allred.

Additionally, the 62-year-old played a number of musical instruments on the night including O Sole Mio on the qanun.

Bocelli’s concert comes as Saudi Arabia loosens its long-held restrictions on entertainment, with Hegra being a focus of the kingdom’s tourism publicity.

The Italian tenor added: “The people here are so pleased to have tourists coming now.

“If you come across a shepherd, they will talk to you. They are so glad to be seeing people.

“I am confident other stars will now come here. It is important the culture becomes wider. It’s always very important to know better each other in the world.”

Last year, Bocelli gave another live-streamed concert with a stunning background in his Music For Hope performance.

The 62-year-old sang inside an empty Duomo di Milano (Milan’s Cathedral) during lockdown on Easter Sunday 2020.

Speaking with Express.co.uk afterwards, he said how it was “a moment of great emotion and regeneration.

“Music is an expression of the sacred, a readily available bridge across which faith can be revealed to us beyond the veil of our noisy, everyday lives.”