Amy Winehouse’s dad Mitch has revealed that he’s currently working on creating a show that will see the singer return to the stage eight years after her death, in the form of a hologram.

The show, which will be created by the same company behind Roy Orbison and Maria Callas’s hologram tours, is currently expected to debut in 2019, with producers hoping to tour it around the world for three years.

“Fans have been clamouring for something new from Amy, but really there isn’t anything,” Mitch Winehouse told Reuters.

“We felt this would be a tremendous way for Amy both to revisit her fans through a hologram, and also an incredible way to raise money for our foundation.” 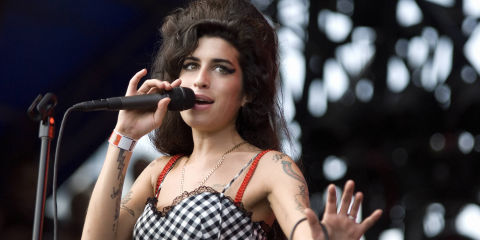 The show would see a hologram of Amy projected on stage while a live band will accompany the voice from her original recordings. According to Mitch, all the proceeds from the concerts will be donated to The Amy Winehouse Foundation, which helps young people suffering with substance abuse.

BASE Hologram will be creating the spectacle, with chief executive Brian Becker adding that it will likely last between 75 and 110 minutes, and that the company “will do the best we can in terms of honouring [Amy’s] legacy”.

Amy Winehouse would be the latest in a number of big names who’ve passed away and since returned as a hologram, as previous hologram tours have also been announced for Tejano singer Selena, Michael Jackson and Judy Garland to name a few.

Still, while the show may be raising money for charity, early reactions from Amy Winehouse fans seem to suggest that people aren’t entirely keen on the idea:

Mitch Winehouse recently appeared on Loose Women on what would have been Amy’s 35th birthday to remember his daughter, and to discuss the foundation set up in her name, but viewers later called the interview “uncomfortable” after the hosts asked Mitch about his daughter’s struggle with addiction.

Mitch has always been fiercely protective of his daughter since her tragic death in 2011, most notably distancing himself from the Oscar-winning documentary about her life by Asif Kapadia.