YouTube's TikTok rival Shorts is launching in the US. A lead exec breaks down its key features and future plans.

YouTube’s TikTok competitor Shorts has finally arrived in the US.

After testing the short-form video feature in India, YouTube is gradually releasing it to users in the US starting Thursday.

The US roll-out includes new creation tools that will let users film and share vertical videos that are under 15 seconds long. These elements will be implemented in the YouTube app will be available to everyone in the US over the next few weeks.

These new features allow users to film, edit, and share short-form videos directly within YouTube’s mobile app. The features include a countdown timer, speed controls, filters, and the ability to add and edit text as it appears within the video.

Users can find Shorts on the homepage within a carousel (“shelf”) of short videos, under long-form videos, and in the subscriptions tab if they subscribe to a particular creator. YouTube is also testing adding a dedicated Shorts tab on mobile.

Browsing through Shorts works similarly to browsing on TikTok: the videos loop and users scroll upward to get to the next one. Once a Short is shared, viewers can like, dislike, and comment on it. Creators can also include hashtags within the description of a Short and tapping on #Shorts brings a viewer on the Shorts landing page.

Since announcingthe feature in September, YouTube has been experimenting with Shorts, and creators told Insider that the platform has been quietly promoting short videos, spiking engagement and reach for some channels ahead of the full Shorts release.

“We told creators globally even though you might not have the creation tools, if you want to add a ‘#Shorts’ in a video, that will make our system look for your videos a little bit more,” Todd Sherman, product lead for YouTube Shorts, told Insider.

“I think it’s important for us to build this with creators and with viewers and even more music industry partners,” Sherman said. “We’re just getting started.”

The launch comes at a time when YouTube is looking to compete against TikTok, Instagram, and Snapchat in the short-form video category.

Sherman said that YouTube plans to continue to improve the feature so that it can be a place where creators can make money, reach new audiences, and build sustainable businesses. 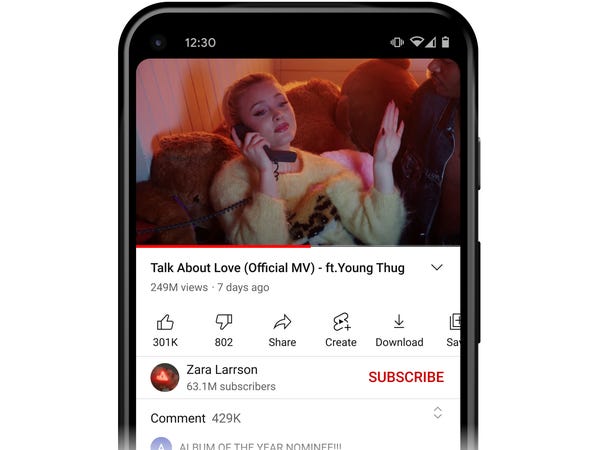 Features that set Shorts apart from TikTok, Reels, and Spotlight

In the coming months, YouTube plans to introduce the ability to use audio from videos across the platform in Shorts. YouTube expects users will use this feature to react to videos or re-enact comedy skits. Creators can also opt out of this feature if they don’t want their long-form videos “remixed.”

While viewing a Short, users will be able to look at the source audio for a video, called the “audio pivot page.” From that page, users can easily track down a song or listen to the full version of a sound.

Creators will also be able to pull clips of audio from YouTube music videos directly by clicking a new “create” button, which will prompt the creation of a Short. 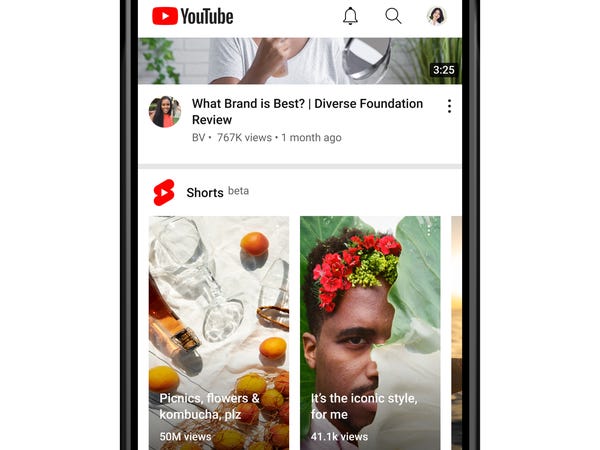 Will YouTube creators be able to earn money from Shorts?

The biggest question YouTube creators have about the Shorts feature is whether it will earn them significant amounts of money.

Creators generally earn money on YouTube from the ads placed in their videos through YouTube’s Partner Program.

“What we are doing right now is taking a fresh look at what it means to monetize this,” Sherman said. “Every time a new type of video comes along it usually requires a new business model. We think that Shorts is going to be different from long-form YouTube. Pre-roll and mid-roll ads attached to 10- or 20-minute videos doesn’t immediately apply to short-form videos. I think there’s a new business model that is going to be developed around this.”

For instance, Snapchat’s Spotlight and TikTok have each set up programs dedicated to paying creators directly on an ongoing basis instead of relying on ad-revenue sharing.

“We are deeply committed to supporting the next generation of mobile creators with Shorts, and are actively working on what monetization options will look like in the future,” Sherman added.