Every time Martin Scorsese releases a movies, fans of great cinema take note. And it’s not just because his older films — from Taxi Driver through the stunning Raging Bull and the mob masterpiece Goodfellas — rank among the best in modern American cinema.

In recent years, Scorsese reminded us that he’s still working at a very high level. Just take 2016’s Silence, which became a box-office dud yet stands as a brilliant late work. Later this year, we’ll see him team once more with Robert De Niro and Joe Pesci in a new mob drama, The Irishman.

While any De Niro-Scorsese picture is a must-see, this one has the makings of something special. Not only did the film get Pesci back on the screen after decades of self-imposed exile; it also features De Niro and Al Pacino together. That’s a treat for a number of reasons.

Pacino’s 1st Scorsese film — and the 1st with De Niro, Pacino, and Pesci 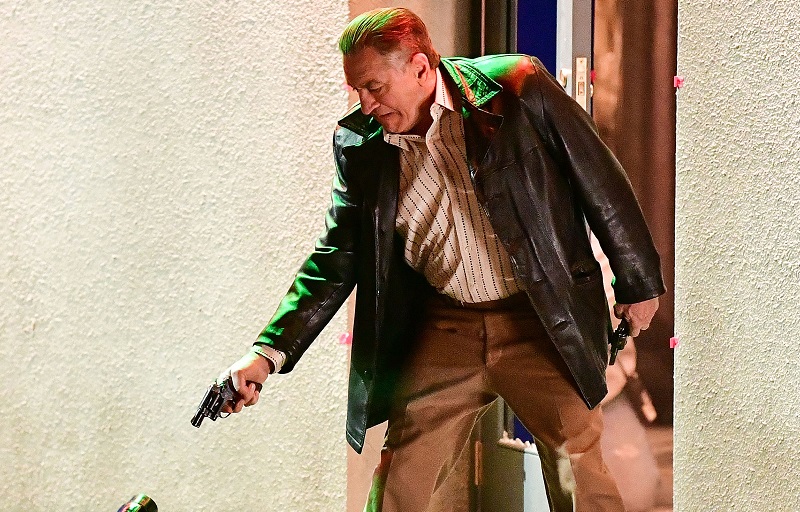 Despite having appeared in over 40 films in his career, Pacino has never worked on a project with Scorsese, who himself has 64 directing credits to his name. That seems hard to believe, but not when you look at the collaborations between De Niro and Scorsese.

Since De Niro was Scorsese’s leading man on so many major films, you can see why Pacino would not have a role available to him. For his part, Pacino starred in films by two other renowned Italian-American directors, Francis Ford-Coppola and Brian De Palma.

Meanwhile, The Irishman will also be the first time Pacino and fellow New Yorker Pesci work together on a movie. When Pesci previously worked on Scorsese pictures, all three had De Niro playing the lead role.

But it’s also time to dust off the De Niro-Pacino film tracker. They haven’t appeared in many films together, and every time they do it’s an event. 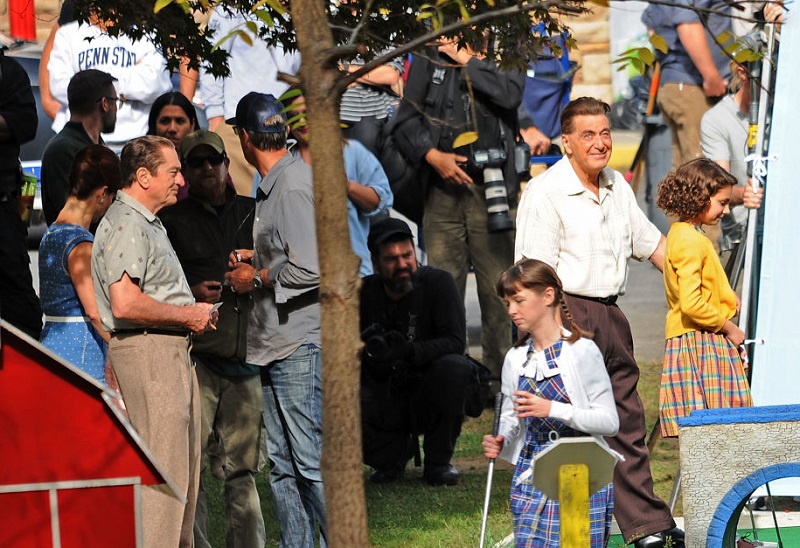 Considering you can count the number of Pacino-De Niro movies on one hand (it’s four), any time these have gotten together in a film in the past 50 years has been worth mentioning. Yet it’s important to note the extent of their collaboration in past films.

In The Godfather: Part II, both appeared in different timelines (Pacino as the modern head of the Corleone Family, De Niro as the young Don Corleone). So there was no chance of them acting alongside one another.

Later on, in Heat (1995), Michael Mann was craft enough to never put them in the same shot facing the camera. So Pacino and De Niro technically never appeared in a real scene together until the forgettable Righteous Kill (2008). Now that they’re in a Scorsese film together, it should set the record straight.

Given the advanced ages of all parties, it’s not crazy to think this will be the last time we see these cinema greats working on the same picture. In short, The Irishman is a special film headed to theaters in late September.

Also see: How Many Movies Have Robert De Niro and Al Pacino Made Together?