The Suicide Squad has been out since early August, but fans are far from done dissecting the movie to understand every part. Director James Gunn’s take on the Suicide Squad franchise has been well received, but viewers still have questions about the death of Rick Flag (played by Joel Kinnaman). It turns out Flag’s death was even hard on Gunn, but it happened for an important reason.

Gunn took a shot at directing for the Suicide Squad franchise 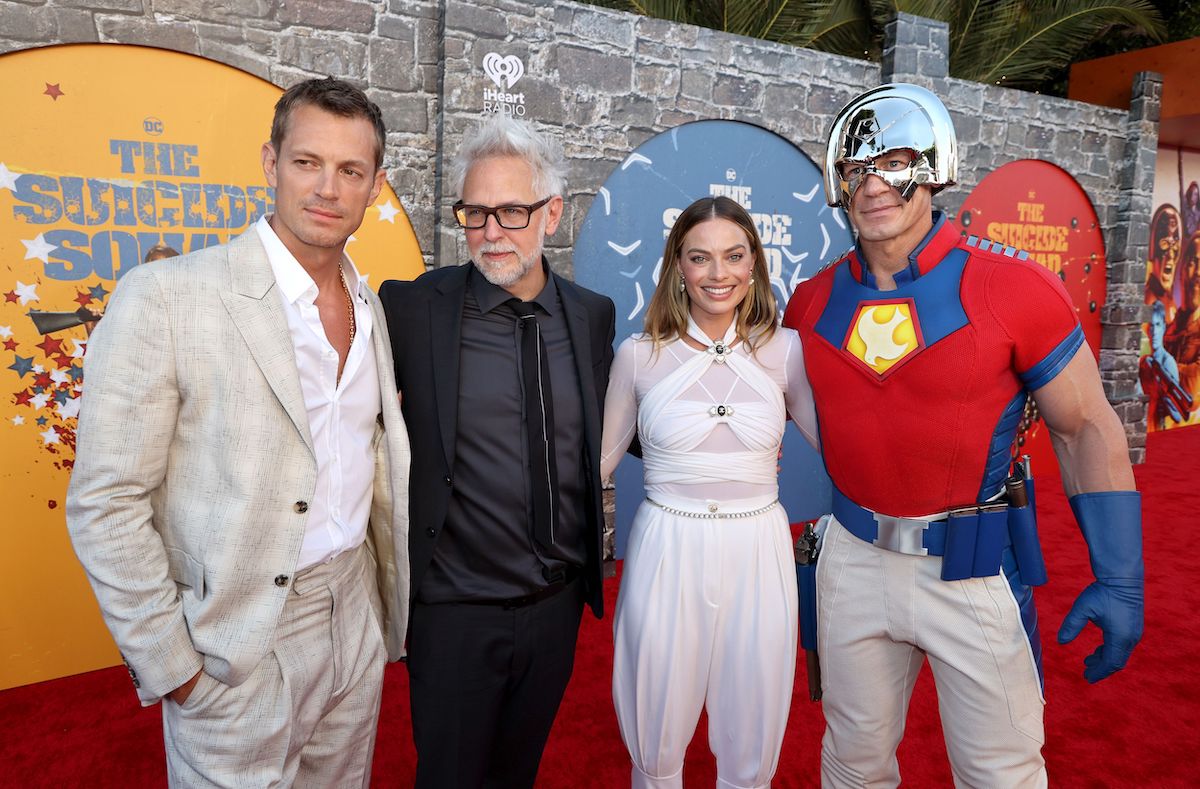 The 2016 movie Suicide Squad wasn’t a huge hit among critics or fans. But according to Digital Spy, James Gunn took a turn at directing a film in the franchise, and he was confident he could do it justice. That’s because Warner Bros. gave him creative control.

“They gave very few notes — they were usually good and minor, and I took them if I wanted to and didn’t if I didn’t want to,” the director said. “Warners was creatively amazing.”

The new film premiered the first week of August, and it’s not quite a reboot of the franchise or a sequel to the first movie. To make things even more confusing, though the 2016 version was called Suicide Squad, the new installment is called The Suicide Squad.

Gunn himself doesn’t seem entirely clear about how the two movies fit together.

“Um, it’s its own thing. It does not contradict the first movie, I don’t think,” he admitted. “It might in some small ways … I don’t know …”

Regardless of where the first movie fits into the new one, The Suicide Squad startled viewers by killing important characters. And one death seems especially hard to take.

According to Screen Rant, Rick Flag’s death is one of the “saddest” in the movie. Flag had just discovered the truth about Project Starfish. He had learned that the secret U.S.-backed experiment was responsible for horrific worldwide harm. He wanted to expose the project and see the people responsible held accountable.

Because of this, his teammate Peacemaker (played by John Cena) murdered Flag to keep the secrets hidden. Flag had been a part of Task Force X from the beginning, and some fans took the loss hard. It turns out they weren’t the only ones.

The director wasn’t happy about Flag’s demise either, and he took to Twitter to explain why it happened.

In late August, Gunn tweeted, “Rick’s death kills me. I tear up all the time when watching it.”

His statement set off a storm of discussion.

“Did Rick know what was going to go down in the first 15 minutes of this film?” one commenter asked, suggesting he was “still a bad guy.”

“No,” Gunn replied. “He was a sacrificial lamb to Waller just like the rest of them. I definitely don’t consider him a bad guy in the least.”

“We see what Flag’s problem is: he has integrity,” another Twitter user responded, “he had to go.”

As Den of Geek points out, Task Force X founder Amanda Waller (played by Viola Davis) is a ruthless, morally ambiguous character. Flag’s death is one of the ways The Suicide Squad shows how far she’ll go to achieve her goals.

Gunn wasn’t happy about Flag’s murder, but he wasn’t willing to save him if it interfered with the story the director was there to tell.