Who’s Who in ‘Mank’: A Guide to the Real-Life Players

There’s only one name in the title, but David Fincher’s “Mank” (on Netflix) features a full gallery of movers and shakers from Hollywood’s golden age. Set in the 1930s and ’40s, the behind-the-scenes drama follows Herman J. Mankiewicz (Gary Oldman) through the Sturm und Drang of writing “Citizen Kane.”

The assignment was a big break for Mankiewicz, and the writer-director Orson Welles (here played by Tom Burke) rocketed into the first rank of filmmakers with the artistry of his debut feature. As The Times raved about “Citizen Kane” upon its 1941 premiere: “It comes close to being the most sensational film ever made in Hollywood.”

“Mank” connects the dots between “Citizen Kane” and its inspirations in Hollywood and politics. Flashbacks retrace the brash writer’s steps through studio writing rooms and parties at the media mogul William Randolph Hearst’s estate.

Mankiewicz was a hard-drinking transplant from New York, a former journalist and member of the Algonquin Round Table, but he moved through studio circles, trading gibes and gambling debts with writers, producers and executives. Hearst and his paramour, the starlet Marion Davies, also enjoyed Mankiewicz’s sharp company, but the multimillionaire’s riches and influence set wheels turning in the writer’s brain, friendship be damned.

So the story goes in “Mank,” which also fleshes out some crucial political backdrop: a historic 1934 contest for California’s governor involving the socialist writer Upton Sinclair. Here are some of the film’s real-life players:

Hearst (Charles Dance) parlayed a family fortune in mining into a media empire that spanned the country. By the turn of the 20th century, his popular newspapers were known for rabble-rousing, influencing world events like the Spanish-American War. Hearst also ran for office, representing New York State in Congress but losing bids for New York mayor, governor and the Democratic presidential nomination. The rise and lonely fall of Welles’s Charles Foster Kane in “Citizen Kane” draws on tales of Hearst’s vast ambitions and wealth, including his Xanadu-like estate in San Simeon, Calif. — a pivotal location in “Mank.” When the RKO studio sought to release “Citizen Kane,” Hearst (who had shifted into more conservative views) mounted a brutal campaign to stymie its wide release, aided by his proxies. 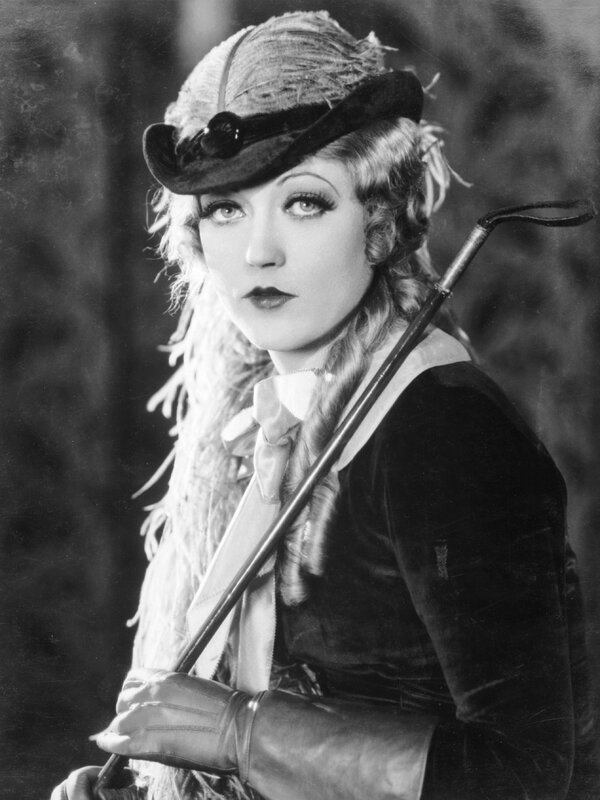 Davies (played by Amanda Seyfried) remains little known to many movie fans today and has long been considered the model for Charles Foster Kane’s tone-deaf second wife in “Citizen Kane.” In fact, Davies was a charming comedian (“Show People,” “The Patsy”) and vivacious social presence, but Hearst, who rabidly supported her both financially and through his news empire, stubbornly envisioned her in serious dramas. Davies opted for retirement in 1937 (at age 40) and soon enough found herself helping Hearst when his fortunes went into decline; the pair remained together until his death in 1951. Davies cheerfully bonded with Mankiewicz and was reportedly unperturbed by “Citizen Kane.”

In New York, Houseman (Sam Troughton) had put on Welles’s innovative productions as part of the Federal Theater Project and then the Mercury Theater, which the two founded. Houseman edited Mankiewicz’s commissions for the Mercury Theater’s radio programming, and in “Mank,” Houseman shepherds Mankiewicz’s writing of “Citizen Kane” in collaboration with Welles. Houseman consequently became a star witness in the decades-long tug-of-war over credit for the screenplay, which won Oscars for both Mankiewicz and Welles. After working with Welles, Houseman produced films by Nicholas Ray, Vincente Minnelli and Joseph L. Mankiewicz, Herman’s brother. Later in life Houseman achieved a new fame for performing, winning his own Oscar for supporting actor for his turn as a law-school professor in the 1973 drama “The Paper Chase,” a role he also played on the subsequent TV series adaptation. (And, yes, he was the one in the Smith Barney ads who praised making money the old-fashioned way.)

Mayer (Arliss Howard) ruled over MGM in an era of tough-as-nails studio heads. From humble beginnings in penny arcades, Mayer helped create a golden age in Hollywood with stars like Greta Garbo and Clark Gable and classics like “The Wizard of Oz” and “Singin’ in the Rain.” Mankiewicz entered the employ of MGM as a screenwriter, only to lose the gig after failing to quit gambling: Supposedly, he leaned forward to place a bet at one game, looked up, and locked eyes across the room with his soon-to-be-former boss. In “Mank,” the imposing MGM capo plays benevolent patriarch to his staff of thousands and throws his support behind both Hearst and Frank Merriam, the Republican candidate for governor in 1934 against Upton Sinclair. Hailing from a family of Ukrainian immigrants, Mayer would grandly claim the Fourth of July as his birthday, a detail included in “Mank.”

Hecht (Jeff Harms) wrote the screenplays for “Notorious” and “Scarface” as well as co-writing the play “The Front Page” (subject of several adaptations, including “His Girl Friday”). Hecht hailed from the quick-witted New York circles once frequented by Mankiewicz, who telegrammed his friend an oft-quoted invitation to Hollywood: “Millions are to be grabbed out here and your only competition is idiots.” In an ensemble scene in “Mank,” Hecht and Mankiewicz join a murderers’ row of contract screenwriters for a conference: the Broadway comic genius George S. Kaufman, the humorist S.J. Perelman, and two Hecht collaborators, his “Front Page” co-writer, Charles MacArthur, and the youthful Charles Lederer, a nephew of Marion Davies. The group pitches Paramount producer David O. Selznick and “Joe” von Sternberg — the director for whom Hecht wrote the pioneering gangster story “Underworld.”

Joseph Mankiewicz (Tom Pelphrey) directed “All About Eve,” “The Barefoot Contessa,” and “Cleopatra,” among countless other credits as a writer or producer (“The Philadelphia Story”). He also happened to be Herman’s younger brother, but although Herman helped him get his start in Hollywood, it was Joseph who rose to greater and more stable fame in Hollywood’s firmament. He would go on to win four Oscars, two each for directing and writing “A Letter to Three Wives” and “All About Eve.” Yet the brothers Mankiewicz shared the common experience of growing up with their exacting father, Franz, a Columbia professor.

Thalberg (Ferdinand Kingsley) co-founded MGM with Louis Mayer at the astonishingly young age of 24 (after running Universal Pictures at age 20). Aptly called the “boy wonder” of Hollywood, he died prematurely in 1936, having overseen hundreds of movies with a respected track record for success. In “Mank” he’s shown wielding power alongside Mayer and coldly trying to bring Mankiewicz into line with the studio’s support of Merriam for governor, an effort the writer resists. Thalberg did indeed produce faked newsreels purporting to portray ordinary people who were opposed to Merriam’s socialist opponent, Upton Sinclair. As Oscar fans know, the executive is commemorated by the Irving G. Thalberg Memorial Award for excellence in production.

Sinclair (Bill Nye) is well-known as the author of the meatpacking exposé “The Jungle.” (His book “Oil!” was freely adapted as “There Will Be Blood.”) But Sinclair also ran for governor, campaigning on his EPIC platform (End Poverty in California) with proposals including a network of cooperatives. After warm-up runs in 1926 and 1930, the best-selling writer garnered more than 800,000 votes on his next attempt, in 1934, advocating socialist policies in a state reeling from the Great Depression. He lost to Merriam, who was aided by negative campaigning partly coordinated by Mayer. “Mank” spotlights Sinclair giving a stump speech that catches the attention of even Mankiewicz, who for once is struck silent.