Who are the Eternals? Marvel Phase 4's superbeings explained

Avengers 4 marks the end of the first chapter in the MCU, with a whole new world of characters to explore in its Phase 4 and beyond. Details of what that will mean are still thin on the ground, but we know that the Eternals are on their way to our screens.

But who are these little-known superbeings? Here’s a summary of their complicated origins and how they fit into the Marvel Cinematic Universe. 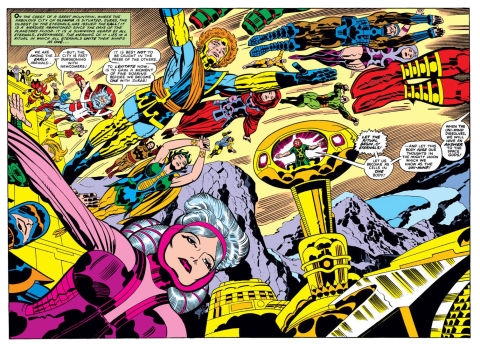 The Eternals are a race that evolved from the same genetic ancestors as humans. They were created five million years ago, give or take, thanks to genetic experiments carried out by giant, armoured space gods called the Celestials (much as the Inhumans were created by the Kree, if you’ll forgive us for reminding you).

Thanks to their effective immortality and amazing powers, they were the inspiration for many of mankind’s ancient myths. They have deadly enemies too, of course, because this is comics. Those enemies are the Deviants, a race of genetically unstable and weird-looking monsters, in another unfortunate example of pretty = good/ugly = evil. 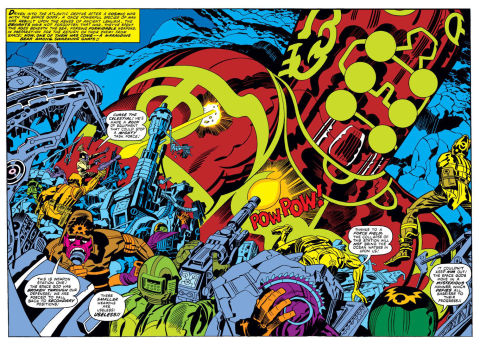 The Eternals were the brainchild of Jack Kirby, the artist/writer co-creator of Captain America, Thor, Iron Man, the X-Men, the Fantastic Four and many, many more classic characters.

This story was initially supposed to be separate from mainstream Marvel continuity, as Kirby had grown sick of the way comics storytelling had become increasingly interconnected, and wanted to tell a tale without having to worry what was going on in Spider-Man, Avengers and the rest. However, after his departure Marvel reversed that, initially bringing Thor and his fellow gods into the picture as they attempted to protect Earth from destruction by the Celestials.

The Eternals bear a strong similarity to the New Gods, another race of superpowered beings Kirby created for DC Comics. Frustrated by his work for Marvel’s rival, he switched back to his old publisher without finishing the New Gods’ epic story. There he created the Eternals, only to stop halfway through that story under similar circumstances.

Judgment of the space gods 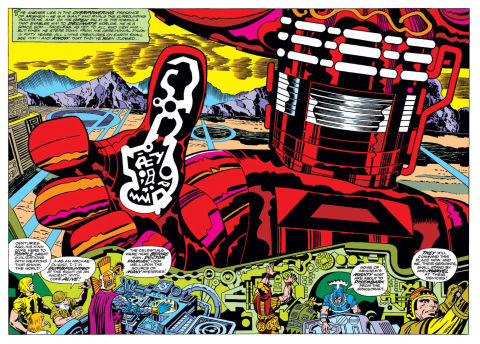 Kirby’s Eternals is set in the present day, where mankind discovers that Superbeings Walk Among Us after the Eternals’ war with the Deviants escalates again following the return of the Celestials to Earth.

The Celestials had come back to judge the Earth, with the promise that if we were found wanting their experiment would be branded a failure and we would all be killed! Thor and the gods allied with the Eternals to try to drive the Celestials away, but failed utterly. Thankfully, the Celestials decided that Earth was okay and left peacefully. 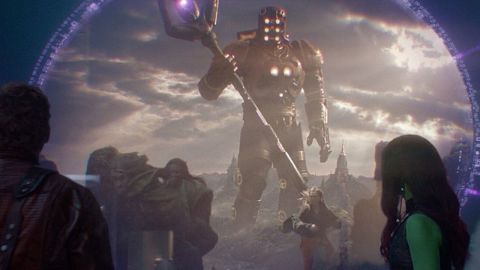 As time went on, the Eternals were tied more closely into Marvel continuity. Notable Eternals include the warriors Thena and Ikaris, and Sersi, a sorceress-type who even became a member of the Avengers.

The aliens who live on Saturn’s moon, Titan, were also retconned to be part of the race of Eternals. More on those in just a moment.

Eternals in the MCU

Confusing and unfamiliar as they are, that doesn’t mean that the Eternals don’t have a toe-hold in the MCU already. They do, via one very notable character.

When the Titans became the ‘Eternals of Titan’, that meant that their most infamous son, Thanos, became an Eternal as well. Thanos is a mutant Eternal who displays recessive Deviant characteristics, hence the purple skin and wrinkly chin – and the evil outlook too, we guess (although the latter might be explained by his mother trying to murder him when he was born because of his appearance…).

If the MCU version of Thanos is confirmed to be an Eternal, that would make the entire doomed population of Titan Eternals as well.

Incidentally, the Celestials have already made an appearance in the MCU, too. We glimpsed one in Guardians of the Galaxy in their classic armour when The Collector explains the history of the Power Stone to Star-Lord and his allies. Not to mention the lawless mining ‘planet’ Knowhere, introduced as the decapitated head of a Celestial.

In Guardians of the Galaxy Vol 2, Star-Lord’s long-lost father Ego also identified himself as a Celestial (a retcon from the comics, in which he was a mortal scientist who merged with his planet), connecting Peter Quill to the Eternals through his half-Celestial heritage. 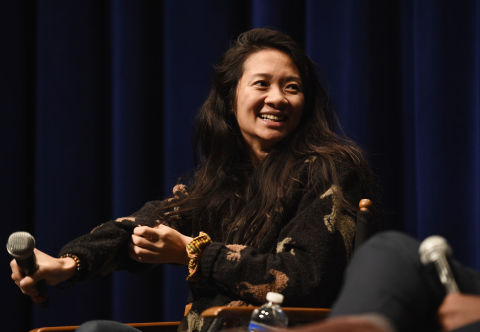 The Eternals movie was confirmed to be in the works by Marvel Studios president Kevin Feige while he was promoting Avengers: Infinity War. Reports claim that it will focus on the aforementioned Sersi, the sometime Avenger who specialises in illusion, transmutation and other magic-like powers.

No one has been cast in the movie yet, but Chinese filmmaker Chloé Zhao has signed on as director. She’s best known for the 2017 western The Rider. Writing duo Matthew and Ryan Firpo are working on the script. 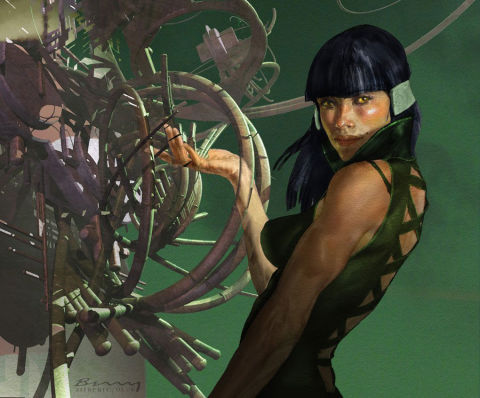 Disney has been very secretive about its post-Avengers 4 plans, but the earliest The Eternals could be released is almost certainly 2020.

Until then, perhaps the Avengers’ continuing battle with Thanos will give some clues about the Eternals’ place in the future of the MCU.