What Makes a French Comedy One of the Greatest Films of All Time?

First shown in 1939, Jean Renoir’s “The Rules of the Game” so often makes lists of the greatest films of all time that its ranking is also potentially difficult to explain. This French film doesn’t shake up conventions of cinematic storytelling as radically as “Citizen Kane” did in 1941, nor does it have the obsessive lure that makes “Vertigo” so endlessly rewatchable. Although part of the Renoir film’s reputation rests on its use of deep focus and long takes, it didn’t invent either technique — and camerawork alone isn’t why it endures.

But “The Rules of the Game” is among the most perfectly balanced of films: a movie about discretion that is in every way a model of it. The opening credits call it a “dramatic fantasy,” but it is not simply drama, farce or tragedy. It is a comedy of manners (even though the introductory text expressly disavows that description) in which manners act as a scrim. Etiquette and pageantry excuse the characters from dealing honestly with matters of the heart, and perhaps even blind them to the encroaching darkness of World War II.

“The Rules of the Game” was made in France as Hitler threatened Europe. In that context, Renoir’s comic critique of what he called a “society in decline” acquires an air of dread. The chaos and death of the final act seem like more than convenient ways of bringing the proceedings to a close.

“The Rules of the Game”: Stream it on the Criterion Channel or Kanopy; rent or buy it on Amazon, GooglePlay or Vudu.

Describing the plot only scratches the surface. The aviator André Jurieux (Roland Toutain) has made the mistake of engaging in a grand romantic gesture: He is introduced arriving in France after completing a solo trans-Atlantic flight to rival Charles Lindbergh’s. But after landing, he finds that Christine (Nora Gregor), the married woman for whom he completed the flight — and whose affection he has probably overestimated — isn’t there to greet him. He vents his displeasure to a radio reporter, and Renoir cuts to Christine listening to the live broadcast. She and her husband, Robert (Marcel Dalio), a marquis, discuss it soon after.

Why couldn’t André have calmly accepted his role as a national hero, his friend Octave (Renoir) asks, shortly after André has run their car into a ditch? Obviously Christine couldn’t have shown up to greet him. “She’s a society woman,” Octave says, “and society has strict rules.” How the characters observe those rules — or rather, bend them without breaking them — becomes the movie’s through line.

Robert, for one, understands just how distraught André must feel. “He’d risked his life,” Robert tells Christine with a kind of dashing smugness. “How could you have refused him that small token of affection?” Infidelity isn’t exactly frowned upon in the marquis’s circles; he’s been carrying on with Geneviève (Mila Parély), in an affair that is widely whispered about. Still, he is moved to end the dalliance because of Christine’s unexpected show of loyalty to him.

Robert and Christine’s concern with keeping up appearances has a subtext: Each is perceived as an outsider — Robert, for his Jewish heritage, which the servants sneer at when he’s out of view, and Christine, because she is the daughter of a prominent Austrian conductor, putting her at a remove from French society.

Octave, who grew up alongside Christine in Salzburg and says he sees her as a sister, can move seamlessly among the film’s worlds. He persuades Robert to invite André to a getaway in the country; Robert concedes his wife and her admirer “might as well see each other and talk it over.” Clearly, the only way to resolve the love triangle is to get everyone in close quarters, among other members of high society, and have everyone make a show of acting proper.

“The awful thing about life is this: Everyone has their reasons,” Octave says to Robert, after asking Robert to extend the invitation. It’s the film’s most famous line, and represents an idea that “The Rules of the Game” commits to both as a dramatic principle — the film delights in illuminating its characters’ flaws and small moments of hypocrisy — and as an aesthetic strategy. 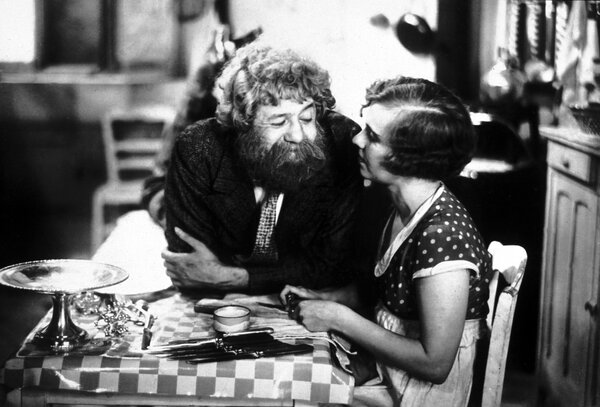 In earlier films, Renoir had already experimented with deep focus, which allows the foreground and background to be seen clearly at the same time. The device is used throughout “Rules,” to subtly underscore characters’ acting on their reasons, as they observe or pursue one another across the ornate rooms and hallways of a sprawling estate.

The film theorist André Bazin wrote that by the time of “Rules,” the director had “uncovered the secret of a film form that would permit everything to be said without chopping the world up into little fragments, that would reveal the hidden meanings in people and things without disturbing the unity natural to them.” Sudden camera movements — like the dolly shot when Christine greets a rain-soaked André when he arrives at the château — slice like the most delicate of shivs.

The film’s much-imitated centerpiece is a lengthy hunting sequence in which the characters are superficially engaged in genteel physical violence (hunting rabbits and fowl) while pairing off to commit equally genteel acts of emotional violence among themselves. André tells Jackie, Christine’s niece who is interested in him, that he isn’t interested in her. Robert breaks things off with Geneviève, although as he does so, Christine spots them through binoculars, confirming the dalliance.

The upper-crust characters aren’t the only ones engaged in deceptions; early on, Christine asks her married maid, Lisette (the charming Paulette Dubost), about her lovers. Soon Lisette begins a flirtation with a literal poacher (Julien Carette) who has angered Lisette’s boorish husband, a gamekeeper (Gaston Modot). Class satire is nothing new for Renoir — in “Boudu Saved From Drowning” (1932), a great next step if you want to explore his work further, a bookseller saves a tramp from suicide and quickly learns that no good deed goes unpunished.

But the tensions in “The Rules of the Game” — between the rich and the poor, between propriety and libertinism, between order and pandemonium — are so refined as to be almost sui generis. The characters seem slightly different with each viewing, and there are few more devastating closings than the marquis’s parting words, as he invites his guests inside to hide from the cold.