Michael Powell’s disturbing chronicle of a murderous filmmaker was ahead of its time, influencing Martin Scorsese, Brian De Palma and Kathryn Bigelow. 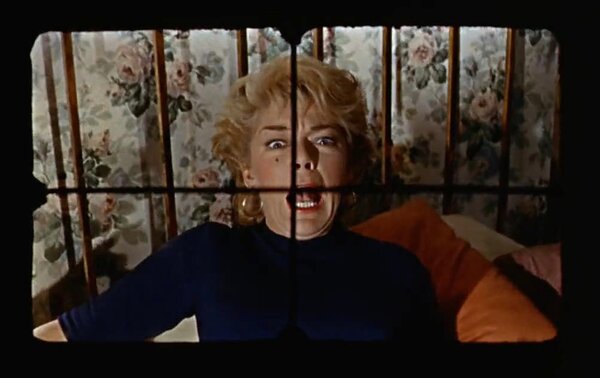 If I had the ability to wipe my memory of one movie and then take a time machine back to watch it at its very first screening, I would pick “Psycho” (1960). I suspect that would be a common choice. The goal wouldn’t simply be to recapture the excitement of my initial viewing long ago — when I braced for the shower scene even though I knew to expect it — but to come to that viewing completely cold, without knowing there was a shower scene at all and without being aware of how boldly Hitchcock would challenge narrative conventions.

But Hitchcock wasn’t the only director who released a film in 1960 that pushed the boundaries of onscreen violence or raciness, or that represented a decisive break from anything he had done before. Michael Powell’s “Peeping Tom” also qualifies and, in some ways, is even more confrontational in raising questions about the audience’s relationship to the screen. Until then, Powell had been one of the leading lights of the British film industry, and the scandalousness of “Peeping Tom” reputedly hastened the end of his career there (although some have argued that the circumstances were more complex). Imagine a “Psycho” told primarily from the killer’s perspective and in which the killer, a filmmaker himself, is equated at various points with both the director and the viewer.

“Peeping Tom” has had an enduring influence on filmmakers like Martin Scorsese, who was instrumental in its revival, as well as on Brian De Palma and Kathryn Bigelow, whose “Strange Days” puts a virtual-reality spin on the protagonist’s obsession with orchestrating a particular kind of murder. But the cultural footprint of “Peeping Tom” is surely lighter than that of “Psycho” — which means if you’re lucky, you may be able to experience it fresh, with all its shocks unexpected. (If that’s you, maybe save this article for later.) 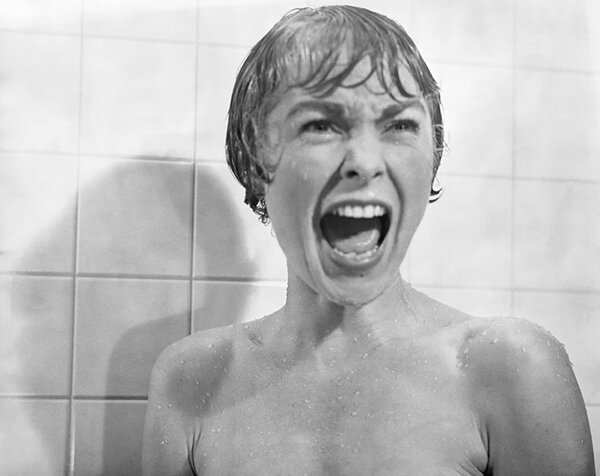 “Peeping Tom”: Stream it on Amazon Prime, the Criterion Channel or Tubi; rent it on Google Play or iTunes.

Powell is not an easy director to box in; his nearly 50 years of filmmaking can’t be reduced to a shorthand description. But he is best known for his work in the 1940s and ’50s with his directing, screenwriting and producing partner, Emeric Pressburger — and particularly for their lavish Technicolor productions like “A Matter of Life and Death” and “The Red Shoes,” both outstanding places to start in a less Halloween-y week.

But the first sequence in “Peeping Tom” is like nothing else in Powell’s career — and maybe nothing else until films like John Carpenter’s “Halloween” (1978) made the serial killer’s point-of-view shot a familiar screen trope nearly two decades later.

Much of the sequence plays out through the cross-haired viewfinder of a movie camera, as Mark (Carl Boehm), the man we will soon come to understand is our surrogate, hires a prostitute and stalks her up a stairway to a room, secretly recording her with the Bell & Howell he has hidden in his coat. As he closes in on her, and a glinting light flashes across her face, she screams. Cut to a projector rolling in Mark’s private screening room as he watches the film he’s just shot. Although Mark’s black-and-white footage has no sound, the driving piano score accompanying it transforms the images into something that resembles a vintage silent movie. Being a voyeur, seeing terror and excitement in others’ faces — these are the fundamental ingredients of cinema.

Mark knows firsthand the look of fear he wants to capture. As he will explain to Helen (Anna Massey), his neighbor from downstairs, he had no privacy growing up: He was always being filmed by his father (Powell in a cameo), a scientist who wanted a total record of a child’s upbringing. The father was also interested in the nervous system’s reaction to fear, and so he found ways to scare Mark while filming him. What Mark doesn’t reveal to Helen is that he has cultivated his father’s interest, and pushed it to murderous extremes.

Mark’s duality — shy artiste and secret killer — extends even to his occupations. He works one job photographing nude women in a space above a newsstand, where the photographs are sold under the table. (Mark is hardly the only one in the movie hiding violence; the first woman we see him photograph asks to be shot in a way that won’t show the bruises inflicted by her fiancé.) More respectably, he works as a focus puller at a film studio, where, amusingly, a director is having trouble getting an actress to faint, despite having a covert master of shock on his crew. As others have noted, Powell doesn’t disguise Boehm’s German accent, which amid the English accents elsewhere is simply another means of keeping us off-balance around Mark.

Powell has always been a maximalist when it comes to color and shadow, pushing them well beyond the confines of naturalism and into an almost abstract, primal realm. Some shots in “Peeping Tom” have so many hues, it’s as if he’s trying to capture every color on the spectrum. But even the quieter scenes demonstrate a dazzling and discomforting use of complementary colors. Note how, when Helen and Mark go on a date, Massey and Boehm’s coats have been carefully matched with the decorative palette of the building they live in.

The film’s centerpiece — and another stunning use of color — is the second murder. Mark has conspired to keep a stand-in at the studio, Vivian (Moira Shearer), after hours, to film her finally getting a chance to act. She asks what Mark wants her to play. He tells her to mimic being frightened to death — which won’t be hard. The suspense is suitably Hitchcockian: Much as Janet Leigh’s shower leading up to her murder lulls viewers even as they subconsciously await the worst, Vivian is shown, at great length, dancing to a jazz number to warm up for her big scare scene. The sequence holds up a dark mirror to “The Red Shoes.” In that film, Shearer played a ballet dancer who was prepared to dance until she dropped dead. In “Peeping Tom,” she dances to her death unwittingly.

In another Hitchcockian sequence, while Mark and Helen are on a date, Powell cuts back to Mark’s darkroom, where the tick-tick of a timer is measuring the development of the film on which Mark has recorded Vivian’s murder. “Peeping Tom” arrived early in a wave of cinema that deigned to deconstruct the medium and show its tools: Mark is a one-man camera crew, director, film processor and — more obliquely — sound man. And while the movie’s power as a pure thriller endures, the film also leaves viewers with a disturbing implication: that we, as spectators who want more movies and more thrills, on some level always root for Mark to succeed.