Top Gun: Maverick – the sequel to the 1986 military drama Top Gun – has unveiled a first look at Tom Cruise.

And, after 32 years, he looks almost exactly the same.

In the brand new picture, Cruise’s character Maverick is pictured wearing shades and riding a motorbike. Check it out below: 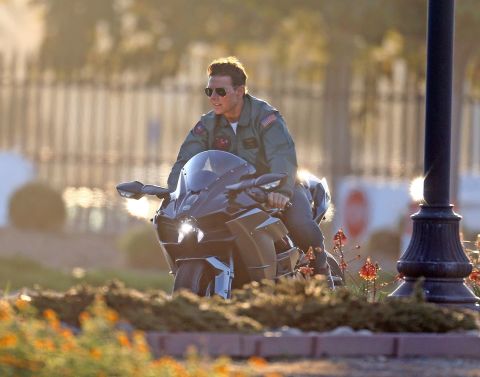 At the moment, details on Top Gun: Maverick are in short supply, but director Joseph Kosinski has been dropping a few hints about what fans can expect from the follow-up.

The film is set to explore Pete ‘Maverick’ Mitchell’s time in the modern military, with Kosinski explaining: “The Navy is very different now than it was in 1986. Back then, they hadn’t been in any war for 15 or 20 years at that point.

Originally, Paramount Pictures had given the blockbuster a release date of July 12, 2019 in the US, meaning it would arrive in cinemas more than 33 years after the original.

Unfortunately, the sequel was then delayed an entire year and is now scheduled to hit cinemas on June 26, 2020.

Paramount said the extra time will give filmmakers the opportunity to work out the logistics of presenting flight sequences with new technology and planes.