The seventh Mission: Impossible movie, Dead Reckoning – Part One, is due to hit cinemas in July 2023, but Tom Cruise keeps getting hit with obstacles. The Hollywood star is currently filming the high-octane spy thriller in the Lake District where he is utilising the picturesque setting and high-speed railway system. But during one scene near a local village, he had no choice but to call “cut” when it became “impossible” to go on. He might be the master of managing large human crowds but this mob wasn’t after an autograph or selfie.

Cruise’s film shoot was brought to a halt by a large flock of sheep that managed to stampede their way onto their movie location. The Scientologist was described as “admiring” the flock as he called for cameras to stop rolling.

The 60-year-old star, who is also a producer for the film, then stood to the side to let the rampaging barn animals pass through his set.

Once the rampant animals were finally well out of the shot, Cruise and his director, Christopher McQuarrie, got back to work.

Bizarrely, this is not the first time in the movie’s shoot that an animal has potentially ruined an important shot for the film. Earlier this year Cruise also had an unexpected with another animal let loose. 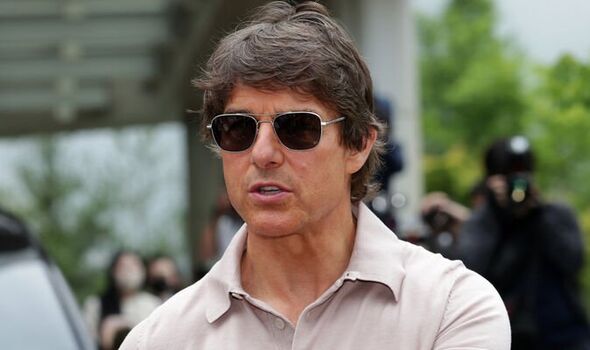 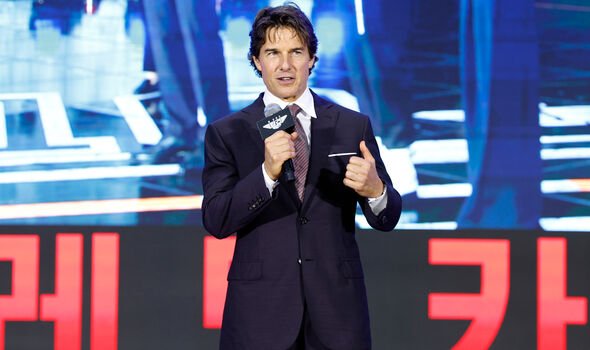 Cruise’s shot was ground to a stop by a Siberian Husky named Blitz who tore onto the set in the middle of an intense scene. The dog’s owners, Adam Wheeler and Lucy Hinch, quickly tamed their beast and apologised profusely.

In an interview with the Northern Echo, the dog owners revealed Cruise was not bothered by the disruption. This was no doubt a relief considering the star has been caught on camera raging at his colleagues over the years.

Cruise even “happily” stood to take photos with the couple before he jumped onto a helicopter and flew away.

Wheeler later gave some details about how caring Cruise was. He was even particularly apologetic for any disturbance he may have given the local residents. 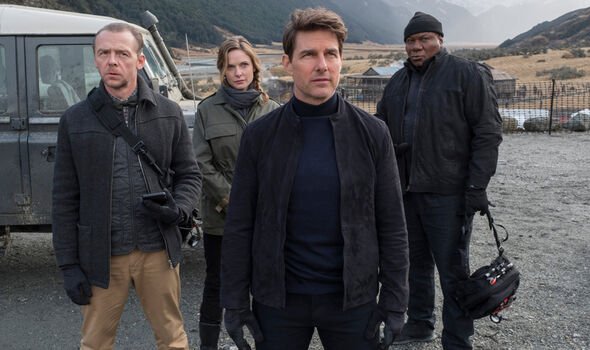 Wheeler said: “[Cruise] was nice and polite and really humble. Tom Cruise apologised for the noise of the helicopters and asked if we were alright. He was making sure everybody who wanted to, got their photos with him. We were the last ones to get his picture and then he just paraglided off the mountain back to his camp next to Buttermere.”

Cruise seems to be working with a lot of British stars for this upcoming movie. He recently brought Captain America star Hayley Atwell onto the series as the new femme fatale in Dead Reckoning – Part One.

The film’s trailer – which you can watch at the top of this article – has already shown her getting involved in perilous car chases and deadly games of spy hide-and-seek. What’s more, he also brought back fan favourite Simon Pegg as Benji Dunn.

Pegg recently opened up about the film’s production in an interview with Discussing Film while chatting about Top Gun. He said: “I’m very excited, obviously. I’m glad in a way, I think the success of Top Gun: Maverick has proven to everybody that the right decisions were made in terms of how things have been held back or delayed. Obviously, we need some separation between Top Gun and Mission: Impossible, but they dropped Top Gun at exactly the right moment for it to hit as powerfully. I mean, not least because it’s a great movie, but it just played so well in terms of getting people back to the theatre.” (sic)

He added: “By the time Dead Reckoning Part One swings around next year, I think people will be fully back in the movie houses if they’re not already, and we’ll see something utterly spectacular that’s built specifically for the cinema.”