Netflix doesn’t typically release figures in regards to how well shows or movies have performed – but what we do know is that To All the Boys I’ve Loved Before is one of its biggest ever original hits.

The streaming platform put out some information in a recent earnings report (via Variety), and in there, it reveals that its romantic comedy ‘Summer of Love’ line-up this year has enjoyed a massive audience.

80 million subscribers, in fact, have played at least one of its new rom-com offerings.

One such movie part of ‘Summer of Love’ is To All the Boys I’ve Loved Before, and it’s safe to say that the Lana Condor-led movie was very much the standout.

Netflix described it as one of the “most-viewed original films ever with strong repeat viewing”.

If you want further proof of To All the Boys I’ve Loved Before‘s popularity, Netflix also shared that Lana Condor’s Instagram following has increased from 0.1 million (before the movie’s launch) to 5.5 million while Noah Centineo saw his number rise from 0.8 million to 13.4 million.

We would be surprised if the movie didn’t get a sequel, particularly as the book it’s based on is part of a trilogy. 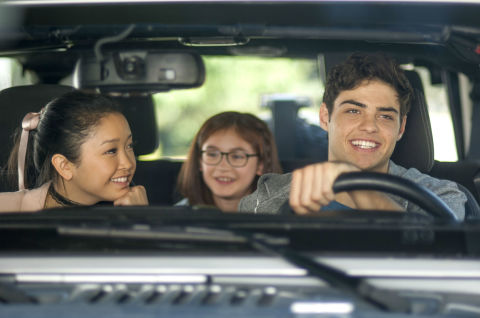 Condor said last month that she hopes it happens.

“I think I can speak for the whole cast when I say we all want to do the sequel,” she told Metro. “We haven’t gotten a confirmation officially or anything from anyone, but it seems very very positive.

“I think I heard something about Netflix giving a movie a month to see how it does and then [they] kind of make their decision on whether or not they want to do a sequel. But I know the whole cast wants to do it and I for sure would definitely love to.”

To All the Boys I’ve Loved Before is available to watch on Netflix.