Titans boss lets slip that The Batman could feature Robin

It turns out that actor Ryan Potter, who will star as Garfield Logan/Beast Boy in DC Universe’s Titans, also sent in audition tapes for the role of Tim Drake – the third Robin after Dick Grayson and Jason Todd – in The Batman, back when Ben Affleck was still attached to write and direct.

This nugget of information was teased by Johns during the new show’s panel at New York Comic Con (via Flickering Myth).

Following Affleck’s exit from The Batman, Matt Reeves (War for the Planet of the Apes) took over the project.

So whether or not Tim Drake/Robin will appear in Reeves’ version remains to be seen.

Last month, DC gave fans a first look at one Robin coming face-to-face with another Robin in Titans, ahead of the show’s release.

Meanwhile, showrunner Greg Walker recently promised that the spectre of Batman will be ‘looming large’ as Dick Grayson and Jason Todd grapple with their not-so shared identity.

Hinting at tension between the two, Walker explained that Titans will be a study “in contrasts” and the differences between how the Robins were raised. 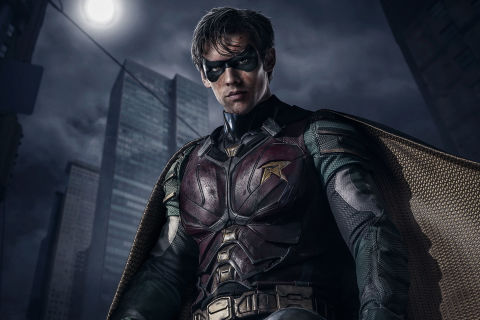 “It’s kind of like one of those classic covers of the books – original versus number two – and in many ways, you really see that,” Walker explained.

“This encapsulates the tension, the energy between these two guys. It’s like running into your ex-girlfriend’s new boyfriend, minus the sexual tension.” (Good to know.)

Going on to call Titans “a family show”, Walker revealed that Dick Grayson will struggle to see another Robin form a different dynamic and relationship with “dad”.

“The second child gets away with stuff the first child would never get away with in a family, and ours is really a family show.” 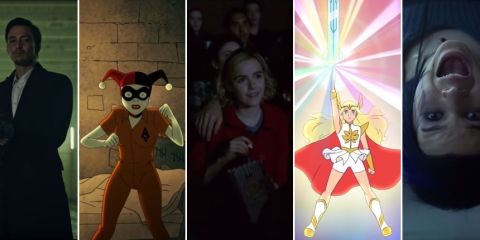 Titans is set to launch on streaming service DC Universe on October 12, with Netflix airing the show in the UK.