In this edition of Theme Park Bits:

You may recall that in our last Theme Park Bits column, I mentioned how there was a possibility – however remote – that Six Flags was going to buy Cedar Fair, the company behind theme parks like Cedar Point and Knott’s Berry Farm. Well, if you’re a fan of either of these companies and you didn’t want a big merger, you’re in luck. Even though the offer was apparently quite real, Cedar Fair has turned it down. It’s not that Six Flags’ offer wasn’t impressive – it would’ve valued the company at a drastically higher amount than it is now – but the Cedar Fair shareholders weren’t impressed at the long-term ramifications. So…yay for shareholders not being intensely greedy?

If you’ve been to Disneyland lately, you know that getting FastPasses can always be a mixed bag. On the one hand, it’s great to get a free front-of-line option (for those of you who don’t use MaxPass), but going back and forth being attractions can be annoying. In Tomorrowland, the FastPass options are about to get an overhaul. As reported by MiceChat, a new system is being tested this month wherein you can get your Tomorrowland attraction FastPasses from the same touch-screen system placed in front of the Tomorrowland Theater. You’ll still have to return to the attraction at a certain time, but paper reminders will be a thing of the past (appropriately enough). 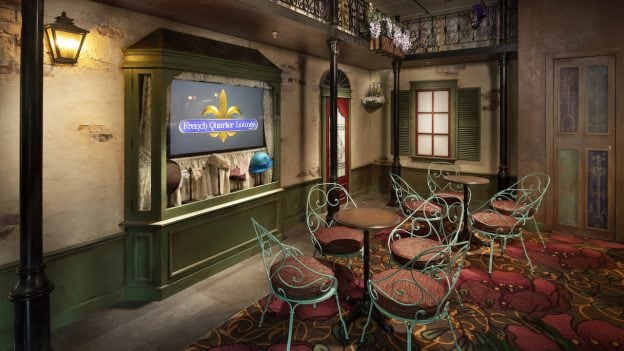 The Disney Parks experience often extends beyond physical parks. It’s a bit of a stretch, but the Disney Cruise Line is part of the overall experience of being a Disney fan (if you’re rich enough to take a trip on one of their ships). One of their major ships, the Disney Wonder, has undergone some extensive enhancements, now unveiled, that are themed to the wonderful animated film The Princess and the Frog. The details look pretty remarkable, from the trolley replica to the French Quarter-themed restaurants. The only real shame here is that this theming isn’t in a physical, outdoor location as opposed to the four walls of a cruise ship.

If you’re at Walt Disney World, you’ll likely (or hopefully) make a stop at Epcot, even amidst its extensive construction and overhauling in advance of the 50th anniversary of the resort (and, in 2022, the 40th anniversary of that specific park itself). As has been the case with past extensive updates at a Disney park, you can also get a bit of a glimpse into what to expect in the future with the Epcot Experience in the Odyssey Pavilion. The Epcot Experience is a pretty slick-looking way to see what Epcot is going to look like once all the construction walls are removed (and the Odyssey Pavilion is rarely open to the public), so don’t miss out. 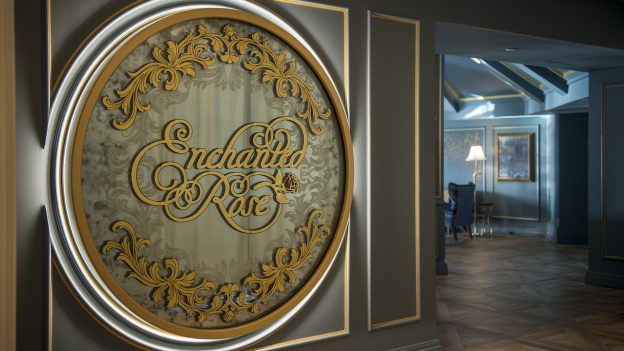 The Grand Floridian Resort and Spa, as written about here in recent Theme Park Bits columns, has gotten an overhaul of its own. The Enchanted Rose Lounge is now open at the resort hotel, inspired by the recent remake of Beauty and the Beast. The various food and drink options, as glimpsed inside that blog post, look awfully tempting (and, from the menu, they’re awfully, awfully expensive, so get your wallet ready). If this ends up being a hit, I wonder if the Animal Kingdom Lodge will get a new lounge inspired by the recent remake of The Lion King. Stranger things have happened.